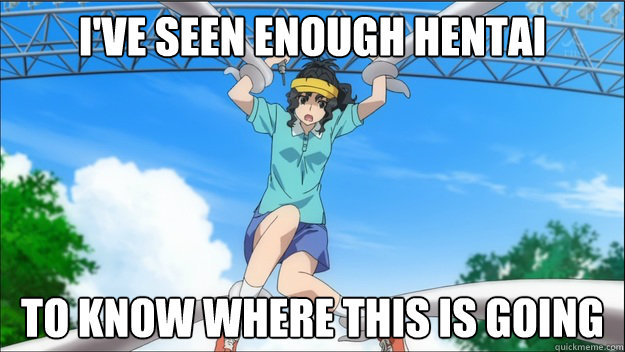 According to Know Your Meme, the phrase became popular around 2011 when posted on an animated batman gif. However, tentacle pornography has been around for hundreds of years, and can even be seen in The Dream of the Fisherman’s Wife from 1814 (Although the link takes you to Wikipedia, there are pornographic images on the page!).

More examples of these meme can be seen in the images below.