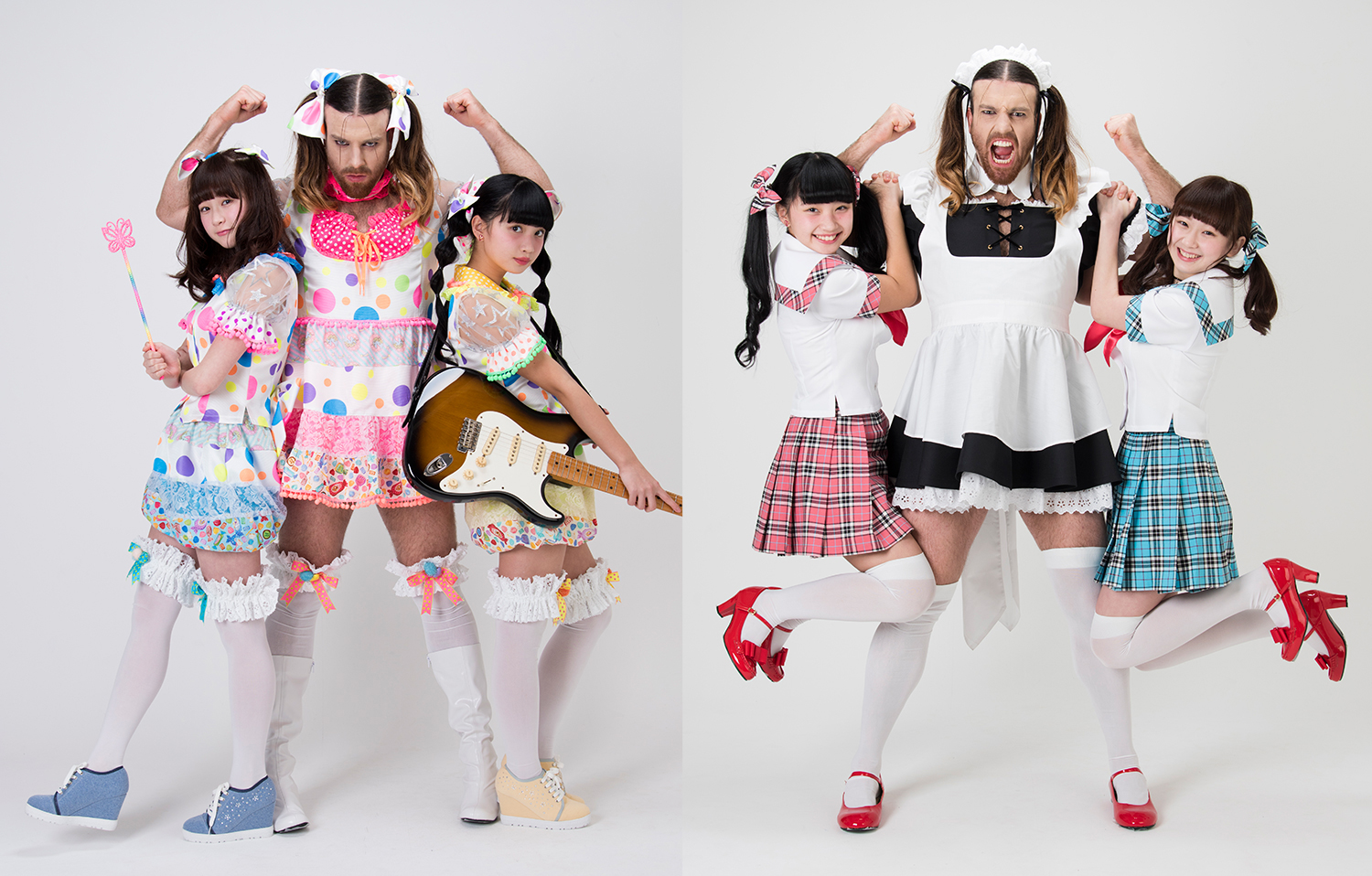 Is LADYBABY the Next Big Thing?

The new Japanese metal idol jpop fusion band is called LADYBABY. It may seem a bit familiar to some…

A few months ago a new musical group based in Japan was formed. It combined metal from a male Australian wrestler and entertainer known as Ladybeard (real name Richard Magarey) with jpop from two female idols, Kaneko Rie (金子理江) and Kuromiya Rei (黒宮れい). Together they became LADYBABY.

Their very first music video and single was released on their official YouTube channel on July 4, 2015. The song is entitled Nippon Manju. Nippon is the Japanese name for Japan, and Manju is a Japanese food.

Some fans may seem some similarities between LADYBABY and the Kawaii Metal band, BABYMETAL. I definitely thought of BABYMETAL the first time I saw LADYBABY’s music video. Then I saw Elder’s React to LADYBABY on the Fine Brothers Entertainment channel. That video featured a few facts at the bottom of the screen. One fact had a quote from the CEO of Clearstone, a costume company that funded and formed LADYBABY, “…I’ve got these two girls, and I want to put you in a group with them. It’ll be like BABYMETAL except you’ll be in it.” So it’s pretty obvious that they created this group to ride on the coattails of BABYMETAL.

Even with that said, the group isn’t that bad. I honestly do not prefer the growling-type vocals of LADYBABY, which is why I don’t listen to as much metal as most people, but there’s a decent mix of vocals from all three members in their debut song. LADYBABY does not have a full album at this time, but they do have a single entitled “Nippon Manju” that features the songs “Nippon Manju” and “Ultra Lucky.” I’m definitely interested in what they have to offer.

Many have spoken badly about LADYBABY without even comparing them to BABYMETAL. As you would guess, their main focus is LADYBEARD for wearing dresses and dancing the same way the idols do. I actually don’t have a problem with this. He doesn’t give a fuck, and I absolutely love his attitude. He’s been cross dressing long before LADYBABY, so it’s not a stunt specifically for this group.

Tell me what you think in the comments below. What do you think about the group and their single, Nippon Manju? If you’d like to buy their single, you can grab it off Amazon through the link below. Use my link and I’ll get a small cut from the purchase. It won’t cost you anything extra, but it will help keep my site running!