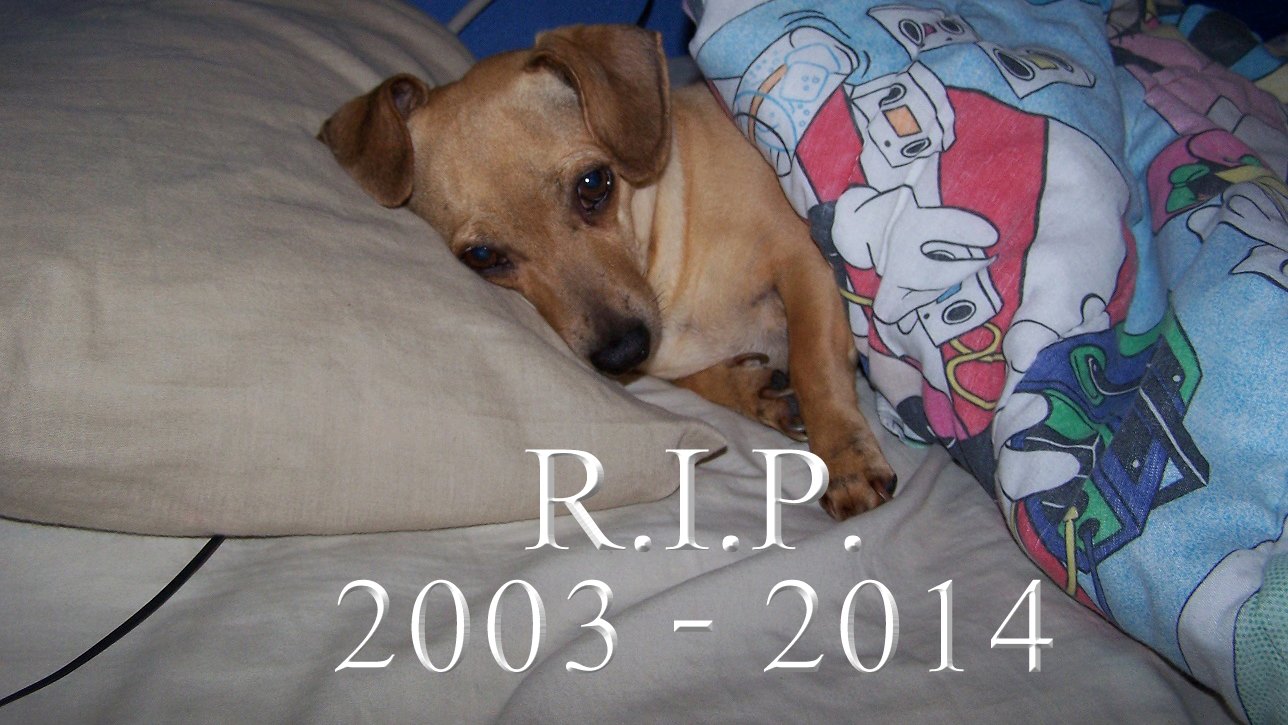 Unfortunately, one of my dogs passed on yesterday.

One of my family’s dog, Ponchita, was put to sleep yesterday on June 12, 2014. It was a very sad day for the entire family. Apparently she’s had breast cancer for some time. It finally took its toll on her, and we made the decision to put her down instead of let her suffer for who knows how long. It got to the point where she didn’t want to eat anything, couldn’t walk, and was crying out of pain. 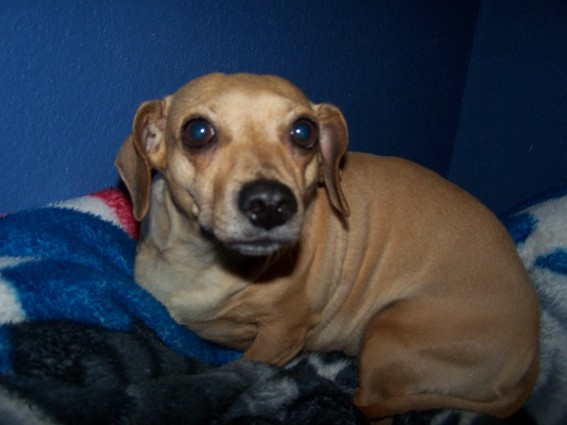 Ponchita was born sometime around June in 2003. My sister brought her home from her friend’s dog’s litter when she was still a tiny puppy. I remember the dog being small enough to hold in a single hand, but still old enough to live on her own. She was a half wiener and half beagle mixed breed. I think she was given the name Ponchita by the original owner before my sister took her, but we ended up shortening it to Ponch in normal conversation. She grew up like a member of the family – at least, I tried to make her feel like a member of the family. My parents didn’t think animals should be treated the same as people, but I always disagreed. No doubt, some of us spoiled her quite a bit. 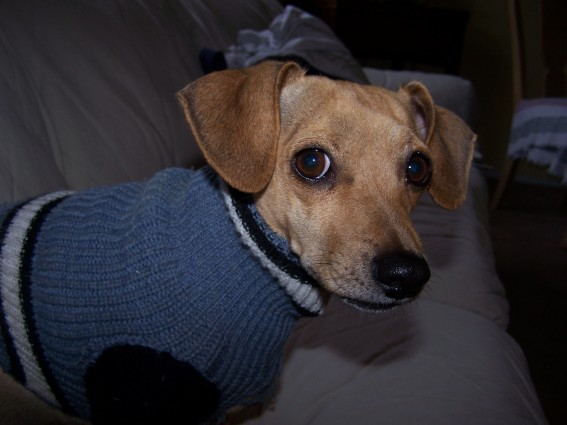 We all remember how she sat at the edge of the kitchen while anyone was making food. When she was younger, she would sit up like an otter or meerkat and hope we gave her some food. Back then I would sometimes wrestle with her. Don’t worry, we always wrestled on a mattress to make sure she never got hurt. Ponch didn’t like some of the wrestling moves I did on her, and would bite me if I even said the word Chokeslam. Of course, she never bit hard enough to make me bleed or anything like that.

As she grew up, my mother would feed her a ton even though Ponchita didn’t walk around all the much. I would sometimes call her Fat Ponch because she wouldn’t stop eating, and she would eat so dang quickly! For the most part she would be a nice, loving dog. I think the only thing that really annoyed us was how she would bark like crazy if anyone knocked on the door or rang the door bell. Sometimes she would bark if she heard any sort of knock or door bell, even if it was from the TV. If my sisters made this high pitched noise, it would make Ponch go crazy and howl/cry. I’m not sure how else to explain the noise she made. She would usually make the noise if she got really excited, too. 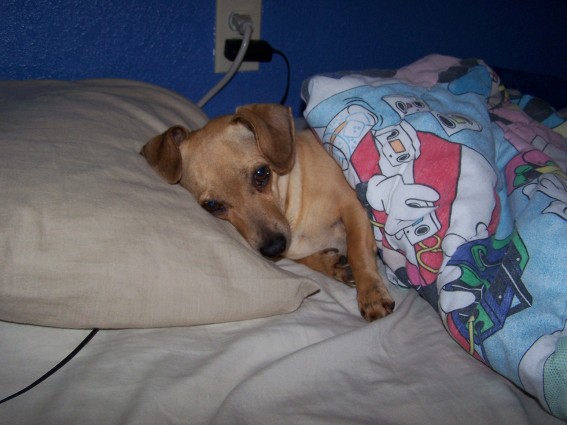 The years passed by, and Ponchita got less and less active. She would lay around or sleep for most of the day on her bed or in any spot of sunlight. It seemed like her health went way south out of nowhere. It was definitely a tough choice to make, but we had to put her down. We still have another dog named Flufs the Magic Dragon who would always get jealous if we paid any attention to Ponch. I’m not too sure how Flufs will react from here on out. Flufs still has the cats around her, but she never liked them as much as Ponch. Well, I’m sure the family will keep Ponchita in our memory for the rest of our lives. Rest in Peace Ponch!