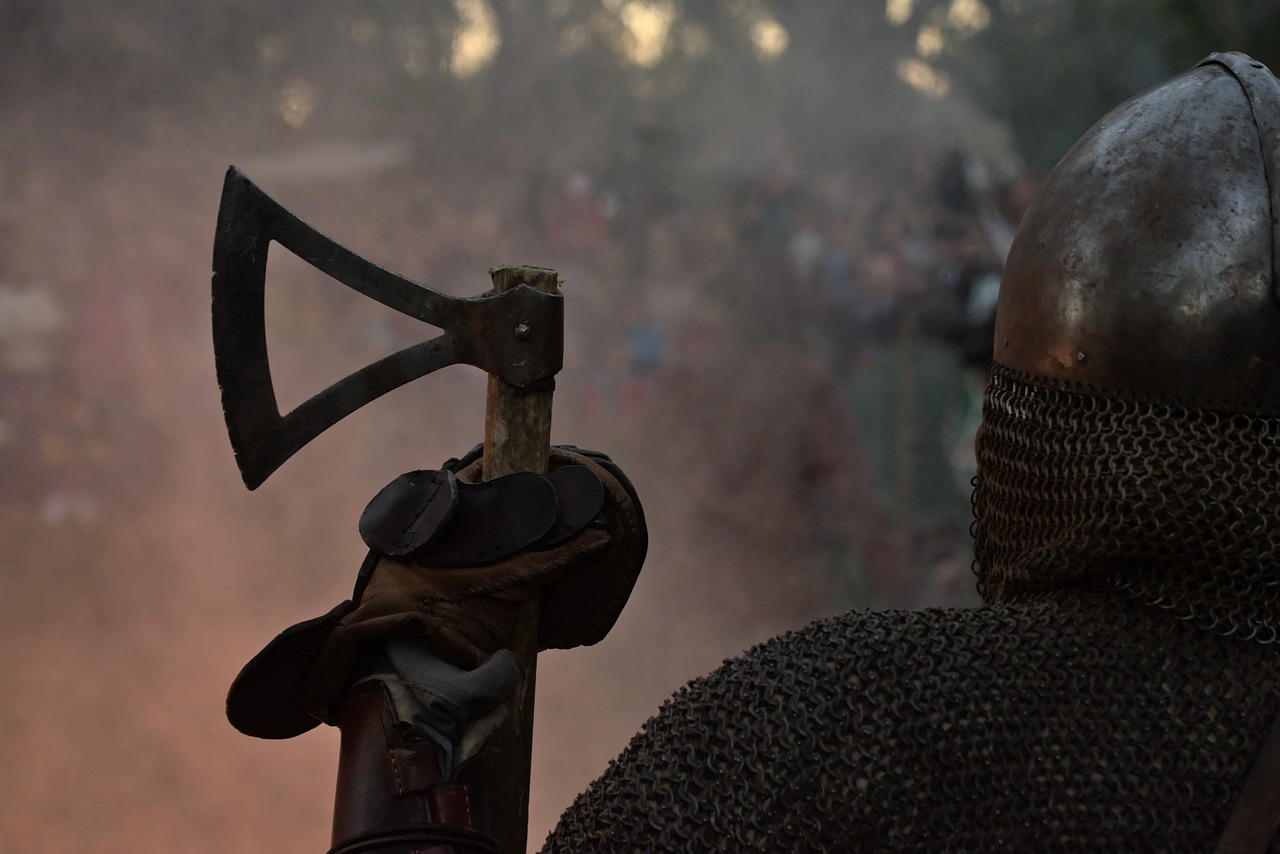 The latest installment in the Assassin’s Creed franchise came out recently. And as you may have gathered if you’ve been on the internet much lately, the release of Assassin’s Creed Valhalla may just be the gaming event of the year. Set across a sprawling rendition of the Viking Age British Isles, and revolving around the new lead character of Eivor, this game showcases the best of the series and of the latest consoles at the same time. It’s adventurous, challenging, action-packed, and most of all, gorgeous to play.

As outstanding as Valhalla is though, it’s also gotten us thinking about other games based on (or at least involving) Vikings. These games don’t exactly comprise a genre unto themselves, but they actually make for a lot of fun titles across various genres and mediums.

Here, in celebration of Valhalla, are some of our favorites.

If you’re looking for a beautiful, modern video game with satisfying Viking content that isn’t Assassin’s Creed Valhalla, then For Honor may be the best choice for you. This game came out in 2017 as a much-hyped twist on the fighting genre, and featured various famous types of warriors from throughout history — including Vikings. The best of For Honor is its multiplayer mode, through which you can thoroughly customize your character and take on other players. Build up a Viking character to play with and you’ll feel very much immersed in the lore.

If, like many, you tend to focus mostly on mobile and/or console gaming, Northgard is a title that may have escaped your notice. It’s a PC exclusive strategy and survival game, but one that stands atop its class. Indeed, the PC Gamer site (which provides more of a focus on some titles exclusive to the medium) gives the game high ranks on the grounds that it’s “so much more” than its counterparts, like Age Of Empires. Essentially, Northgard is an AOE or Civilization-like game, but one that challenges you to manage the everyday living in an ancient Viking culture. You have to manage resources, control your clan, defend the land, and, yes, occasionally do a bit of warring. It’s a fairly simple game from a visual perspective, but a highly entertaining Viking experience.

The Banner Saga is the only app game on our list (though it was so popular it ultimately inspired console adaptations). Originally released in 2014, it is a Viking Age RPG with en element of fantasy to it. Essentially, in this game, you are tasked to lead your people and help a small settlement to thrive in the face of persistent threats from evil foes known as the Dredge. At a glance, The Banner Saga is fairly simple. But the best thing about it is ultimately that it’s actually quite a challenge to play through (in a good way).

This is another unique selection in that it’s the only game from the online slot machine category we’re including. That said, the Foxy Games platform on which Norse Gods & Giants appears actually hosts a few different games with Viking themes — including one that’s called simply “Viking Riches” and another known as “Thor’s Lightning.” All are representative of this genre’s widespread embrace of historical and fantasy themes. But Norse Gods & Giants — an installment in an “Age of the Gods” series that primarily focuses on Ancient Greek and Olympian themes — is the best of them. It’s a bold, vibrant digital slot reel that brings a fantastical version of Viking lore to life, making a slot arcade more exciting than just about anything else could.

Okay, so Fortnite is by no means a Viking game. Nevertheless, it is part of a new era of online gaming, and one of the most important titles in recent history. And in 2018, when Viking skins and equipment made their way into the game, we at least gained the option of playing as Viking characters in the wacky and wonderful world of Fortnite. So, while it is not a Viking game or really anything close to it, it’s still the case that some of the most fun you can have in this game is by playing as a Viking.

Assassin’s Creed Valhalla dwarfs all of these experiences in scope, as well as in pure quality. It’s a first-class console game that looks to be establishing itself at the top of a vaunted series. But if all the talk of Valhalla has you yearning for Viking gameplay in general, these are all games you should take a look at.