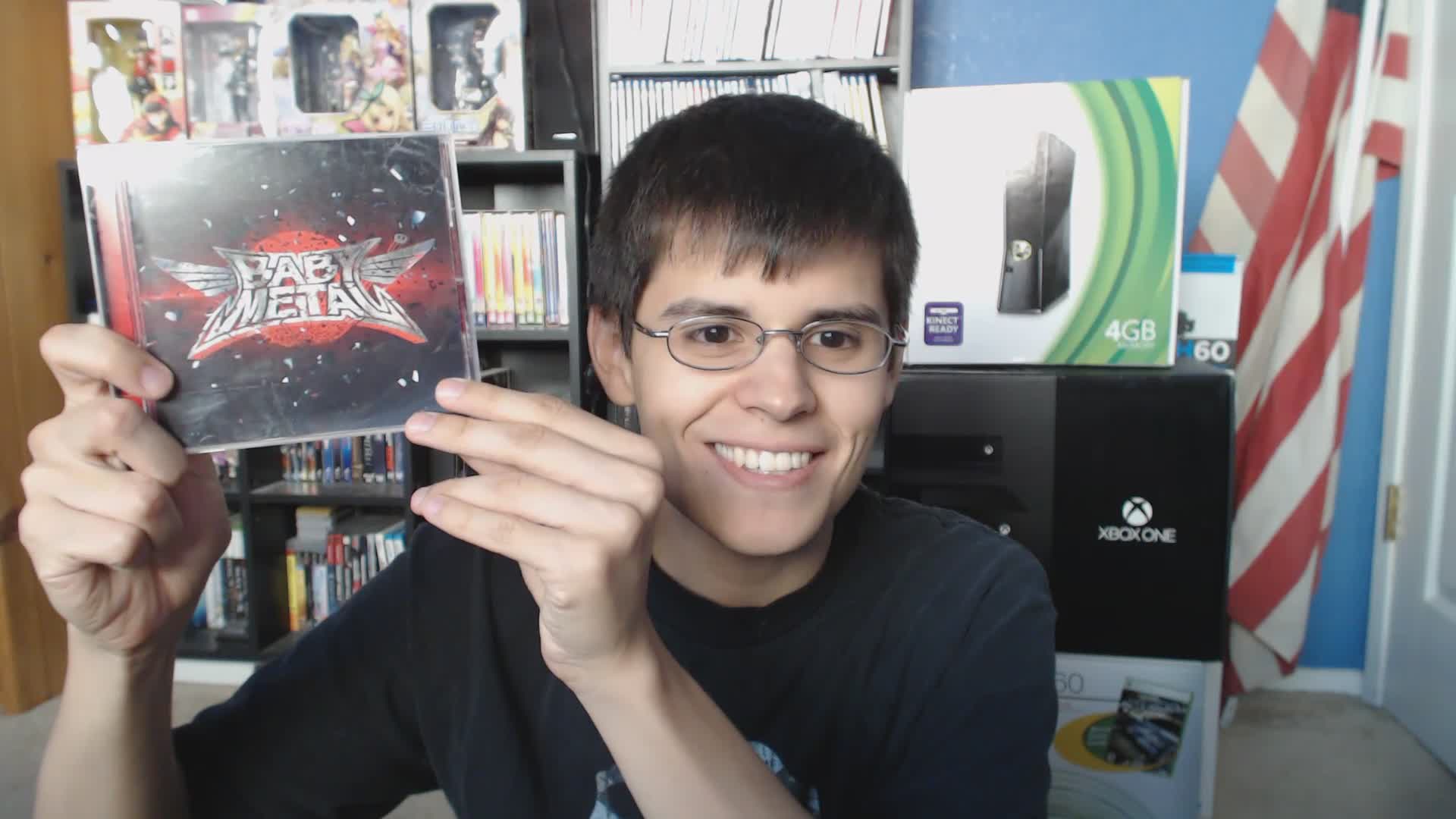 I Actually Bought a CD

Is it the 90s? Because I bought a music album on CD.

Recently I decided I would start trying to buy all my music and movies instead of illegally download them. To be honest, I decided on this for movies a few years back, but I recently made this decision for music.

One reason I made this decision is because I’m a grown ass man now. I also want to support the people or movies so they can actually make more music or movies. I also try to buy shirts so I can show off my love for that product. Most of the time I buy anime movies and TV shows, and I want to support those so they can localize more anime for western release.

I’d say the biggest reason I made the decision was due to quality. I always want the highest quality out there! When it comes to Blu Ray Discs, I want full 1080p resolution with DTS HD Master Audio if available. I didn’t spend all this money on a 7.1 surround sound system for nothing! When it comes to music, most people can’t tell the difference between MP3s and the higher quality uncompressed WAVs or FLACs. I’ll admit that it’s hard to tell the difference for most songs, but when you listen to hard rock or metal at relatively high volumes on an MP3, stuff really meshes together and sounds badly. The drawback to having uncompressed audio is the large file size. An average song using MP3 is 3 or 4 MBs. An average song using WAV is around 30 MBs.

I thought about buying some more CDs off of Amazon since it seems all CD stores are out of business these days. Yes, I’m so old that there were CD stores around when I was younger. This may sound like a joke, but I’m being completely truthful: we had a CD store right next to our Blockbuster in town. I’m sure they’re both out of business now. Anyways, I made a small wishlist on Amazon of the CDs I’d like to buy. Three of the Linkin Park albums on there I used to own, but I think my sister may have taken them. There’s also this one All Time Low album that I loved back in the day, but they stopped producing them. The All Time Low album “The Party Scene” is now going for $900 on Amazon for a used copy and around $100 on eBay.

As you can see in the main image of this post, the CD I bought was the debut album from BABYMETAL! I wrote about them in a previous post, and I still suggest everyone should give a song or two of theirs a listen. They may just capture your attention and affection. I bought the CD from Amazon and it supposedly had to ship from Japan, so the price was crazy. They sent it to me in a padded envelope. When it arrived, the front part of the case was badly cracked. I ended up swapping the front part with another case we had lying around that nobody used. The insert has lyrics to all 13 of their songs with some pretty cool art in the back.

You can buy the BabyMetal MP3s here from Amazon, or you can import the high quality BabyMetal CD from here.

Am I the only one around here that still buys CDs? I know most people probably buy MP3s off of iTunes for their iPhones or whatever. Then there are the hipsters that still buy vinyls. Leave a comment and tell me how you get your music, even if that means illegally downloading.