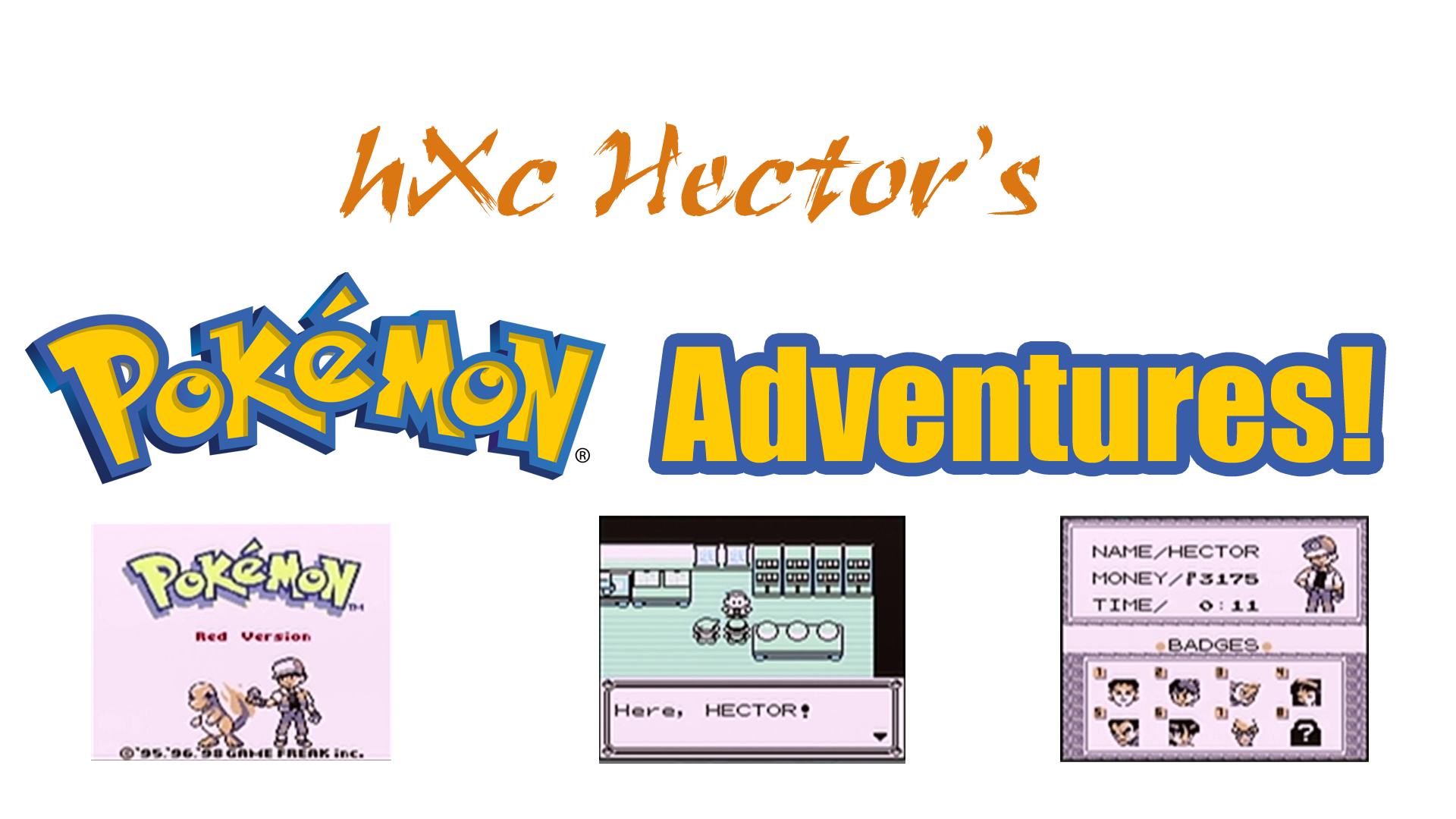 Today I begin my epic Pokemon gameplay commentary on YouTube!

For awhile now, I’ve been struggling over what to do on my gaming channel. I like playing a variety of games, but I don’t exactly have the money or time to play all of these brand new or most wanted games. I also love making strategy guides, but those take the longest to make! Recently, I decided to focus more on Pokemon. Pokemon is probably the series I’m best at and know the most about. I will continue playing other games, but I want the majority of my videos to revolve around Pokemon.

Today, I uploaded my very first Pokemon Red gameplay. I would like to go through one game in each generation of the main series on my YouTube channel, playing the way I like and know how. For now I’ll call it hXc Hector’s Pokemon Adventures. It has a nice ring to it, right? You can watch the first episode below. I want to use only original versions of the games, not ROMs and Emulators or any hacked versions because I want to be able to trade with other Pokemon games and use my Pokemon in Pokemon Stadium, Colosseum, and Battle Revolution. Check it out and subscribe to my channel for more hXc Hector’s Pokemon Adventures!