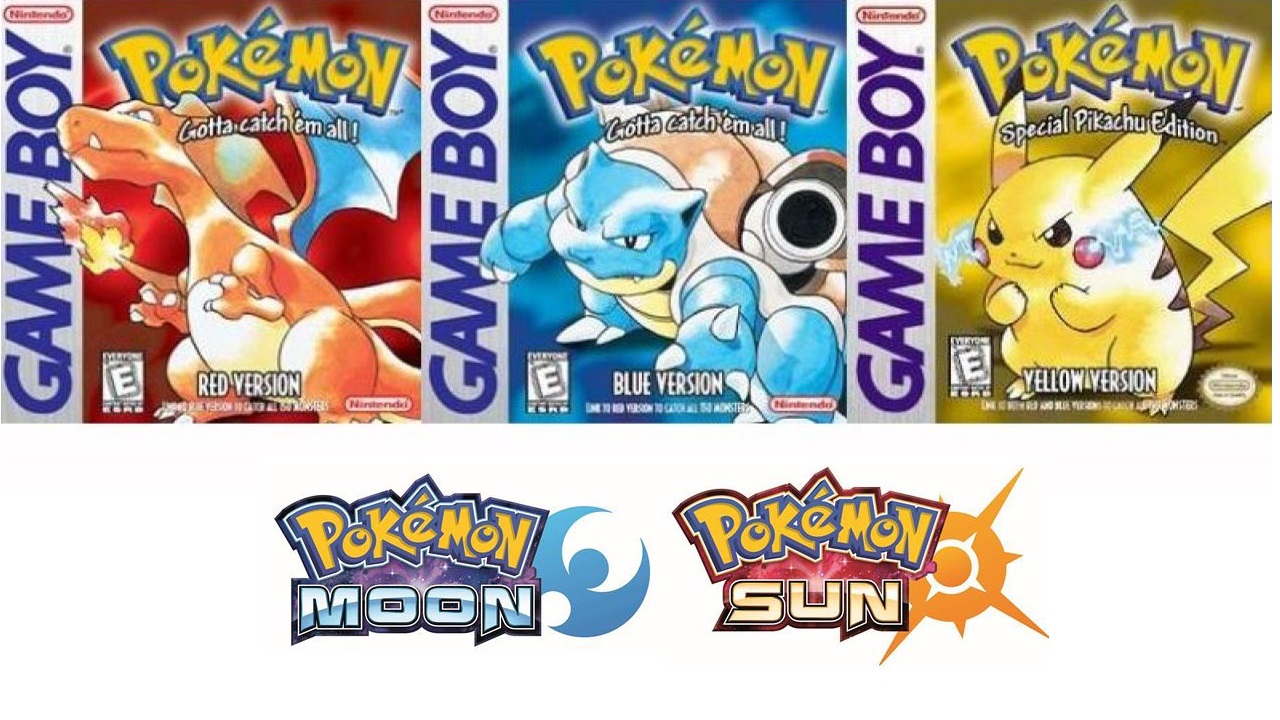 Pokemon Red Blue and Yellow will be compatible with Pokemon Sun and Moon in some ways. Here’s how it seems to work.

In the announcement trailer for Pokemon Sun and Moon, it was shown that the virtual console version of Pokemon Red, Blue, and Yellow will be compatible with the seventh generation games. Players will be able to transfer Pokemon from Red, Blue, and Yellow to the Pokemon Bank 3DS App ($5 annual fee needed), which can then be picked up in Pokemon Sun and Moon.

The transfer seems pretty straight forward on paper, but there will be a lot of tweaking and random generating behind the scenes. Pokemon has changed a lot over the years. Not only have some Pokemon types been reassigned, but many stats have been changed.

A simple switch of types is easy enough, such as Magnemite switching from Electric to Electric/Steel or Clefairy switching from Normal to Fairy. However, the Special stat will have to change to Special Attack and Special Defense, and the individual values and effort values that go with them must also be changed to avoid complications. Will these be randomly reassigned, or will all stats be reset? If the Super Training app returns in Pokemon Sun and Moon, we’ll be able to see with the chart and even reset them with a reset bag.

Additionally, Pokemon were given abilities from generation three onward. Some Pokemon only have a single ability, which can be automatically assigned. Other Pokemon have two or three abilities to choose from, which most likely will be randomly assigned. These abilities can be switched with an ability capsule from battle facilities, but they are very hard to obtain. Moreover, the ability capsule does not work on Pokemon with hidden abilities.

If you’re not into all this stat business and are happy training any Pokemon, you won’t need to worry about the transfer when Sun and Moon releases. However, if you’re a stickler about training Pokemon, you may want to play Pokemon Fire Red and Leaf Green or Pokemon Heart Gold and Soul Silver to catch the original 151 Pokemon with great stats instead. Another alternative is breeding.

There’s a good chance you’ll receive some small in-game token for transferring Pokemon from Red, Blue, or Yellow to Sun and Moon. It may just be a certificate or some sort of decoration like in Omega Ruby and Alpha Sapphire, but these tokens of appreciation are often displayed by the most hardcore Pokemon fans.