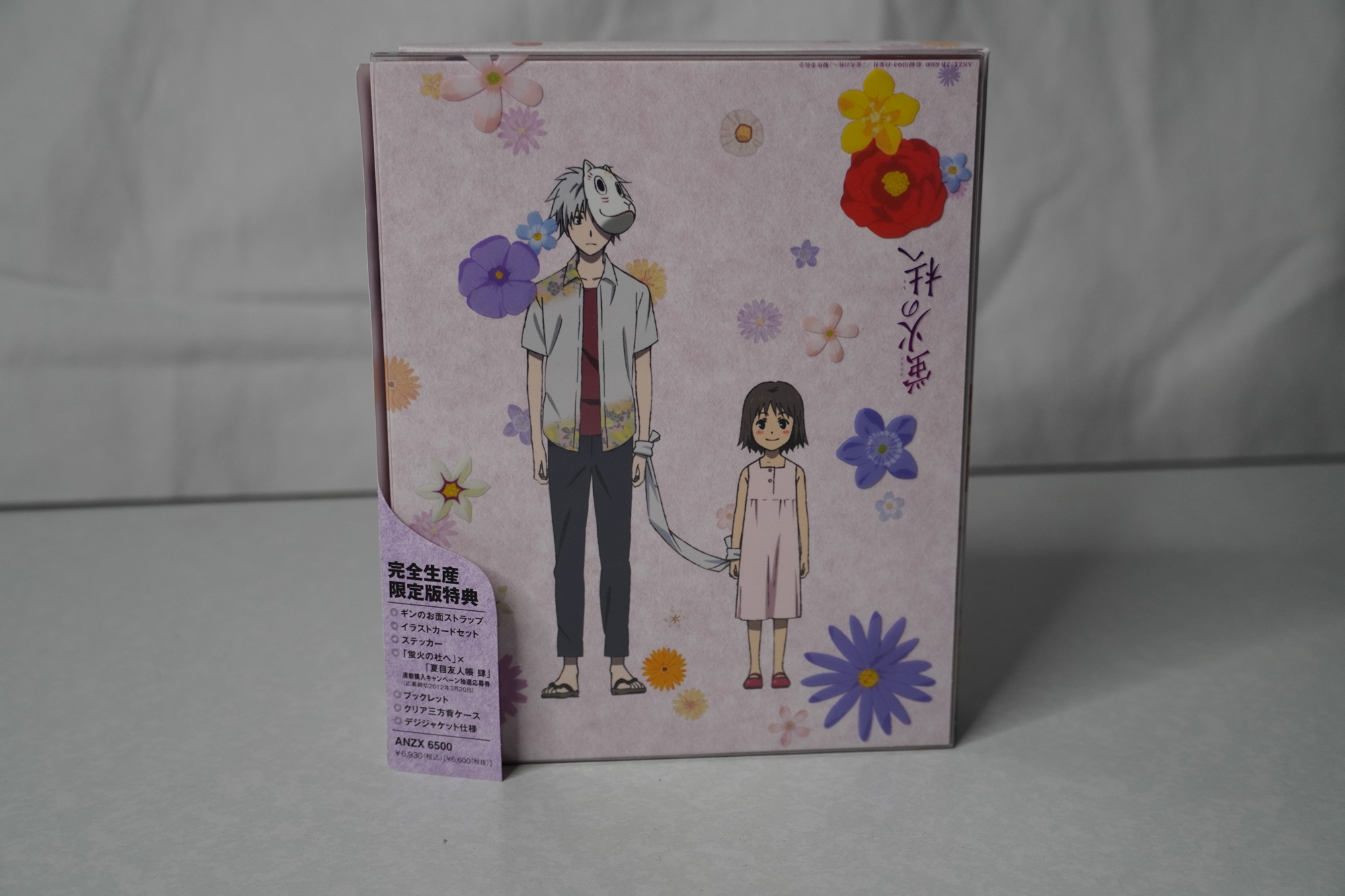 The 44-minute anime movie “Hotarubi no Mori e” originally released on DVD and Blu Ray in 2012. A special limited edition Blu Ray box set released the same year, and believe it or not it’s still possible to get your hands on a brand new copy.

This limited edition set comes packaged in two boxes: one that holds a mini keychain of Gin’s mask and one that holds the movie with all other bonuses. A purple, paper Obi (spine card) will be wrapped around both boxes with basic info about the set.

The box with the keychain can be easily opened and the keychain removed without damaging any of the packaging. Gin’s mask is made out of PVC and connected to a red and yellow braid by some gold-colored metal loops.

The other box is encased in a clear plastic sleeve with flowers and the title of the movie printed on both sides. Slide the box out of the plastic sleeve to reveal a set of stickers, a small booklet, and a paper envelope holding five postcards showcasing artwork from the Hotarubi no Mori e world. Each postcard measures 12.5 x 17 cms.

Al in all, this is just an okay box set considering the bonuses. The only real negative thing about the Hotarubi no Mori e limited edition box set is the fact that the movie and booklet are entirely in Japanese. I would have expected a blu ray release with English subtitles at some time, but it has been nearly ten years with nothing in sight. For now you can own this special edition and watch the subtitled version on Daily Motion.