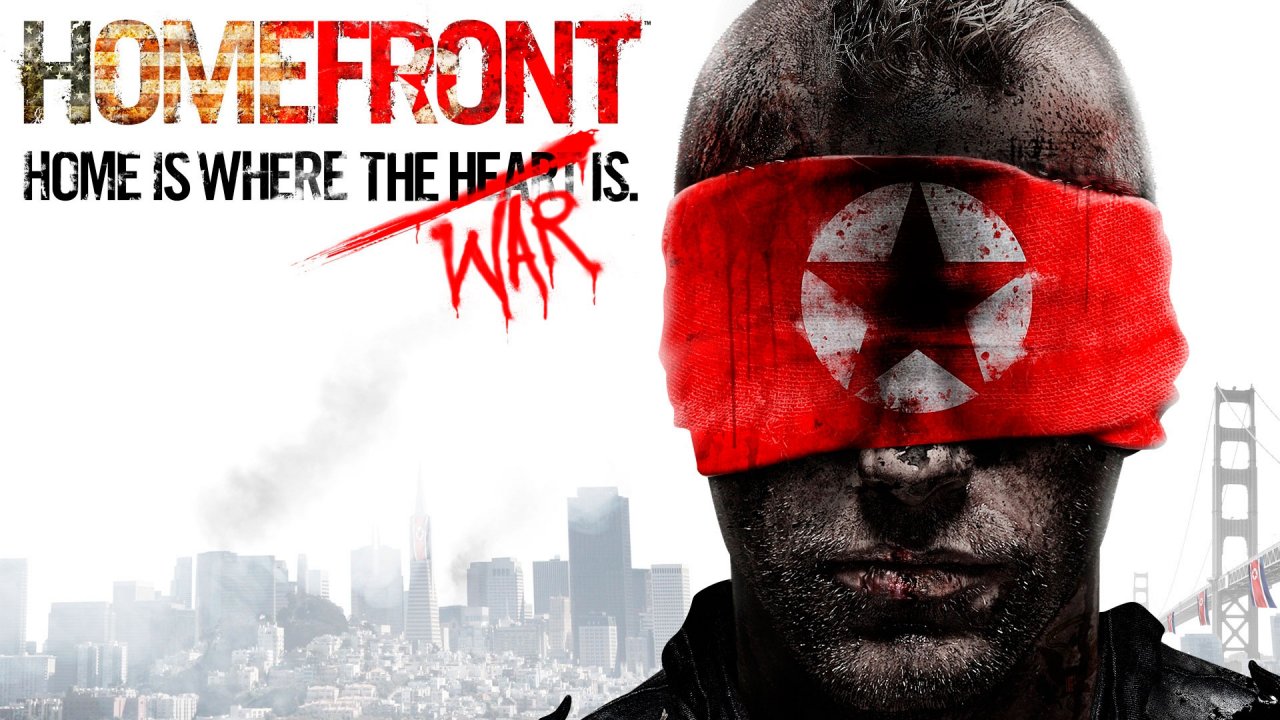 Homefront has been creating a ton of buzz in the past few months. If you don’t know about this game, you must be living under a rock! Homefront is a near future guerrilla warfare type game. A massive story line has been created by John Milius, known for his work on Red Dawn and Apocalypse Now, to make this game very interesting. In a market where first person shooters are everywhere, you definitely have to do something interesting and unique to stand out amongst the crowd.

As you can see in this trailer, which is played at the beginning of the campaign, Homefront’s storyline creates events all around the world to establish a new future history, unrecognizable to any of us. All this takes place within 16 years. The US economy breaks down, a Saudi-Iran war rages, North Korea reunites with South Korea, Unified Korea annexes various pacific island countries, and the US becomes occupied by the The Greater Korean Republic. The story telling is great, but it seems absent in the actual gameplay.

Homefront’s campaign is centered around this huge storyline that’s been built up for years in game, months in reality. When we actually got our hands on the game and played the story, we had mixed feelings. The entire story arc was already laid out before anyone even got to play. So when the campaign actually starts, the big events have already passed. If you could play as these events unfold, we’re sure it would have made a much more interesting game. This game isn’t bad, but it could have been executed much better.

The actual gameplay of Homefront’s campaign is pretty good. What makes the campaign so special is the story and in turn the way you must play. You are part of a resistance group in the U.S. Fighting against the Korean People’s Army. You must use guerrilla tactics to stay alive. Weapons and ammo are scarce, so you must make every shot count and pick up various weapons as you make your way through the campaign. The Koreans occupying the United States and the Resistance Fighters aren’t the only two groups in this game. There are still civilians who don’t wish to fight, only to survive. Then there are people who group together and kill anyone who trespasses in their surrounding area. The campaign length itself is immensely short with only 7 levels. This may be the shortest campaign we’ve ever played. An average gamer could probably beat it within 3 or 4 hours. When it comes to the overall feel and gameplay, the game is very familiar.

The computer AI in the campaign is fair at higher levels but tough at lower levels. They don’t auto lock on extremely fast like some games, but when they have a free shot at you, they will take you down. The feel of the game is nothing new or special. If you don’t pay attention to the story at all, you may forget which shooter you’re actually playing. This applies mainly to the campaign. The multiplayer is a slightly different story.

If you buy a first person shooter game for the single player these days, you really need to manage your money better. First person shooter campaigns go by way too quickly to enjoy them. Although most developers add useless junk for you to hunt for and keep you interested. This game is no different when it comes to finding junk. There are 61 “hidden” newspapers throughout the campaign. 61 items in 6 levels, 1 of the levels doesn’t contain any. The multiplayer is always where it’s at. Homefront’s multiplayer is pretty average in comparison to other popular first person shooters. Once Call of Duty sold millions of copies, many other publishers and developers decided to copy and tweak their formula into their own game, Homefront is no different. The basic gameplay feels a lot like Call of Duty, but they tweaked it with a bit of their originality to make it their own. First let’s discuss how it’s similar to Call of Duty and many other first person shooters out there on the market.

Homefront is very similar to other first person shooters out there because of the basic infantry game play. The majority of weapons and attachments feel exactly the same as ones you may find in other games. You could choose an M4 Rifle with a Red Dot Sight, ACOG Scope, or even Grenade Launcher. Rank up to unlock weapons, then use those weapons to unlock attachments. Pretty standard in FPS games these days. There are even custom loadouts to set up your weapon and other items. Unfortunately, like many first person shooters these days, all the weapons have a set fire mode which cannot be changed. The M4 will always be fully automatic and the M16 will always be semi automatic in this game. The weapons do seem to have bullet travel instead of instant contact. This is very important when playing on huge maps.

Homefront even has infantry abilities which seem like direct copies from Call of Duty’s Perk system. There are abilities like better accuracy when firing from the hip, increased melee lunge, quicker reload speed, and more. However, they did tweak it in an interesting way. Each ability has a set score – 1, 2, or 3 points. You can choose as many abilities as you want as long as it equals up to four. So you could have four, one point abilities or a three point ability and a one point ability.

Unfortunately, Homefront’s Multiplayer only has three basic game modes. Two are pretty common – team deathmatch and ground control. Ground Control is slightly common to Call of Duty’s Domination, Battlefield’s Conquest, and Medal of Honor’s Sector Control. The third game mode is Battle Commander. In reality, this is just Team Deathmatch or Ground Control with a side setting similar to some game’s VIP mode.

How is Homefron’t multiplayer different you ask? Homefront introduces a new system called “Battle Points.” Battle Points are awarded the same way Experience Points are awarded. The difference is BP is used in one game at a time, while XP is carried over to help you rank up. The BP can stack up from one life to the next, but you cannot carry it to the next match. Use the BP to buy vehicles, drones, airstrikes, or various other items. This is a very interesting new idea, but it has its ups and down. Homefront uses dedicated servers to try to keep everyone on a leveled playing field. The servers have been up for about 2 weeks now, and they are still under maintenance. It can be troublesome to get into a game with a party or play a full game without disconnecting from the servers. It’s understandable that popular games will experience problems in the first few days online, but they continue to have problems to this day – March 21, 2011.

Now lets discuss the technical aspects of this game. There have been tons of shooters, new and old, which used the Unreal Engine 3. So obviously the game mechanics feel extremely familiar if you’ve played games like Medal of Honor, Bulletstorm, Bioshock, Borderlands, or Rainbow Six Vegas. It’s not horrible, but it’s definitely not ground breaking. To play the same engine for years through various games can get stale. The graphics, like the gameplay, isn’t anything special. Homefront tries to add some detail in their graphics, but they’re still very computerized/cartoonish. It is definitely not photo realistic in any way. If anything you could say they’re similar to Half-Life 2’s graphics. Still, they’re not the worst graphics you can get in a first person shooter. You will experience a few frame stutters while playing, or the entire game could freeze. There were many times on and offline where the game would freeze for a second and start playing again. This was just the video, not the audio. The audio itself is nice. There are tons of different sounds in the game. Most are loud like weapons firing and explosions. There aren’t any subtle sounds that really immerse you in the game like wind, foot steps, or any other surroundings.

In conclusion, Homefront is just another first person shooter at its core which tries to fit the money-making mold. Kaos Studios tried to tweak the game and make it a bit more innovative, but they failed in the campaign. The Multiplayer is very familiar, but has enough new ideas to keep it fresh. Players who are already bored with Call of Duty or Battlefield can play this game for a small change in pace. I give Homefront 3 out of 5 stars for being another one in a million shooter, but at least they’re trying to stay original.