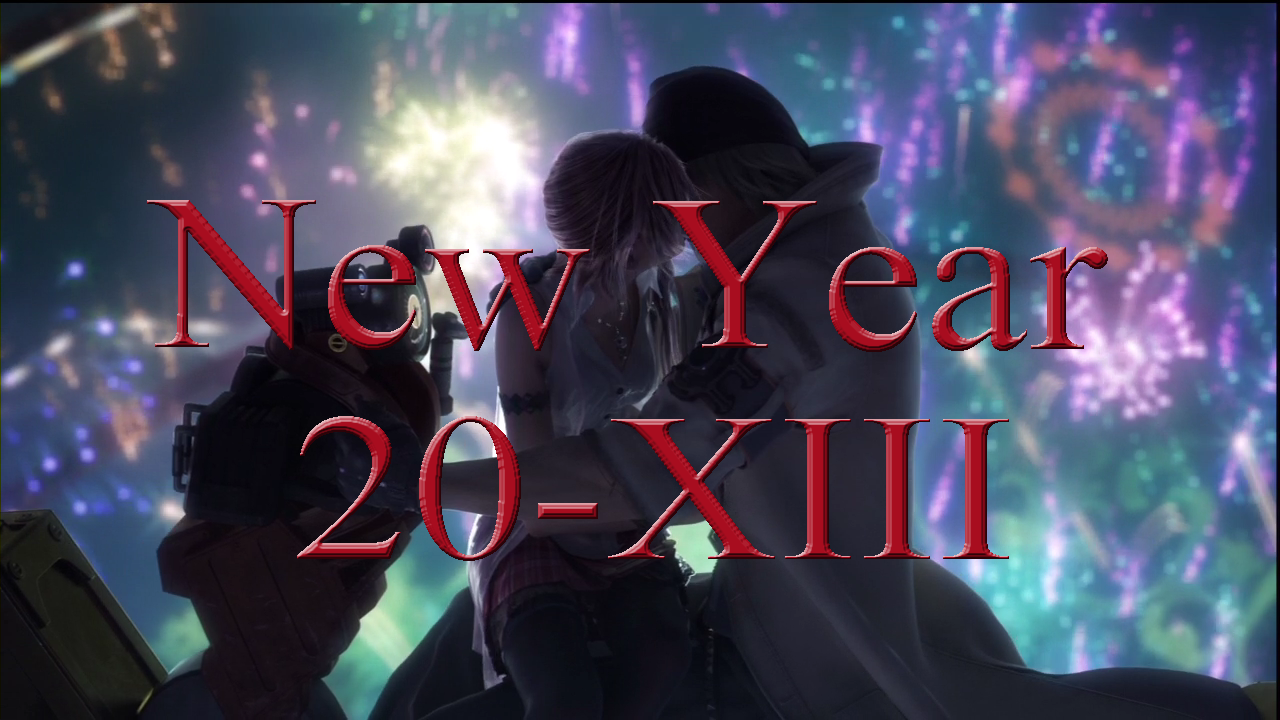 The new year is finally here, and more games are on the horizon.

I hope you guys like or even get the image for this post. If you don’t, let me walk you through it. The picture is from Final Fantasy XIII. The new year is 2013. Since it’s FFXIII, I wrote 20-XIII. The scene was during some sort of celebration with fireworks, and fireworks are usually used during new years. Get it? Got it? Good!

It’s 2013, which I’m sure may scare some people. Most people think the number thirteen is unlucky, but I always say luck is for the losers, and you should create your own luck. I hope this year will be a fun one in many ways. I didn’t start off the year with fun because I wasn’t partying, which is a first for me for new years. Enough about me, lets talk a bit about gaming!

This year will see the release of many new games, but I only have two in mind: Dead Space 3 and Bioshock Infinite. There is supposed to be an announcement for something Pokemon related next week as well, but I have no idea what it could be. Some people say the next generation of Pokemon may be announced, and it would be right on schedule with all the other generations. Each generation has been separated by three years, with the exception of generation three to four which was separated by four years. If the developers are working on the next generation of Pokemon games which will be released at the end of 2013, it will be three years since the start of this current generation of Pokemon. There hasn’t been any console game for generation five, though like all the others (Pokemon Stadium, Stadium 2, Colosseum, and Battle Revolution). I would really like to see a Pokemon game on the Wii U with some awesome internet capabilities.

Dead Space 3 and Bioshock Infinite are the only games I’m interested in for 20133, and I hope they don’t get delayed to next year. Dead Space saw me tweet that and actually responded to me! Click here to see the tweet. I have no idea what games I will be working on over at IGN, other than the last Battlefield 3 DLC and all of the Call of Duty Black Ops II DLC. I bet many of you are excited for Grand Theft Auto 5. Tell me in the comments what you are looking forward to in 2013!