An in-depth Yozora Mikazuki figure review from the anime and manga Haganai. This figure is from Sega.

This figure is of Yozora Mikazuki – or Mikazuki Yozora if you want the family name to be first like in Japan. This character is from the anime and manga Boku Wa (Ha) Tomodachi Ga Sukunai, which translates into I Don’t Have Many Friends. This anime and manga also goes by the shorter name “Haganai.” This is a pre-painted figure from Sega. I didn’t see the sculptor’s name on the box, but it could be there in Japanese. 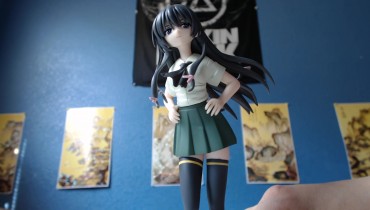 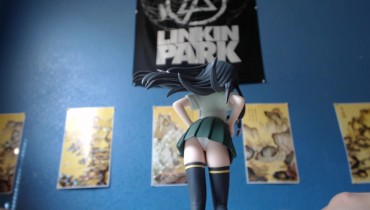 Unfortunately, there are no windows anywhere on the box, so you will have to remove this figure from the packaging to actually display it. 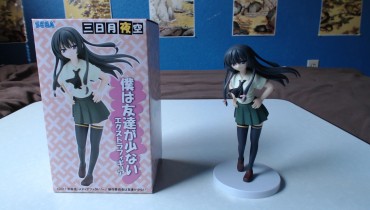 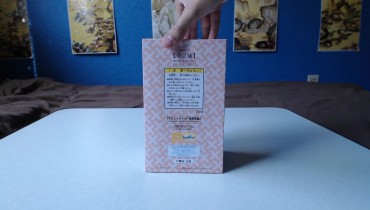 This figure is one piece of PVC, but not one solid piece. Basically it’s several pieces that were glued together at select parts. It cannot be disassembled at all. The majority of the figure is very stiff, but the longer strands of hair have a little give to them. 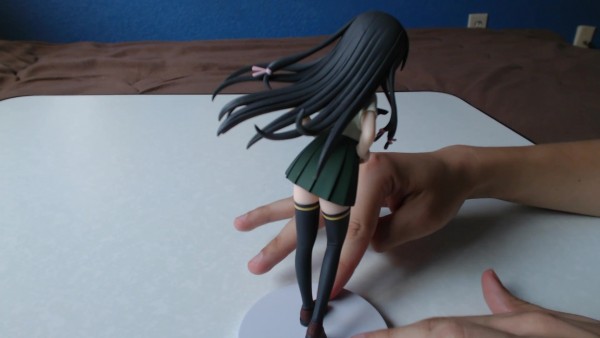 The bottom of her foot has one circular peg that attaches to the plain white circular base. Since the peg is circular, you can rotate the figure without removing it from the base. Without the base, this figure stands at 174 mm tall. 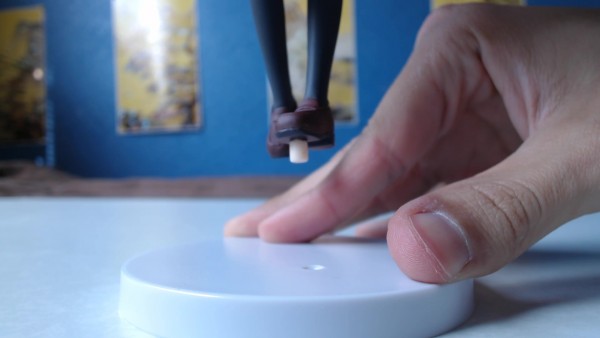 This figure is painted pretty well, but I don’t like how her face was sculpted. It doesn’t seem to match the style seen in either the anime or manga. The clothes are sculpted well and match the style seen in the anime and manga while the character relaxes in the club room. Overall, it’s a decent figure for the price. If you would like to buy this figure, you can grab one from Amazon at the link below. 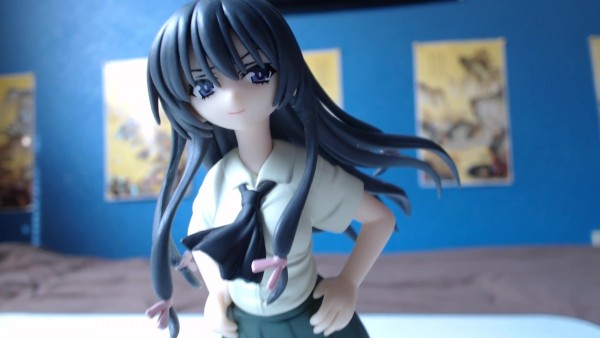