This year I decided to unbox my Hatsune Miku figure from the Good Smile company. This is the re-run of the original figure. I’ve kept it in the box for over a year because I thought the value would remain high, but it has gone down about $30-$40 over this time. I’m sure the original PVC figure is still worth quite a bit. Once I learned about the value, I figured I’d unbox and review it on my Japanese channel.

I should also note that I received a collectible card with this figure. It came in a small, brown envelope with Japanese on the front. I think there are six collectible cards with the six vocaloids from the Hatsune Miku games. I received Megurine Luka. 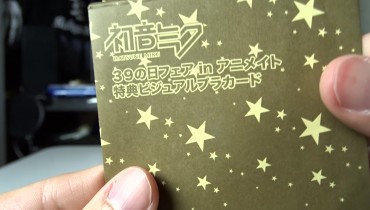 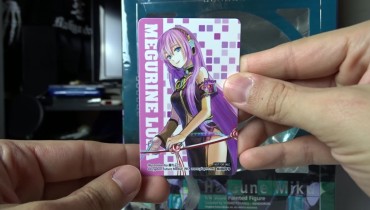 According to the box, this figure was sculpted by Yoshi (Trepang) / Nendoron.  It is made out of both PVC and ABS. 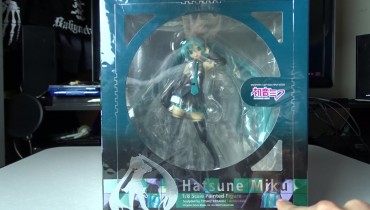 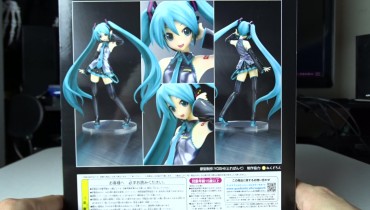 The base is only made out of ABS. The base is a translucent black hexagon with a single peg. This peg secures to the bottom of Miku’s right foot, but her left foot also rests on the base to keep the figure steady. 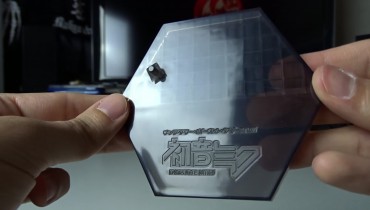 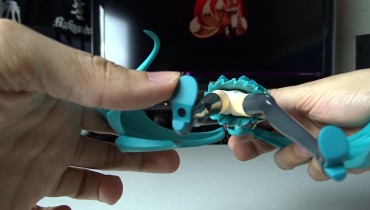 The face of the figure isn’t ultra detailed, but Hatsune Miku doesn’t exactly have a detailed face anyways. Moreover, the hair isn’t painted all that well like many high quality figures I’ve seen. I was a little disappointed in these two areas. 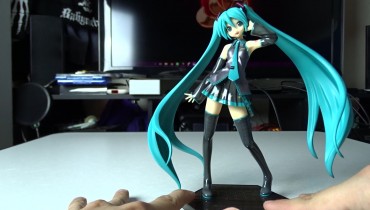 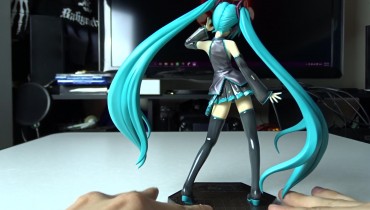 However, her clothes are painted quite well and have a ton of detail. Her vest is a sparkly grey, her tie can move a tiny bit, the green circle by her left leg can move a small amount too, and there are very small green signs painted perfectly on her clothes. You can even see her nails are painted. 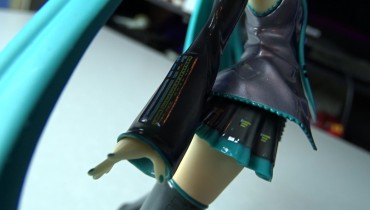 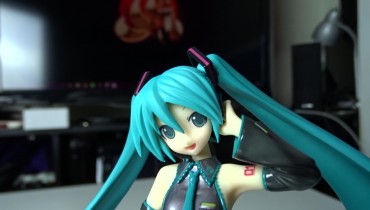 The branding on her arm says 01 Hatsune Miku, though it is incredibly small and hard to see. Her left breast has the “Vocaloid” branding. 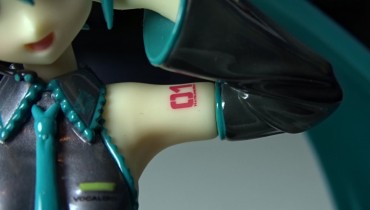 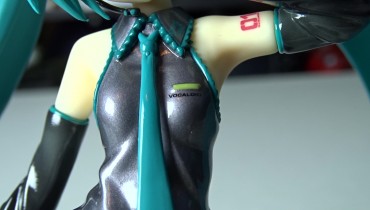 If you look closely, you can see even more faint lines on her stockings, and there’s even a small, green bow on her panties. Maybe only perverts would notice this, but I think the attention to detail is pretty great. 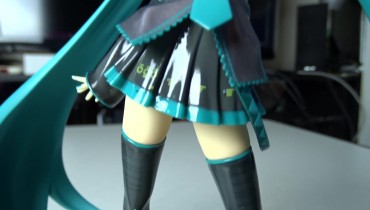 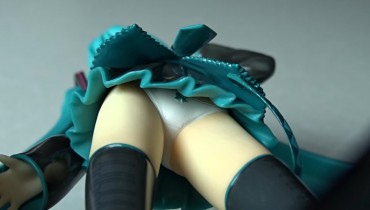 All in all, this figure is highly detailed in some parts and just average in others. Since the price has gone down over the years, I would recommend buying it now! Grab it off of Amazon using my link below, if you like. Use my link and I’ll get a small kickback to help power my website and YouTube channels. Don’t worry, it won’t cost you anything extra!