Go! Go! Nippon! ~My First Trip to Japan~ is an informative visual novel for PC, but is it worth your money?

On the surface, Go Go Nippon appears to be your basic Japanese visual novel. However, you’ll quickly see it’s mostly an educational game. Don’t get me wrong, there’s a tiny bit of story built into the game, but not all that much. Here’s my Go Go Nippon Review.

The art style of Go Go Nippon is a mixture of common CG Japanese animation and blurry watercolor painting. All of the characters have common anime appearances, and many of the backgrounds are the same. 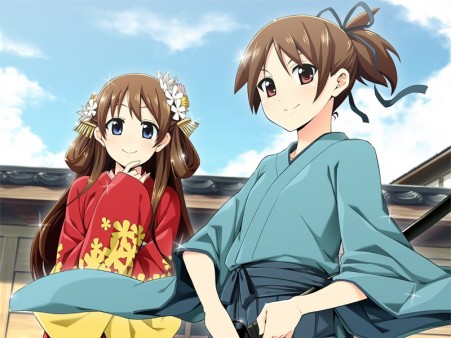 But from time to time the game will switch to a watercolor painting art style. This might be fine if you’re simply playing a story and come across an artsy style, but since you’re learning about Japan and taking in the sights, I would have preferred clearer, more precise images. 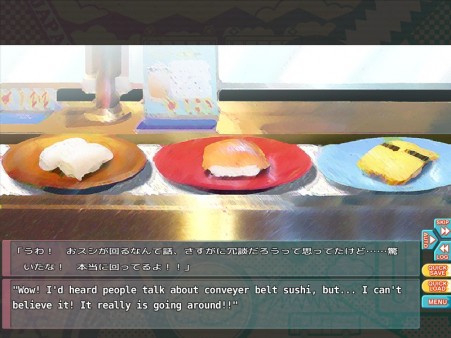 All of the songs in Go Go Nippon are background tracks played on a loop, and the background music (BGM) isn’t anything special. There’s nothing truly meaningful or deep, just plain old background music most visual novel gamers and anime watchers are accustomed to.

Additionally, there aren’t too many tracks in Go Go Nippon. In fact, you will probably hear about two songs throughout the majority of the game.

In Go Go Nippon, you play as an English speaking boy who — as the title suggest — is going on his first trip to Japan. This boy (his name is whatever you choose) will be staying with two other boys he met in an online chat room, at least he believed they were boys due to their names: Makoto and Akira. Once his plane lands, he quickly discovers they’re actually girls, and he will be staying at their home for the entire week!

Over the course of six days (the prologue makes it seven, and the day you leave makes it eight) you visit several popular sights and take in the history of Japan. For the first three days, you can choose to visit three of six locations including Asakusa, Akihabara, Ikebukuro, Ginza, Shibuya, and Shinjuku. You will be escorted by Makoto or Akira depending on the area you choose. 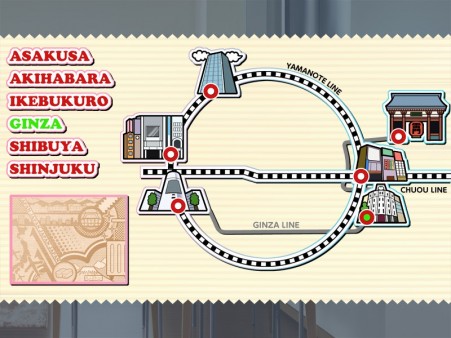 There’s a lot of information given throughout the game for those who want to learn more about Japan, but I expected more in terms of images. Often times the screen will focus on one area, some times a basic city backdrop or the sky, and give all the information in text. If you’re showing me a lottery in a Japanese convenience store, show me the inside of the store, not the sky! 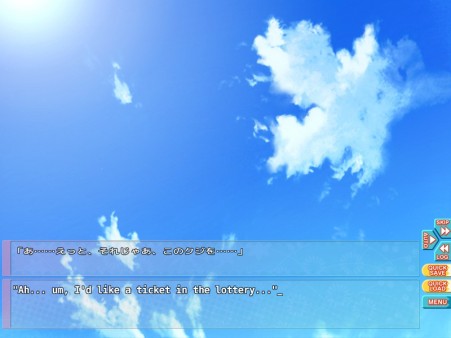 The game also makes you believe you have to budget your money. It even makes you choose a currency type or conversion rate at the beginning of the game. However, you don’t actually get to choose what you buy. There are very few choice in the game. The locations you choose to visit during the first three days are really the biggest choices. There are about two or three other choices in the game, but it doesn’t affect the story only more information you learn about Japan. 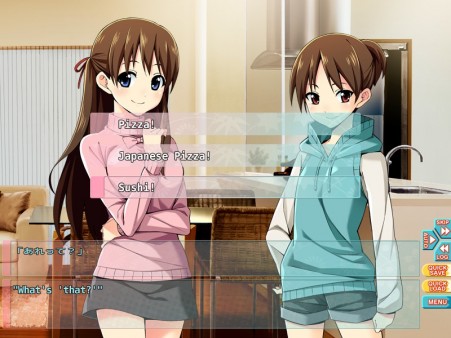 The rest of the game is your basic visual novel. There’s only words at the bottom of the screen and images at the top. What’s different about Go Go Nippon is how the text box has both English and Japanese. Of course, you can turn off the Japanese box in the options menu if you like. If you accidentally scroll through a character’s text, you can click up on the keyboard to view the text log. This is a great feature every visual novel should have! 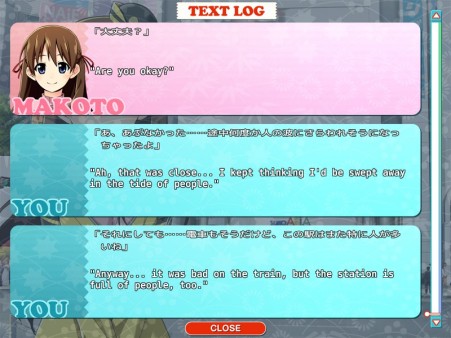 Unfortunately, there aren’t any voice overs. The main character speaks with white text, Makoto speaks with pink text, and Akira speaks with blue text. You’ll also see green text from time to time explaining some of the Japanese words thrown around in the game. As I said before, this game is pretty educational. In my opinion it’s more educational than dramatic. 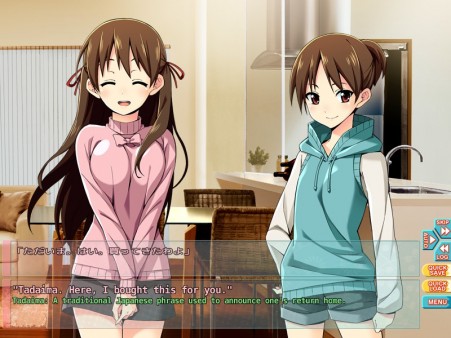 There is a very small love story within the game as well, but it’s barely noticeable until the last day of the trip. You will fall in love with whomever you spent the most time with in the game. Since the game is incredibly short, you can play it twice to see all areas in Japan and experience the love story with both girls. There’s even a skip option that allows you to fast forward through the parts you’ve already experienced. And, as you would expect, there are a handful of perverted misunderstandings in the game. 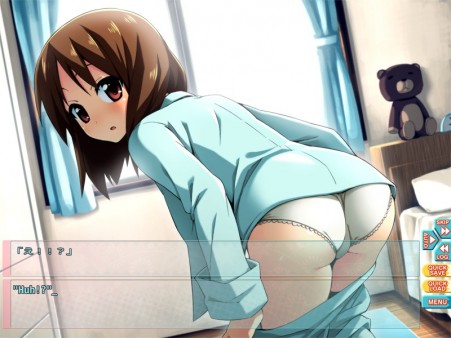 After completing the game, you’re awarded with three extra sections at the main menu. There’s the CG Gallery (Click here to see all images) with all the still images from the game, the Sightseeing Album with info on each area in the game, and the Scene Replay that allows you to replay select scenes from the game instead of going through the entire game again to reach a certain storyline section. 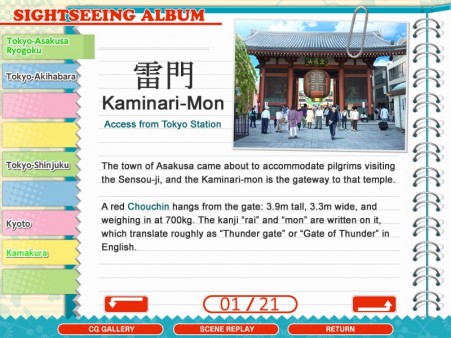 The Extras menu has everything you’d expect from a Visual Novel except for background music. Then again, as I said earlier, the BGM is nothing special. 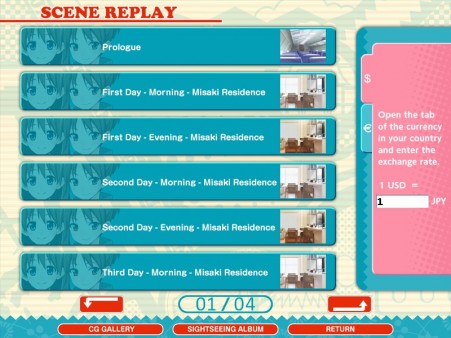 Go! Go! Nippon! ~My First Trip to Japan~ is a very short visual novel, but luckily it’s also very cheap. There’s a lot of information for those into Japanese culture that want to learn more, but I wouldn’t recommend the game for anyone else, especially for those looking for a love story visual novel. Yes, there is a very small love story, but it’s almost non-existent compared to many other games. Only get this game if you’re really into learning about Japan!