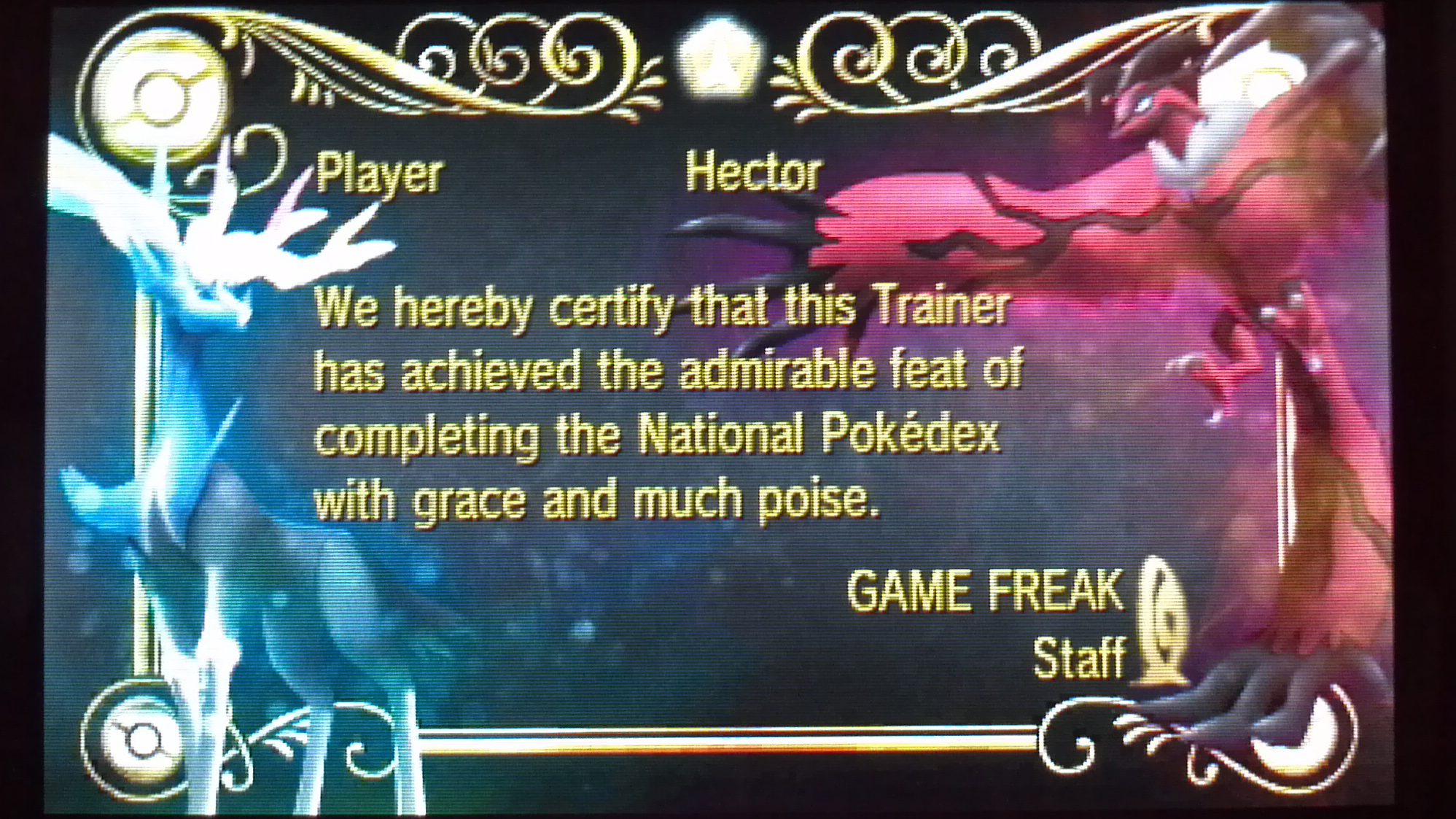 Yes, this is totally 100% legit! After all these years I have completed the Pokedex once again. I had originally completed the Pokedex back in Pokemon Red — or was it Yellow? — many, many years ago. I remember the toughest Pokemon for me to catch was a Tauros from the Safari Zone! Back then, the glitch/easter egg on capturing Mew wasn’t known, so I only really captured 150 of the 151 known Pokemon, but that was enough to get the certificate for completing the Pokedex in Celadon City. In the Gameboy days, you also needed a friend with a link cable to actually trade Pokemon and catch them all.

Some time last year I decided to replay some of my older Pokemon games and catch as many Pokemon as I could while using my name as the trainer’s name. I would then transfer them all up to Pokemon X to try and complete the National Pokedex. I played Pokemon Emerald, Colosseum, XD, Platinum, and Heart Gold. I still have White and White 2, but the trainer’s name in White was already Hector. I didn’t need to replay that one again, nor did I have the urge to. I transferred all my Pokemon from Colosseum and XD to Emerald in one go, then I transferred my Pokemon from Emerald to Platinum in several goes (you could only transfer 6 Pokemon each day), then I transferred my Pokemon from Platinum and Heart Gold to White, and finally from White to the Pokemon Bank to pick up in X. I had about 500 Pokemon out of the 718 after I had completed all those games. I captured a ton more within Pokemon X, and I traded for a few stragglers using the GTS and the Pokemon Trading Board over at IGN.com. 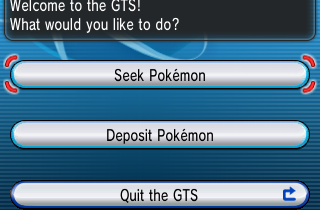 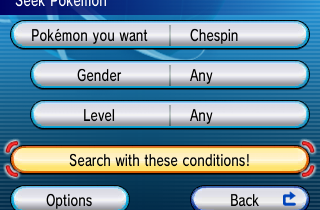 To be completely honest, not all the Pokemon were fully legit. The Legendary Event Pokemon in Emerald and Platinum were hacked using Action Replays. Event Pokemon were incredibly hard to get back in those days before everything was distributed over the internet. Well, they may have been given out over the internet in Pokemon Platinum, but I didn’t have a DS when Platinum was first released. Anyways, The Pokemon Transporter on the 3DS didn’t detect the hacked Pokemon except for Arceus from Platinum. I was lucky enough to find someone on IGN with a legit Arceus that I could trade for. I was able to successfully hack the events to “legally” capture Mew, Deoxys, Shaymin, Darkrai, Manaphy, and Arceus, but as I said the Arceus didn’t go through.

The GTS was a bit of a bitch to deal with. It was incredible what some people were asking for in return for their regular old Pokemon. They almost always asked for legendary Pokemon. Luckily, since I had played some of the games a second time through, I had a few duplicate legendary Pokemon to spare. So after more capturing, evolving and breeding, I reached the 718 Pokemon mark! I got five certificates, the Oval Charm and the Shining Charm for the completion! 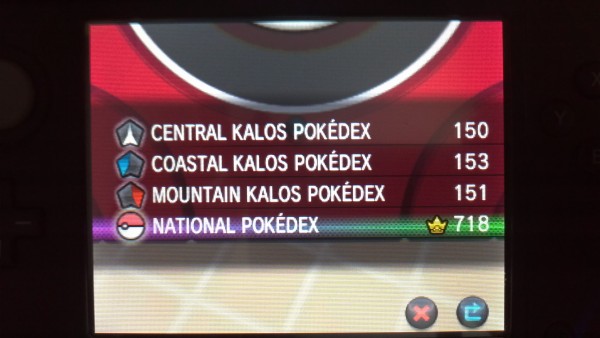 Not only did I get all 718 Pokemon on my National Pokedex registered, but I made sure to keep each evolutionary stage of every Pokemon. That way I can easily transfer them over to the next game to instantly complete the Pokedex once again. I’m definitely ready for Pokemon Omega Ruby and Alpha Sapphire now.

Also, before someone says it, I know there’s technically 719 known Pokemon now with Diancie, but Diancie is not available in the US just yet. I will get that Pokemon when it’s distributed.

So, is there anyone out there that has completed any Generation of Pokemon’s Pokedex? Would you like to share your story in the comments below?

Unimportant Side Note: I couldn’t get my 3DS Capture Device to work at this moment. The pictures in this article were taken with my phone’s camera. If I get this device working again, I’ll update the images.