I’ve been waiting for this figure for a number of months, even though I’ve never actually seen or read the series, Gate. I found this figure after browsing through a number of PVC figures online. I loved the character design so much I had to order it! I even mentioned in the Go Figure Tag that this was the figure I was looking forward to the most this year. Let’s jump into the review!

This is a 1/7th scale, pre-painted Rory Mercury figure from the series Gate. It was manufactured by Kotobukiya. I can’t read who it was sculpted by on the box, but AmiAmi says it was sculpted by “Hoyaman.” You can see the Kanji in the image below. 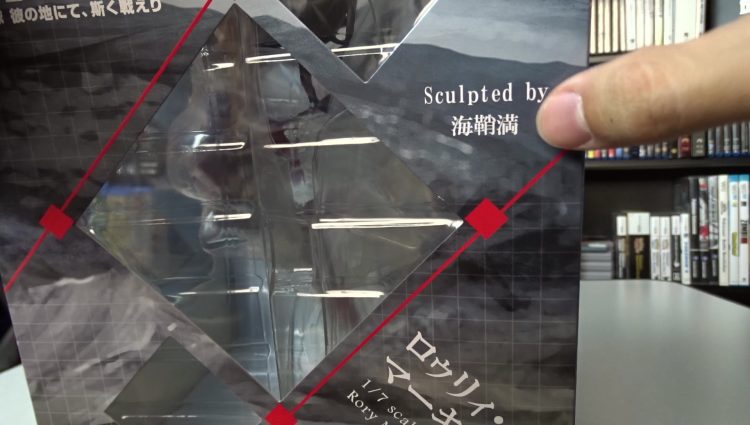 There’s a large window on the front, a circular window on the top, and three diamond windows on the sides. You can keep it in its box, but it’s much more beautiful when displayed on the stand. Both the figure and the stand are made out of PVC and ABS.

To connect the figure to the base, you must slip one hand over the axe pole, connect the sole of one foot to a small plastic piece near the bottom of the axe, and then connect the top of the pole to the long part of the pole. The top of the pole must be connected in a certain direction or it won’t fit. The figure is secure enough for displaying, though not as secure as I hoped. If it falls, the axe would probably snap in half.

Rory Mercury is painted well for the most part. The biggest issue I have is with the red cross stitching that keeps her blouse closed. There’s black around the red, and the white part of her blouse just looks horrible for a figure that retails for $120. 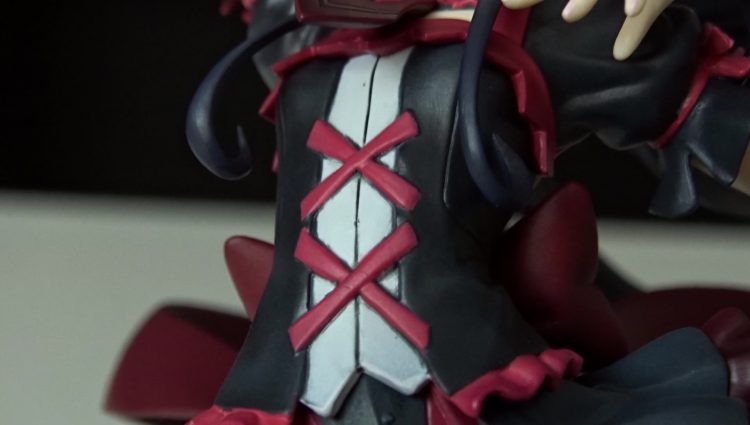 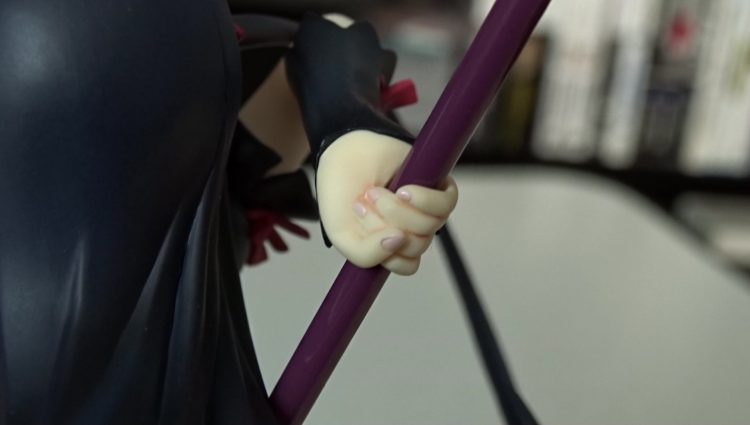 As for the overall design of the figure, I loved the model of the base. Both the rocks and the axe look incredible. There’s a bit of a shine to the axe, and the snake that twists up the pole looks bad ass. Also, in case you’re wondering, the rocks on the base are hollow. 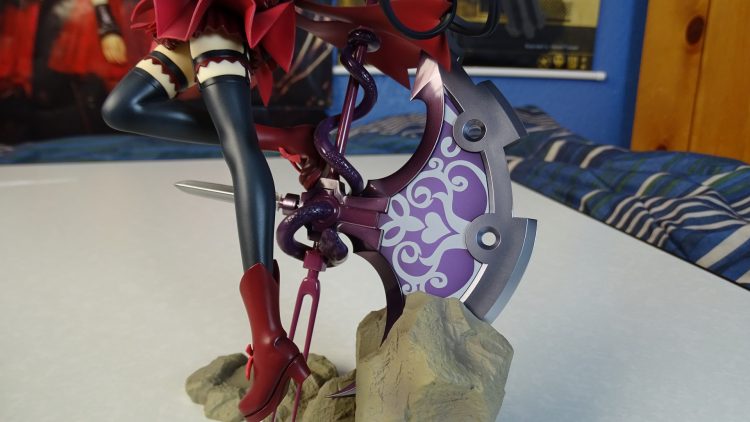 Personally, I didn’t like how the figure slanted upwards so much, but other collectors and fans may not take issue with this. Here’s a little gallery of the figure from different angles. You can also watch the video review at the top of the page to see it in motion.

I really love this figure, I just wish the painting wasn’t so awful on the torso and the right hand. Everything else was so beautiful and awesome at the same time. It’s still selling for a high price. If you want to grab one yourself, use the Amazon link below. Use my link and I’ll get a small cut of the final price. Don’t worry, it won’t cost you anything extra. The money is used to help keep my website running!