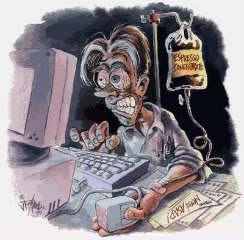 Is gaming addiction really a thing?

This was a pretty tough article to categorize. It’s part gaming, but I’d like to talk a bit about myself.

So here’s the run down. The news across the world is talking about a Chinese couple that sold three of their children to pay for their hobby. What hobby is that you may ask? Playing Video Games at Internet Cafes! They sold three children for 63,000 Yuan (roughly $9,786). Apparently, they didn’t want to raise children, only play Video Games. They didn’t even believe they were breaking the law!

What’s my view on this? At first I thought how there may be a cultural barrier. Then I saw how they were breaking the law. Obviously this is wrong, but can you really blame Video Games as an addiction? Video Games have made incredible strides over these past few decades. They’re becoming the main form of entertainment to some households, and they’re even being recognized as art by some groups. With the good, comes the bad. I admit, I’ve sold things of mine to buy new video games. It was usually older Video Games, consoles, or equipment that I sold to buy new ones. I’m not one to get addicted to anything, but I’ve found most of my enjoyment from Video Games. Still, there are limits! I wouldn’t sell my own children or make children just to sell them for any addiction I may have! That’s another person. I do believe weak people can become addicted to anything. This doesn’t mean you should spotlight video games and wonder if someone you know has become addicted to them. It could be something they enjoy, and nothing more. I’m sure many “normal” people would get upset if you took away their football. This recent football lockout was proof. Some people were already having withdrawls.

Any thoughts on the subject from the people out there?