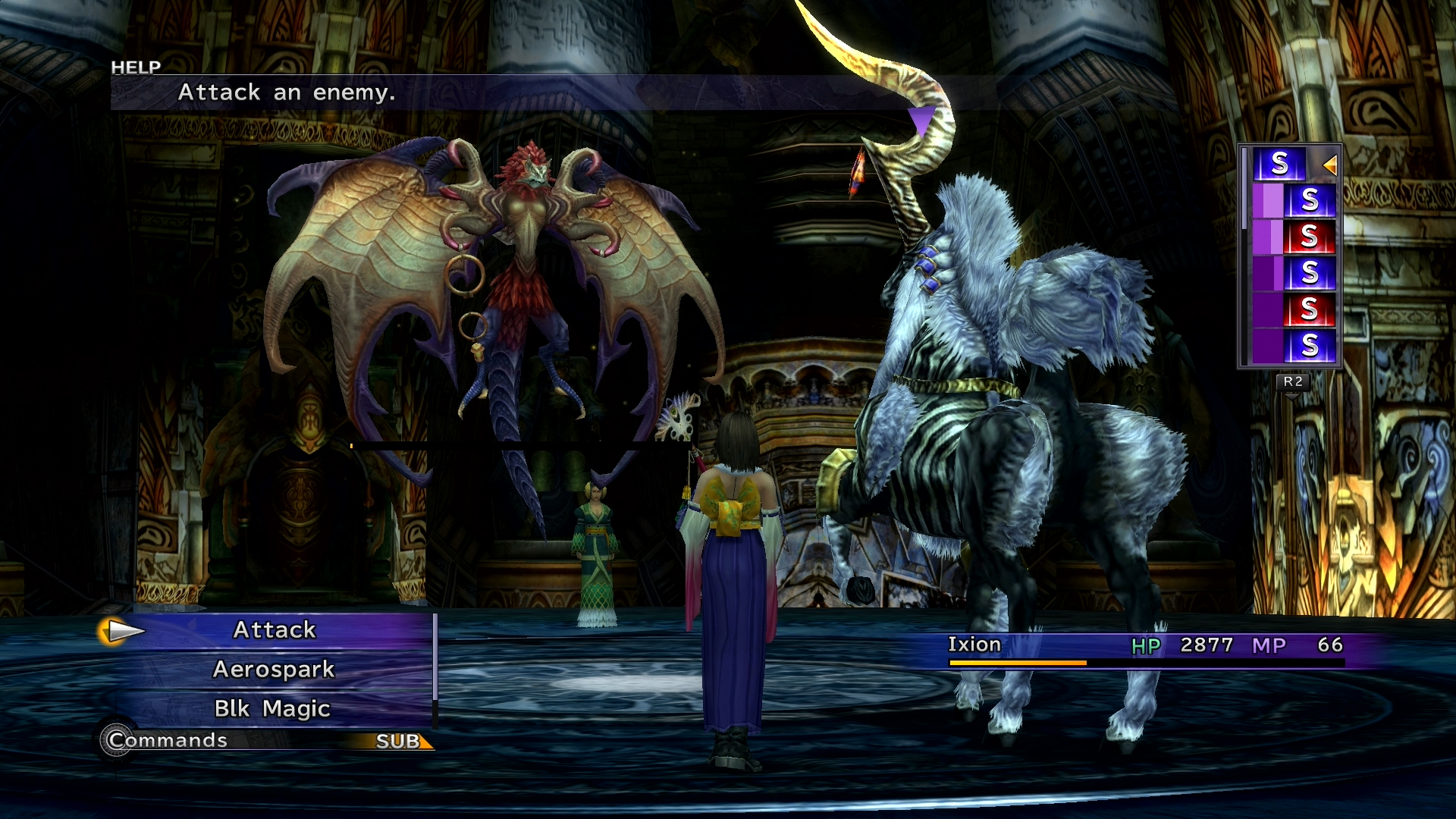 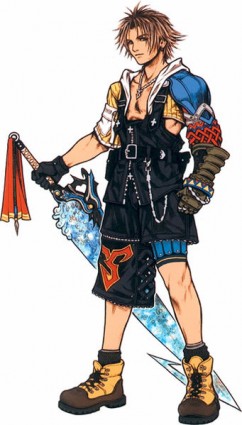 Tidus is a cheerful, rising blitzball star playing for the Zanarkand Abes. He has long hated his father, who was a renowned player himself before his untimely death. Tidus’s quick moves allow him to attack even the swiftest foes with ease.

The common Final Fantasy job Tidus falls under is the Warrior job. He uses Longswords as his weapon and Bucklers as his armor. Use Tidus when encountering agile enemies that dodge normal physical attacks. 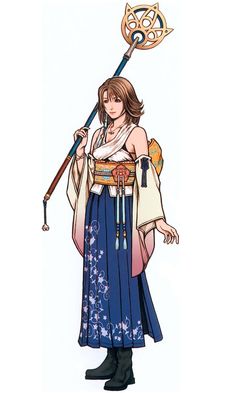 Daughter of the High Summoner Braska. Honest and determined, Yuna embarks on a pilgrimage to obtain the Final Aeon and defeat Sin. Yuna is learning the mystical art of summoning aeons–powerful spirits of yore.

The common Final Fantasy jobs Yuna falls under is the White Mage and Summoner jobs. She uses Rods and Staves as her weapons and Rings as her armor. Use Yuna to heal and buff the team, and use her Summons when facing incredibly tough enemies.

Yuna’s Overdrive is called Grand Summon. This will summon an Aeon with a full Overdrive gauge. If the Aeon had a full overdrive gauge before using the Grand Summon, it will retain its full gauge after using Yuna’s overdrive gauge. Most Aeons are unlocked while playing through the story. A few others can be found hidden throughout the game. See the Aeons page for more information on each Aeon. 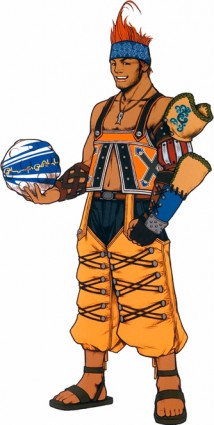 Coach and Captain of the local blitzball team, the Besaid Aurochs. Wakka plans to retire from the sport after this year’s tournament, so that he can devote himself fully to serving as Yuna’s guardian. His deadly blitzball is especially useful for knocking down aerial enemies.

The common Final Fantasy job Wakka falls under is the Ranger job. He uses Blitzballs as his weapon and Armguards as his armor. Use Wakka when encountering flying enemies to take them out from long range.

Wakka’s Overdrive is called Slots. This will bring up three slot wheels that you can match up by pressing X to perform a specific type of attack. The slot wheels will allow Wakka to perform a variety of attacks on various enemies depending on how many are matched. 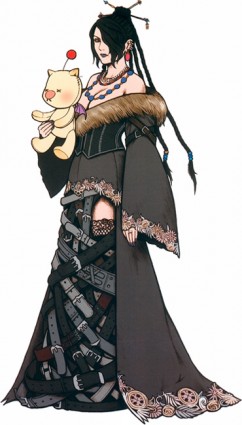 One of Yuna’s guardians. She and Wakka think of Yuna as a younger sister. Lulu’s stoic and self-possessed nature makes her seem insensitive at times. She specializes in the art of black magic, using various dolls to help cast powerful spells.

The common Final Fantasy job Lulu falls under is the Black Mage job. She uses Dolls as her weapons and Bangles as her armor. Use Lulu to take down enemies with tough physical defenses and low magical defenses, like flan and machina.

Lulu’s Overdrive is called Fury. This allows her to cast a single Black Magic spell multiple times without using any MP, even if she is silenced and if the enemy has Shell or Reflect. Rotate the right analog stick clockwise as fast as possible after selecting the Overdrive. Each full rotation will add one attack to Fury. Spells available in this Overdrive include: 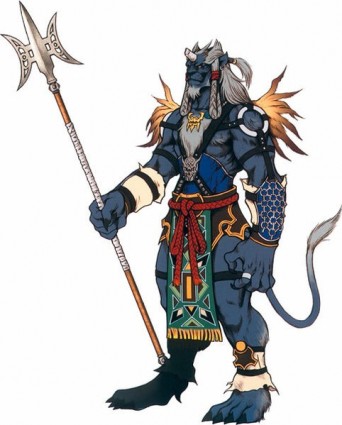 A powerful warrior of the Ronso tribe. Kimahri has watched over Yuna from her youngest days. He speaks little, but is deeply devoted to Yuna and serves her loyally as a guardian. Kimahri can learn enemy skills with his Lancet ability.

The common Final Fantasy job Kimahri falls under is the Dragoon job. He uses Spears and Lancers as his weapon and Armlets as his armor. Kimahri doesn’t really specialize in one area. He can go through different paths on the Sphere Grid to excel in various battle scenarios.

Kimahri’s Overdrive is called Ronso Rage. This allows him to perform one of many attacks that can be learned after using the Lancet ability on an enemy. So, if you see a monster using one of the attacks below, use the Lancet ability to learn this attack. The attack will then become available in the Overdrive list for Kimahri to use in the future. 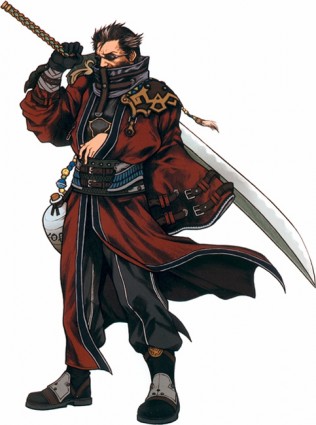 The legendary guardian who, together with High Summoner Braska, defeated Sin ten years ago. A man of few words, he guides Yuna and Tidus on their mission to vanquish Sin once more .He swings his gigantic sword with super power that even the toughest fiends are cut asunder.

The common Final Fantasy job Auron falls under is the Samurai job. He uses Blades as his weapon and Bracers as his armor. Use Auron when encountering armored enemies to pierce their defenses.

Auron’s Overdrive is called Bushido. This allows him to use an attack that may cause extra effects. To perform an attack, a series of buttons must be pressed before a timer runs out. The faster you can input the combination, the stronger the attack will be. More Overdrives can be unlocked after finding Movie Spheres from Auron, Jecht, and Braska in Spira.

A young Al Bhed girl. Her personality is upbeat and positive, and she is not afraid to speak her mind. She works hard to restore her outcast people to their former glory. Rikkus handles mechanical enemies with ease, and can steal items from enemies, too.

The common Final Fantasy job Rikku falls under is the Thief job. She uses Claws as her weapons and Targes as her armor. Use Rikku when encountering machina enemies to dismantle them with a single Steal attack. Of course, this will not work on bosses. Rikku is also the only character who can use Al Bhed Potions.

Rikku’s Overdrive is called Mix. This allows her to mix any two items to create a damaging item on enemies or healing item on teammates. There are a total of 64 items that can be created.