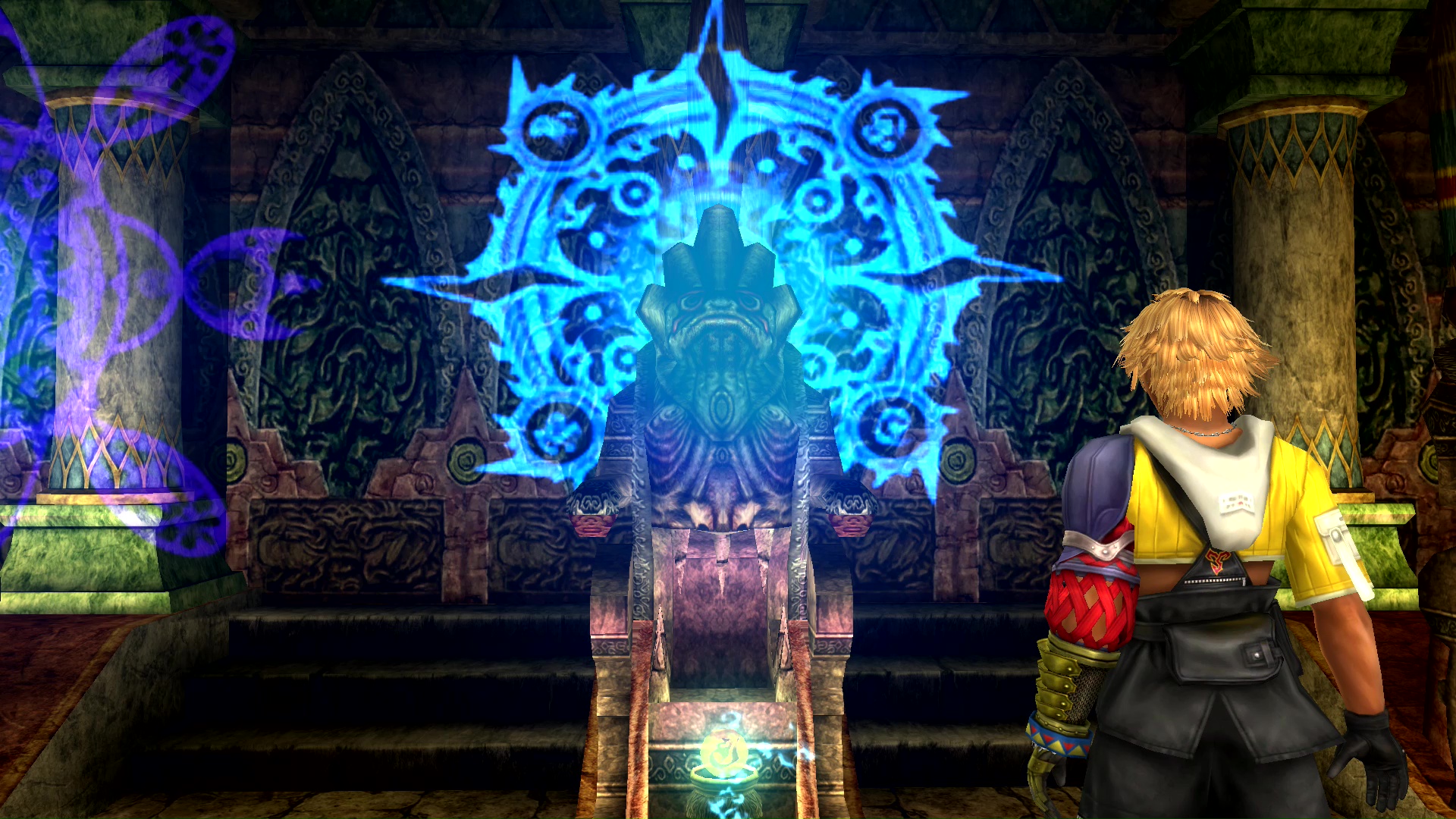 Baaj Temple is one of the secret locations found hidden on the Spira map while inside the Airship. Use the cursor while on the NavMap and press X around the coordinates X: 11-16, Y: 57-63. Baaj Temple will now be in the list of locations in the NavMap.

Before going to Baaj Temple, you may want to revisit the temple in Zanarkand. Enter the cloister of trials to find a new puzzle on the display in the first room. You must step on seven white squares to solve this puzzle. Three are in the first room and four are in the second.

Stepping on all seven white squares without touching any colored shapes will reveal a Destruction Sphere in the first room. Pick it up and place it in the indent on the north wall in the second room to reveal the hidden item: Yuna’s Magistral Rod.

With that out of the way, return to the Airship and fly to Baaj Temple. A boss battle is a short distance north from the save sphere at Baaj Temple. Equip Tidus, Rikku, and Wakka with armor that wards or prevents petrification if possible, and try equipping them with an elemental weapon such as Tidus’s Brotherhood sword. Save at the save sphere, then jump into the water to the north when ready. Swim to the green square on the mini-map to the northeast to fight Geosgaeno. If you’re not looking at the mini-map, it’s northwest. 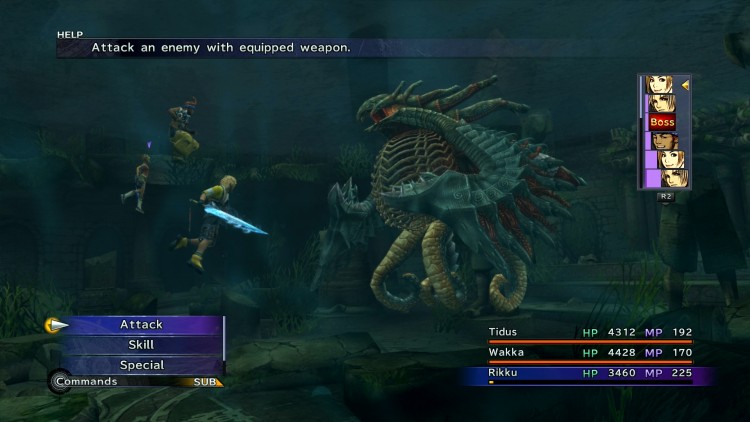 This Fiend is wake to all four magic types. Use Tidus’s Hastega spell to get in more turns. To attack, use elemental weapons and elemental items with Rikku’s Use ability.

If the battle goes on for too long, the boss will swallow a teammate. The swallowed teammate can use a trigger command called struggle to attack from within. Geosgaeno will then spit out the teammate and cause massive damage.

Defeat Geosgaeno as fast as possible using these tactics. You may get a piece of armor that casts auto reflect for defeating the boss. It’s best to soft reset here (L1+R1+L2+R2+START+SELECT). Try again until you get a weapon that will stop all random encounters while equipped.

Before going into the temple up ahead, search the south side of the area (south when looking at the mini-map) for a treasure chest. This chest contain’s Lulu’s celestial weapon, the Onion Knight.

Enter the temple and search the southeast and southwest walls to find treasure chests containing Mega Phoenix x4 and a Mega Potion.

The small room also holds several pedestals. If you found all the hidden items in each temple around Spira, standing in front of these pedestals will cause a glyph to appear. If you followed this guide up until this point, you should have all the hidden items. Light up all the glyphs to lower the shield to the north. Enter the door to the north and speak with the Fayth to receive Anima. You will also get more back story.