The Traveler’s Save Sphere will now be upgraded to Level 3. Whenever you’re in Spira, you can teleport back to the Airship using a Save Sphere. 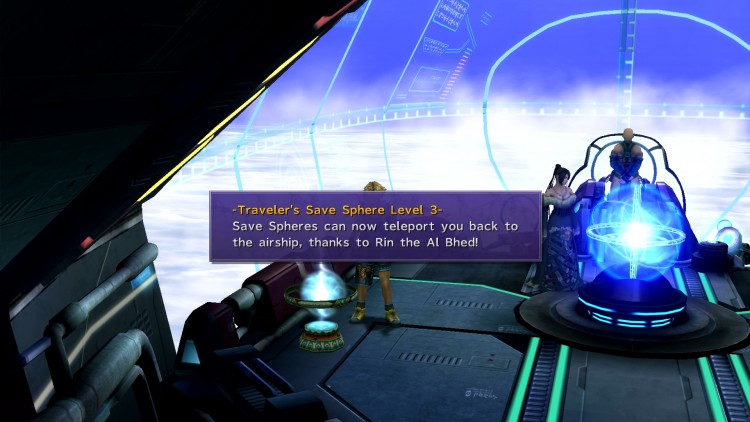 Rin is also aboard the airship. He has a number of very expensive, but very good, weapons and armor. You can also buy some items from him, like usual. 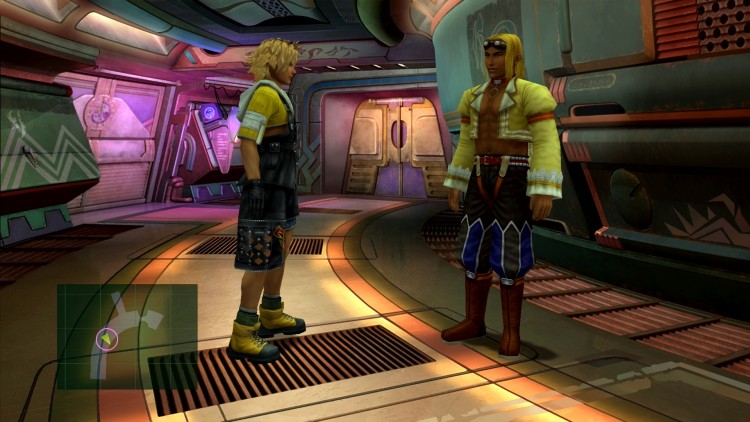 Go towards the back of the ship to find Yuna and Kimahri. Speak with them to progress the story. Your next objective is to find Maester Mika in Bevelle.

Return to the bridge to hear what the rest of your team has come up with. You can now talk with Cid to open the NavMap and pick a destination. You can go straight to the Highbridge of Bevelle, or you can take on some side quests. If you want the final set of battles to go smoothly, it’s best to do some side quests. You can earn a number of trophies as well!

Six secret locations can be found hidden on the Spira map while inside the Airship. Use the cursor while on the map and press X to find these secret areas.

You may or may not have noticed certain signs around Spira with Al Bhed on them. If you learned he Al Bhed language, you can now decipher these signs and find three secret passwords. Input these passwords into the Airship to find secret locations.

Input the password “GODHAND” into the Airship to find a secret area below Mushroom Rock Road. This area contains a treasure chest with Rikku’s Celestial Weapon inside.

Input the password “VICTORIOUS” into the Airship to find a secret area at the ruins in Besaid. Climb up the tree to find Rikku’s armor, “Victorious.”

Input the password “MURASAME” into the Airship to find a secret area at the ruins in Besaid. Nearby is Auron’s special weapon, “Murasame.”

Additionally, if you revisit certain areas, you will come across incredibly powerful Dark Aeons. See the Aeons page for more information. Defeating them all will allow you to face an even stronger boss called Penance.