A short cut scene will play out as the party enters Home, which is the Al Bhed home on Bikanel Island. After the cut scene, grab the Al Bhed Primer vol. XIX to the west. Save the game at the save sphere to the east, then go through the door to the north.

When you reach the party through the door, you’ll enter a battle with three Bombs and a Guado Guardian. Remember, Bombs will explode after being hit three times. Use ice attacks to take them out quickly.

Through the next door is another automatic battle with two Dual Horns and a Guado Guardian. These guys have no weaknesses to elements, so use whatever you like.

After the battle, follow the stairway down the hall, then head back to the south and enter the door to the west. Inside are two more Dual Horns and a Guado Guardian. Defeat them to gain access to two treasure chests on the floor and the Al Bhed Primer vol. XX on the bed. The treasure chests will give you a quiz in Al Bhed. If you’ve obtained all the Primers up until now, you should be able to answer them easily. The right treasure chest will ask you to match two words. If you get it right, you’ll obtain a Friend Sphere. The left treasure chest will give you the item you choose from the list. The best item off the list is the Mega Potion.

Return to the hallway and walk down the stairs to the north. Open the treasure chest at the bottom to obtain four Al Bhed Potions. When you reach the fork in the road up ahead, take the right path to the Al Bhed Primer vol. XXI at the end of the hall. 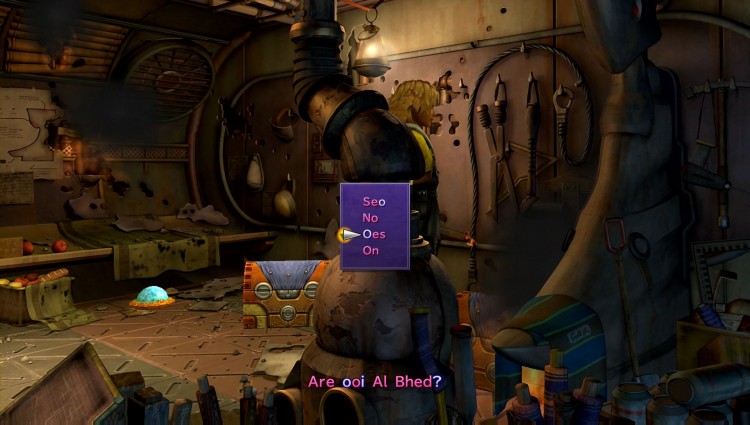 Return to the fork in the road and take the path to the north. This will lead you to a treasure chest containing six Al Bhed Potions.

With the last two paths cleared, return to the intersection once again and take the left path. You’ll find a Save Sphere in front of the door to the west. A cut scene will activate once you go through the door, followed by a battle with two chimera.

Head through the door to the north, and another scene will play out. Once the scene is over, open the treasure chest to the southwest (based on the mini-map) to obtain 10,000 Gil.

Go through the door to the southeast, then ascend the staircase to leave Home.