Before going ahead, swim to the southwest to find a treasure chest containing four Remedies. 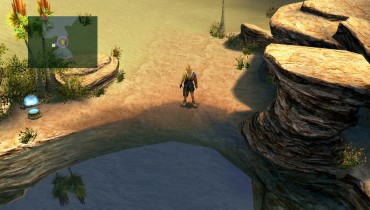 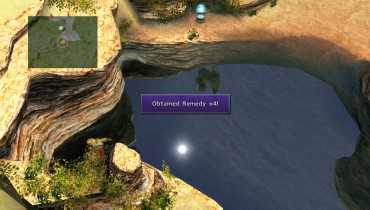 As you walk north, you’ll enter battle with a Zu. Just keep attacking and your teammates will come in to help. Auron and Lulu will join be the first to return to the party. 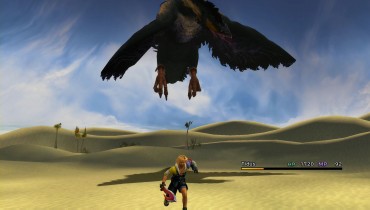 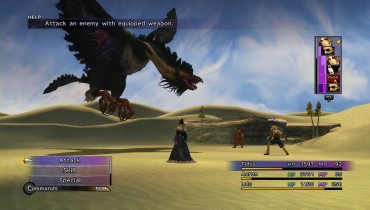 Continue north after the battle to find Wakka near a treasure chest. This treasure chest contains an Al Bhed Potion. You’ll find a lot of these in this area, but only Rikku can use them in battle with her Use ability. 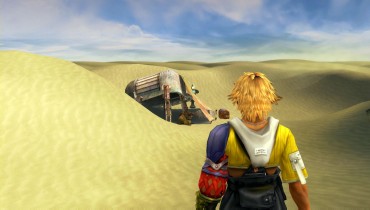 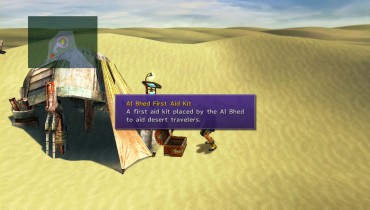 Kimarhi can be found in the next area. He’ll be at the dead end to the northeast. Walk towards him to bring him back into the party. 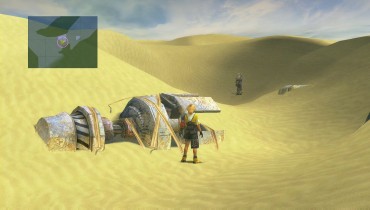 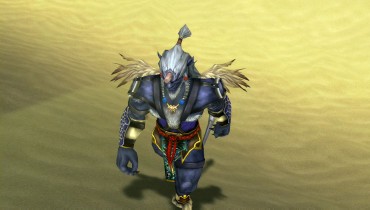 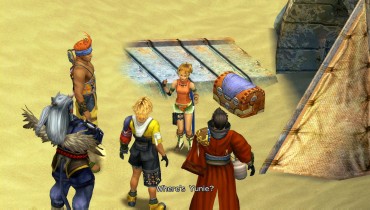 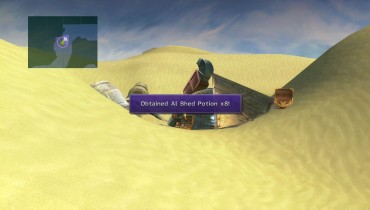 Before entering the next area, go to the dead end in the northwest to find a treasure chest containing four Hi-Potions. 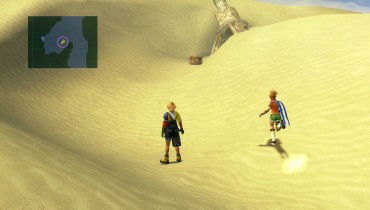 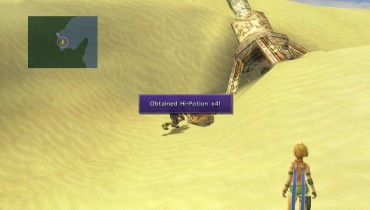 This area is very large and open. It’s primarily split into two parts, connected by a thin path in the middle. You start out in the southeast. Travel north and west to find three treasure chests containing (listed from east to west) four Hi-Potions, two X-Potions, and two Mega-Potions. 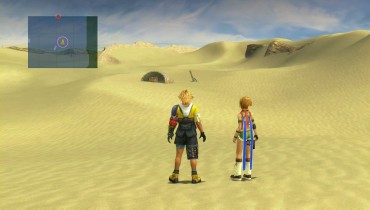 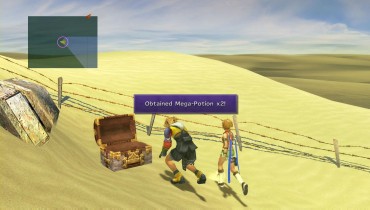 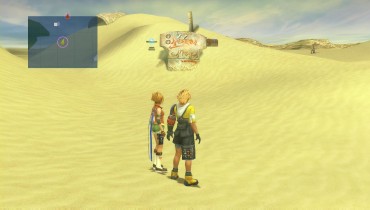 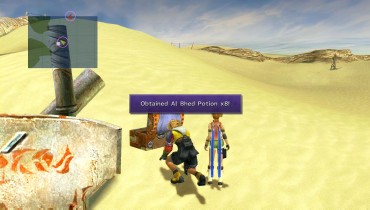 Northeast of the save sphere is the Al Bhed Primer vol. XVIII. It’s next to the Al Bhed sign. 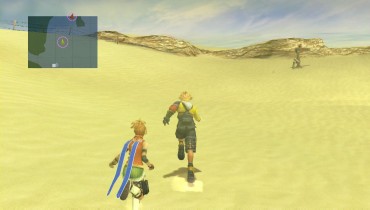 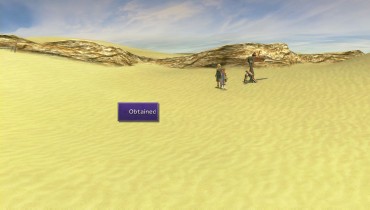 You can travel to the next area by going north, but it’s best to go west of the save sphere to find more items. There are three treasure chests in the western area containing a Lv. 2 Key Sphere, an Elixir, and two Mega-Potions. Two of the treasure chests are located together inside a ruin. The other is located at the far southwest corner. 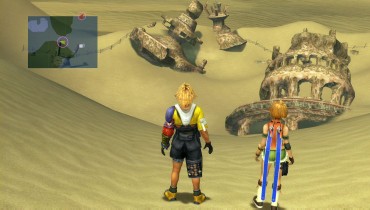 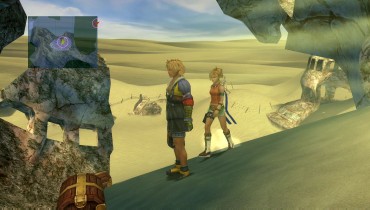 North of the treasure chests within the ruin is the Al Bhed Primer vol. XVII. After grabbing it, head to the next area to the north. 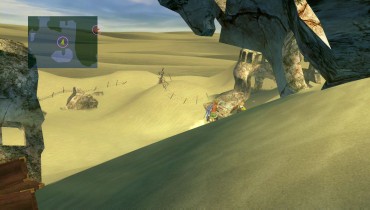 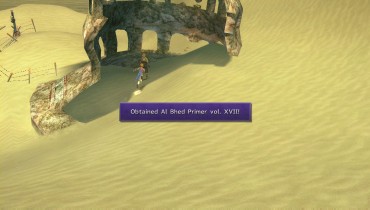 The area to the northeast is covered in a sandstorm. This area holds one of the items required to power up Rikku’s Celestial Weapon, but it may be best to do this side quest later on. Travel to the northwest for now. 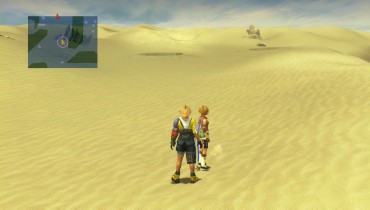 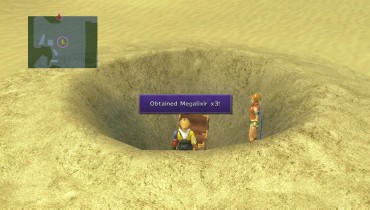 After gathering all the items listed above, head north to the next area. You’ll have to fight one more Sandragora before passing north to Home. Be wary of its seed attack. It may cause confusion to a target. 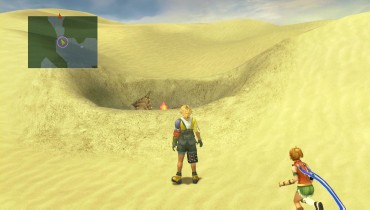 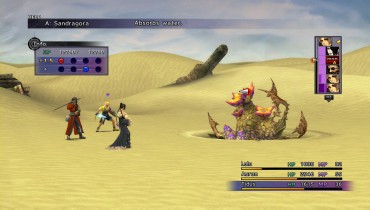