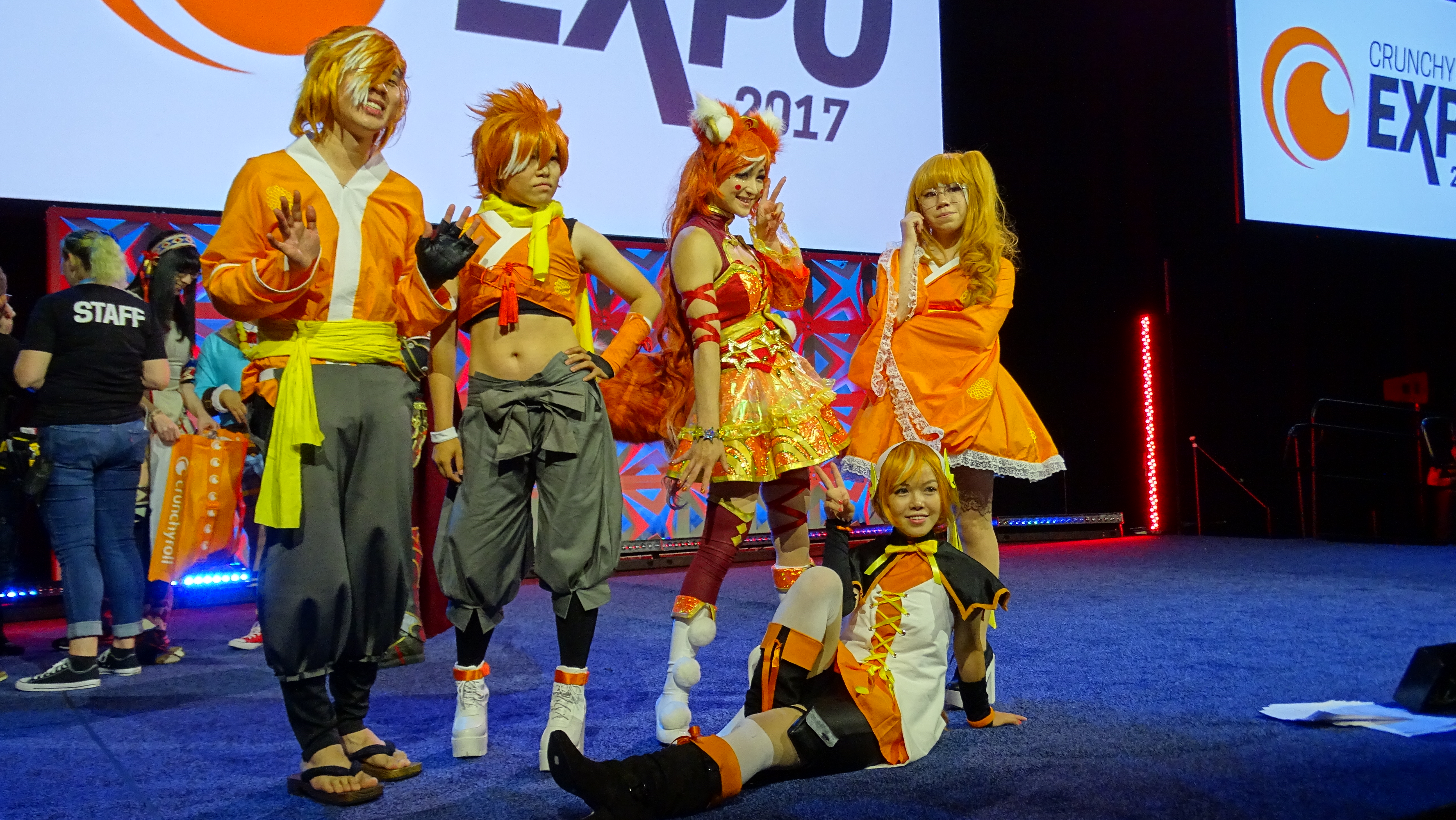 I attended the first ever Crunchyroll Expo. Here’s my story!

I wanted to go the moment I heard Crunchyroll would be having their very own convention. Crunchyroll Expo 2017 took place at the Santa Clara Convention Center, August 25-27. That just happened to be the same weekend as my birthday! I took the train and stood in the hotel right next to the convention center.

The convention was a lot smaller than I had thought it would be. There wasn’t too much info about the convention until about a month before it took place. They did have a number of awesome panels to go to, but many took place at the same time. It was hard to pick and choose which ones to go to. There was also a small art exhibit featuring Yoshitaka Amano and some Hunter X Hunter sketches. Amano’s artworks was absolutely gorgeous, and some of his art was for sale as clear files and small prints.

Other than the panels, there was an exhibit hall and a separate artist alley. The artist alley was full of “amateur” artists, and I use the term amateur lightly as some of the artwork was absolutely magnificent. You can get paper prints, fabric wall scrolls, metal posters, and even little nick nacks. The exhibit hall had official merchandise like figures, t-shirts, plushies, etc. It was far smaller than any convention I’ve been to, and much of the space was taken up by inflatable decorations, anime cut outs, and Itasha. They were awesome to look at, but I wish there were more vendors.

Crunchyroll had two booths, and both were selling stuff. The official Crunchyroll store had some awesome items on display, while the booth was just a regular booth. If you were a VIP member, you would get a discount on all items at either booth.

Unfortunately, I caught a cold the day before leaving for the convention. I didn’t participate in as much as I had originally wanted to, but then again there wasn’t a lot of stuff to do when compared to well established conventions. The biggest and best thing was the cosplay masquerade on day 2. There was a normal cosplay masquerade where people would either walk on stage to show off their cosplay or perform small skits. The announcers were really awesome. While the cosplayers were being judged, the show turned into a sort of variety show. People were chosen randomly throughout the audience to participate in short competitions such as drawing whatever was recommended in about 15 seconds, acting out scenes in the funniest way possible, and dancing to anime intros.

The best thing I liked about Crunchyroll Expo was how the majority of cosplayers were anime or video game characters. The convention was a bit underwhelming, and the ticket prices were astronomical. I just hope the con picks up in the coming years.