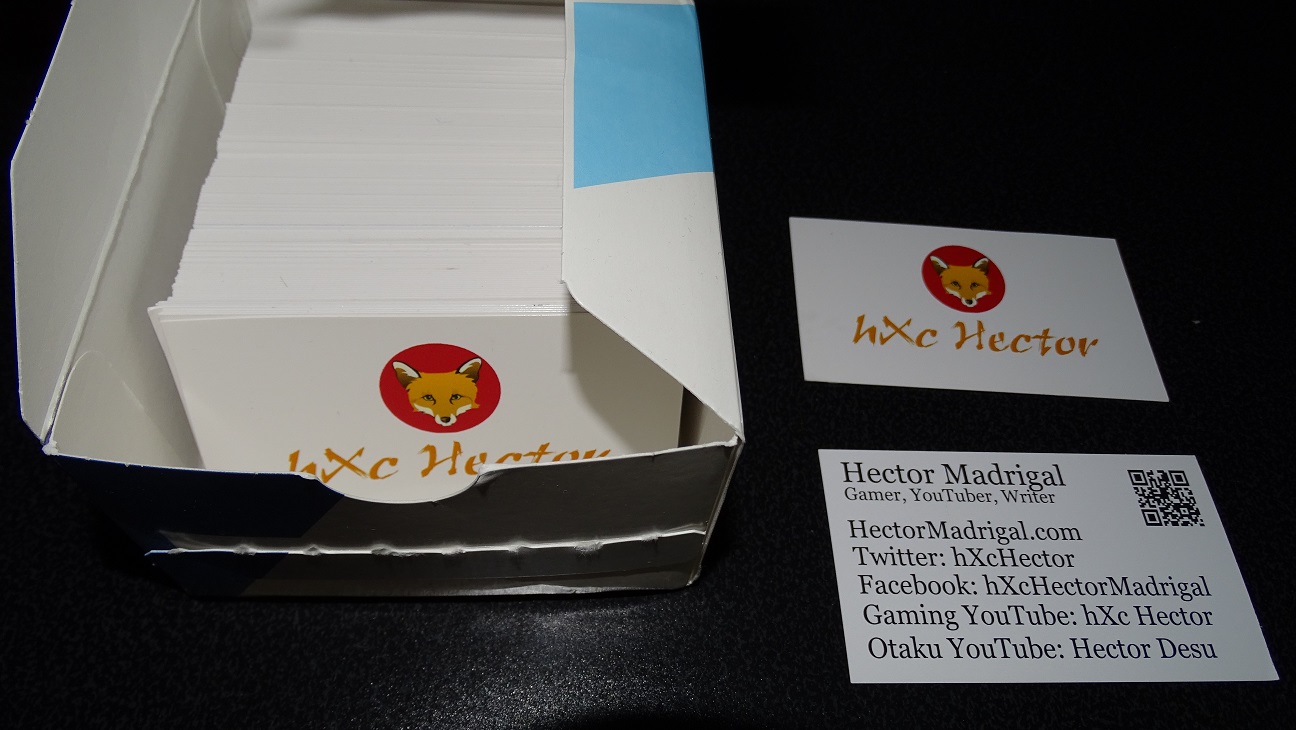 A few months ago I decided to get my very own Cosplay Cards — or “coscards” as a friend of mine would put it.

After my very first convention at SacAnime Summer 2015, I noticed a lot of people online couldn’t find pictures that were taken of them. That’s when a friend of mine told me about cosplay cards. It’s a very easy way to exchange information with others. I bought a small box — well, it was pretty large since it only contained cads — and tried handing out as much as I could so people could easily find the pictures I took of them or with them at SacAnime Winter 2016.

Not only are these cards a great way to help others find pictures, but they’re terrific for marketing. I’m not trying to market myself as a professional cosplayer, photographer, or even a model. I’m trying to get as many people as I can to check out all this content I create on this website and my YouTube channels. My cosplay cards have a picture of my Japanese channel’s logo on the front, my online name I’m most known for (hXc Hector), my full name on the back, my website URL, a QR Code leading to my website, and the names of my Twitter, Facebook, and two YouTube channels. I recommend getting cards like these if you want to promote yourself in the same way.

I received only three cosplay cards when I was at SacAnime Winter 2016. I’m sure it’s because most people cosplay for fun and don’t have social media sites dedicated to cosplay. No disrespect intended to those cosplayers who have cards!

The cosplay cards I received looked a billion times better than mine, and were more focused around cosplay instead of all the other stuff I listed on my card. I’m pretty split between my gaming, cosplay, and writing about both gaming and otaku subjects.

I started thinking about ordering newer, better cards for the future, but I still have so many cards I could give out. It would be a waste of money if I just threw them away. I also want to redesign my Otaku channel’s logo and maybe add my Instagram. Does anyone else have Coscards?