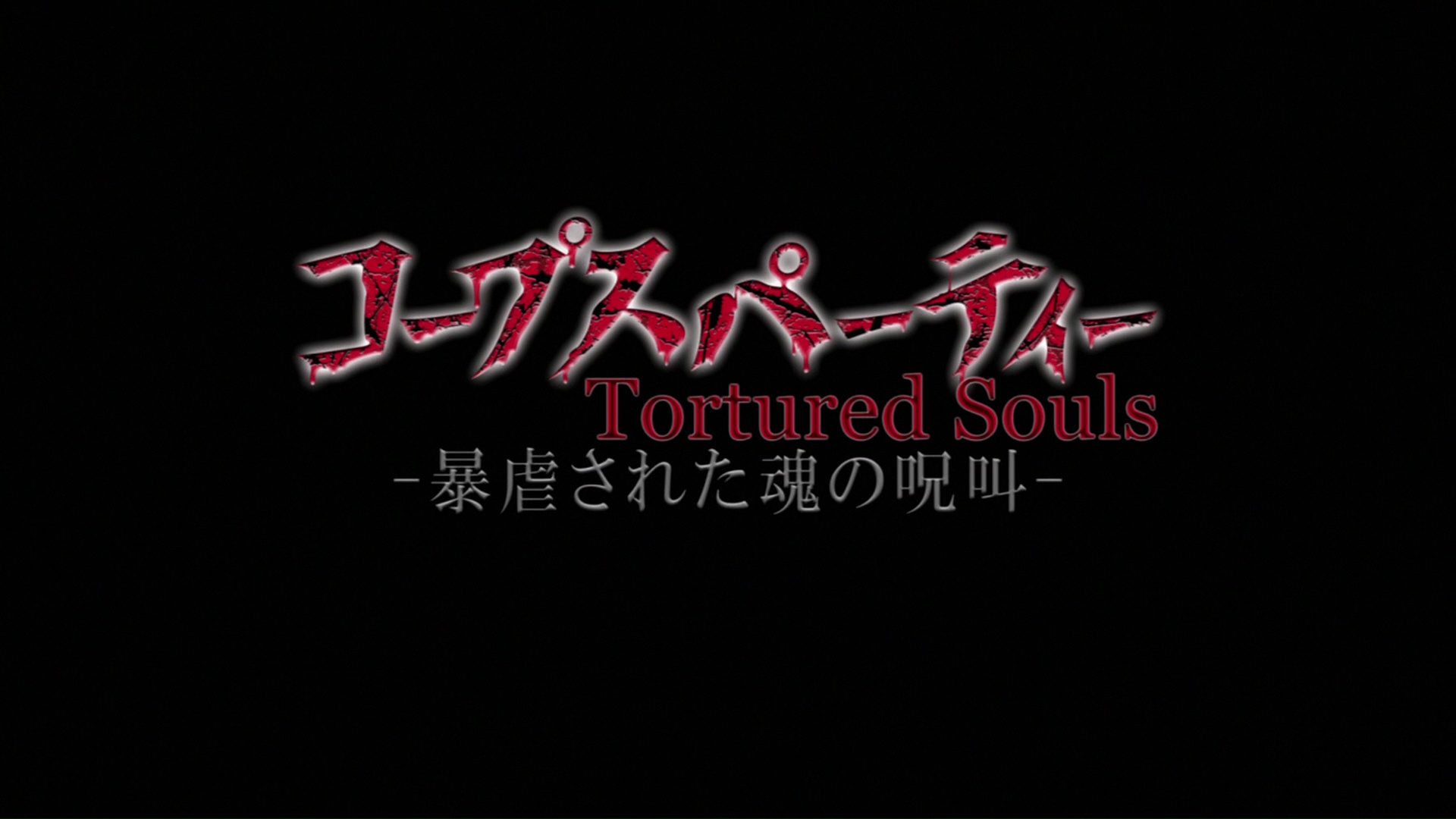 A short anime based off the survival horror video game. How is it compared to the game?

As always, I will try not to post any spoilers unless necessary. I may allude to certain things, but I won’t give any specifics! Here’s my Corpse Party Tortured Souls review.

Corpse Party Tortured Souls is a four part OVA based on the Corpse Party video game on PC and PSP. The story follows several school kids who are trapped in an old, rundown school called the Heavenly Host Elementary School. However, this isn’t an ordinary school because the real Heavenly Host was torn down many decades ago after a series of murders. 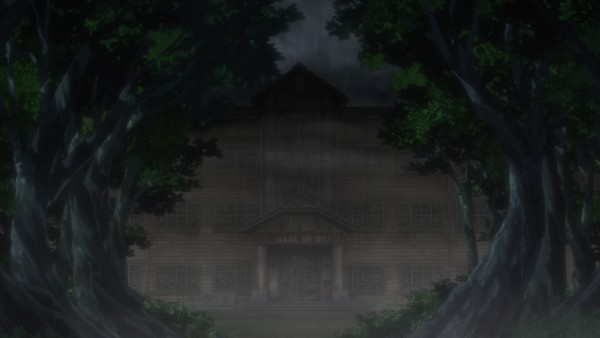 The students have no idea how they arrived at the school. The only thing they do remember is performing an occult ritual at their old school to stay friends forever. An earthquake occurred, splitting the floor and taking them to who knows where. Many student woke up in different parts of Heavenly Host, but some remained together. While in the school, everyone tries to survive against evil murdering spirits while finding a way back home. Unfortunately, a simple death isn’t the only thing these kids must worry about. Some go insane from the strange incidents. 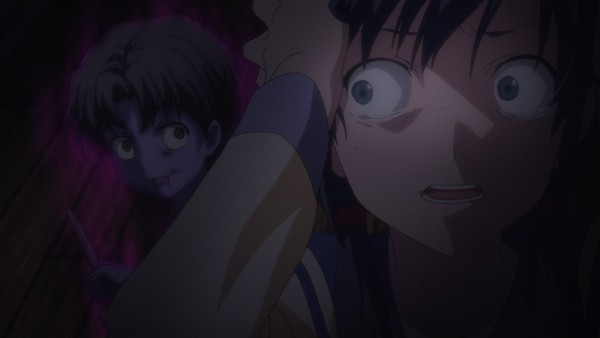 This is a nice twist from the general fight to stay alive narrative most horrors have. Unfortunately, I felt as though the creators didn’t give enough back story to the madness that was found in the games. They mentioned it quickly, but seemed to glanced over the fact that many had died and/or went crazy in the school simply from hunger and thirst. This information was spread out in old journals in the video game, but they could have found a way to translate it better onto the screen.

Although the story has a nice change in pace, the music is pretty standard for the horror genre. Corpse Party features both sound effects and music to keep you on edge during key moments. When something big is happening, either eerie or heart-racing music will accompany it. During any other moments, the anime generally remains silent to keep you a little anxious. It’s nothing ground breaking, but that doesn’t mean it’s bad either.

Thankfully, the feel of terror and insanity was still all there thanks to the returning voice actors. It seems as though all the voice actors from the PSP version of Corpse Party reprise their roles in this anime. Each one does a terrific job capturing the character’s fear and anguish as they fight to stay alive. 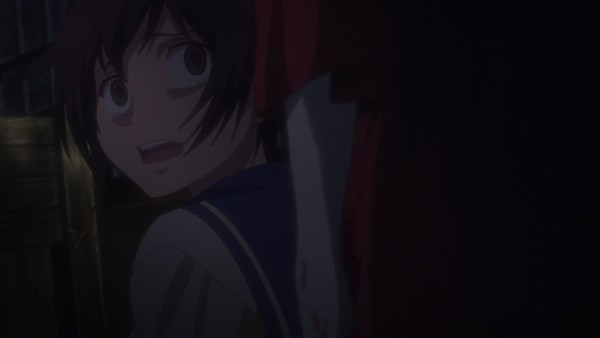 The imagery in Corpse Party is very dark and disturbing. There is a massive amount of blood and gore that may make some queasy, so if you have a weak stomach this anime may not be for you. Personally, I felt the amount of gore overshadowed the real horror that should be found in the series. The video game did include a decent amount of gore — the series is called Corpse Party after all — but the terror barely seems present at times. 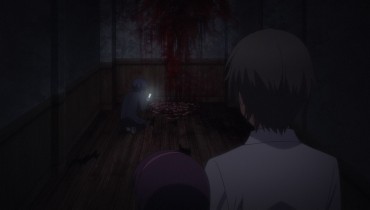 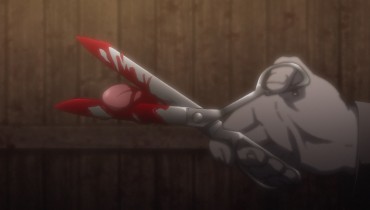 However, one thing fans of the video games may not expect is the random fan service. From time to time you’ll get an unusually angled shot out of no where that takes you further away from the horror. The game didn’t feature anything to this degree. 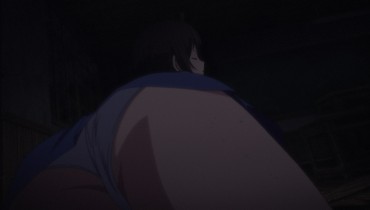 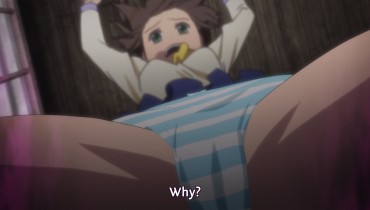 Most of the original Corpse Party game is a visual novel style that has many alternate endings. Since there’s only one ending and storyline in this anime, it seems the creators tried to combine as many Wrong Ends as they could while staying on track to the True Ending. This will keep longtime fans on edge since the same characters that survive in the game may not make it out in the anime.

The four episode story is packed with narrative from the game, but not too much to overwhelm a normal anime fan. I’m sure fans of the Corpse Party video game would like even more back story — just as I pointed out earlier in the review, though I think my single point was justified — but the anime still does a great job of telling the story while having enough time for action sequences and drama.

Corpse Party Tortured Souls does a great job of mixing as many alternate endings from the game in this one OVA, all while sticking to the main story from the true ending. It definitely sucks you in without overstaying it’s welcome. The only downside I saw was the random fan service and massive amounts of gore that overshadowed the horror. Regardless, there are definitely select scenes that will haunt you because of the mix of terror and carnage. I definitely recommend this anime to both fans of the video game and those who love dark and disturbing horrors like this!