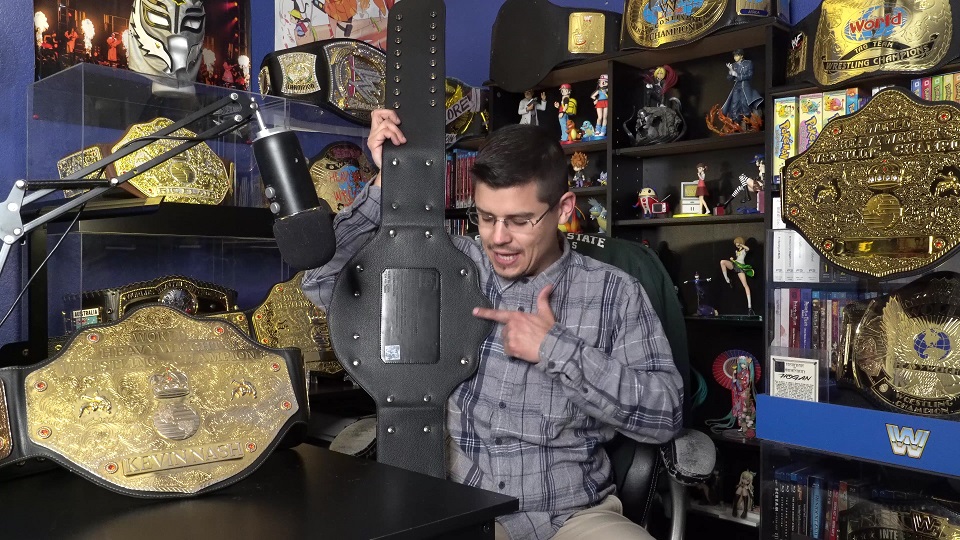 Championship Belt Replicas – What You Need To Know

Looking at new and old school World Championships? Make sure you know these tips and tricks before buying a championship belt replica online to avoid scams and buyer’s remorse.

1. Bootleg vs Replica vs Real

If you search for a WWE Championship or AEW Championship belt, you will get flooded with numerous results from various price points. There are three general categories all buyers and sellers should know.

Bootleg replica belts, also known as boots, are unofficial replicas of championship belts. They are often poor quality, handmade belts. Avoid all listings and sales posts that use the exact same stock photos from official shops. Don’t be afraid to ask for more pictures and details from the seller.

Official replica belts are machine produced belts with proper licensing from the original belt maker, wrestling promotion, and manufacturer. They come in adult size metal replicas, adult size plastic commemorative replicas, kids/youth size metal replicas, and mini replicas which are 12 inches in length. These are the belts that collectors will commonly buy, sell, and trade. Common replica producers include Figures Toy Company, Premier, and the WWE Shop. The average adult replica costs around $300, but rarer belts will be higher in price.

Real belts (sometimes real replica) are handmade championship belts that are meticulously crafted with great detail and high quality materials. They are usually created by reputable belt makers who require official licensing before they can produce a copyrighted belt. Real belts will cost thousands of dollars each and take months to create.

2. Check the Back Patch

When unsure if the replica is official or a bootleg, ask for a picture of the back of the belt. Officially licensed replicas have all the information printed on the back including the manufacturing company and the year it was produced.

Restoned: A belt that had the original, plastic stones removed and new stones added. It is common for old stones to be drilled out of the plate and new stones such as Swarovski or cubic zirconia to be added.

Releathered: A belt that has the original strap replaced with a higher quality strap. Although these will make the replicas look more realistic, it will also take away the official licensing from the back of the strap.

Etching: The design carved into the metal plates. 3D etching has the design popping out of the plate instead of drawn into a flat plate. Ex: WWE Shop Big Gold vs Fandu Big Gold.

Relief Piece(s): The extra pieces added to the base plate of a championship belt. These pieces might be screwed into or welded onto the plates. Ex: The globe, crown, and wrestlers on the WCW World Heavyweight Championship replica.

Stacked: Multiple plates placed on top of one another. The plates could be screwed, glued, or welded together.

Tooling: The design pressed into the (faux) leather strap.