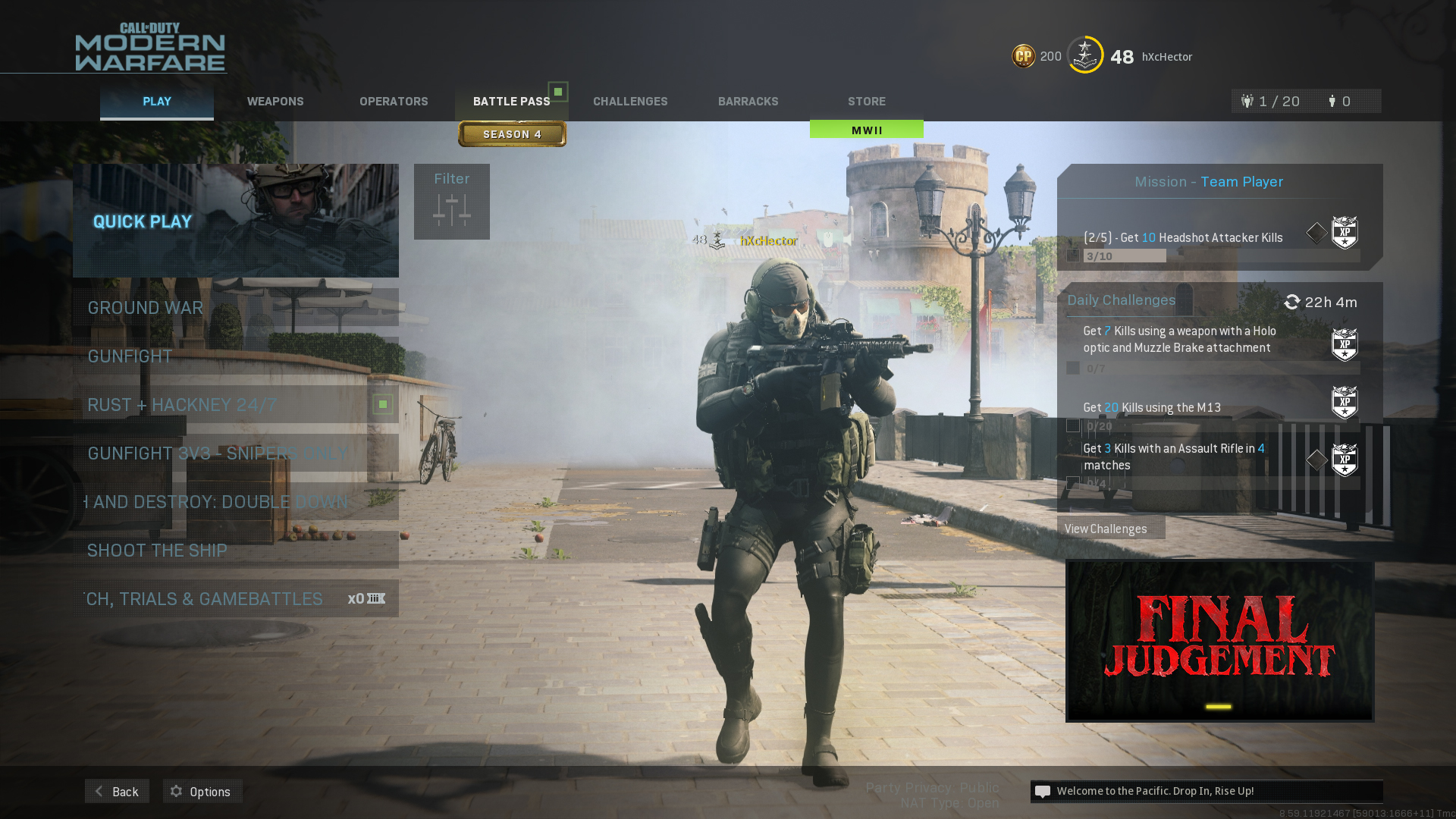 Call of Duty: Modern Warfare allows players from three different platforms to face each other in cross-platform online multiplayer. PC, Xbox One, and PlayStation 4 players can all meet in the same game, and all have the option to play with a keyboard and mouse for truly competitive gameplay. Modern Warfare also allows players to use the same unlocks and classes on different platforms (separate game purchases required). Simply create and sign into a Call of Duty account under the options menu to unlock cross-progression.

Modern Warfare’s multiplayer features a wide variety of game modes under core, hardcore, and the Call of Duty League. A specific game mode can be selected by clicking the “Filter” button next to the “Quick Play” option. Select multiple game modes in the filter to play a rotation of game modes.

Beneath the Quick Play option are five playlists that the developers switch every so often. Keep an eye out for a new game mode with special rules.

At the very bottom of the list is the private match, trials, and gamebattles section. Select this option to play private matches with friends alongside or against AI bots, play short Trials to earn one of three stars and other rewards, or play special tournament Gamebattles (visit GameBattles.com to join a ladder).