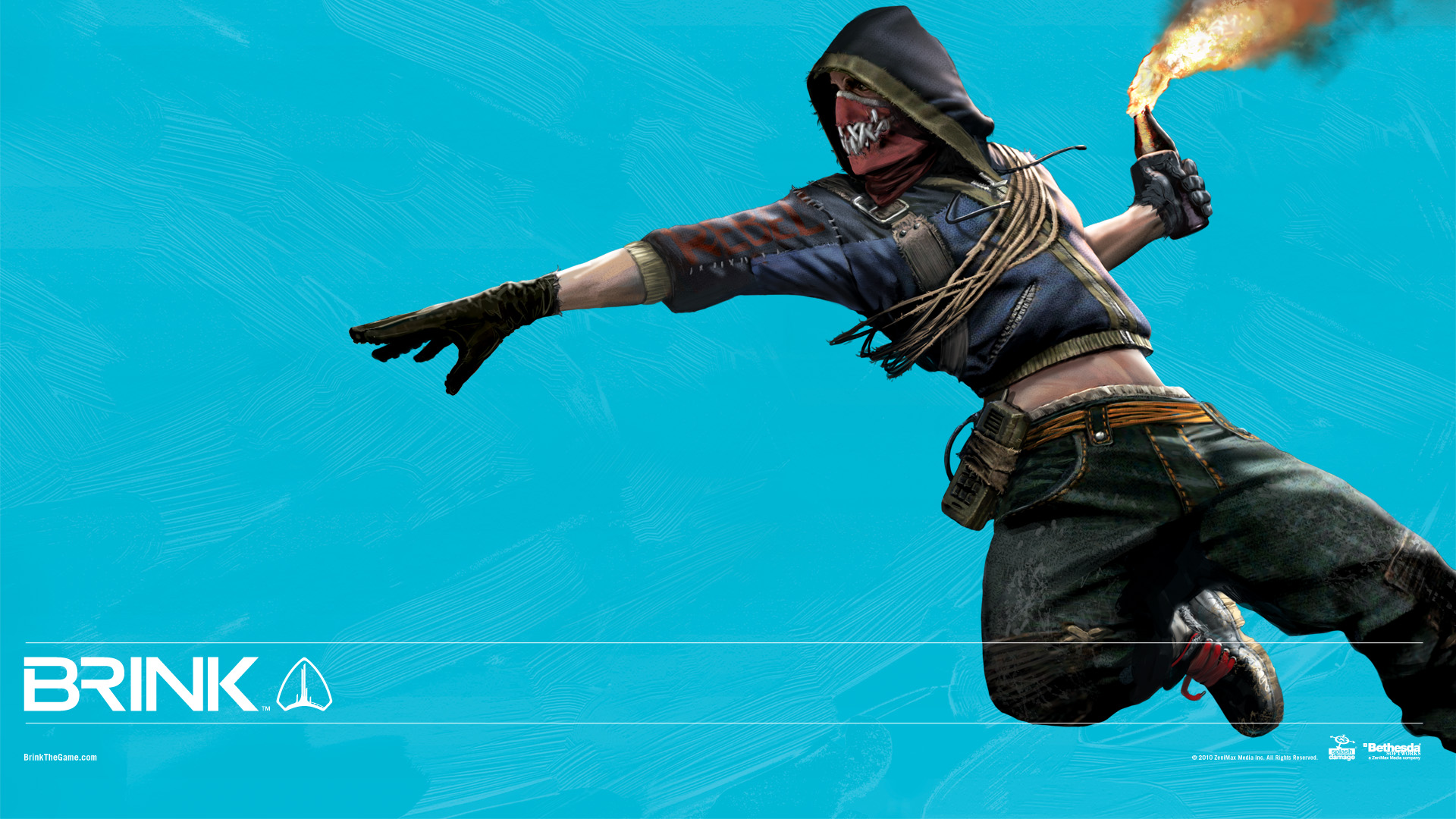 Quite a few people may have heard of Brink by now, but it hasn’t gathered as huge of a following as other new IPs like Homefront or Bulletstorm. Splash Damage wanted to push the boundaries of the regular First Person Shooter video game without going in a totally new direction like Bulletstorm. This game was actually pushed back twice, then the release date was brought up one week at the end. May 10, 2011 was the day it officially came out. We’ve had our hands on this game for some time now to check the ins and outs. Is it worth the $60? Let’s break it down.

Brink is a Parkour style first person shooter with four separate character classes to choose from. What’s Parkour you ask? The Parkour style is the ability to move around an environment quick and agile. You may see videos of people jumping up or sliding under various obstacles around a neighborhood, well that is Parkour. You have this ability in Brink, but that doesn’t mean the first person shooter aspect was left in the dust. There are 24 different guns in Brink, each one can be customized with various attachments to make it as unique as your character. There are Machine Guns, Assault Rifles, Submachine Guns, Shotguns, Sniper Rifles, and Pistols. Unfortunately, you cannot use every weapon type unless you choose the correct body type for your character.

Along with the character’s looks and weapon customization, each character can choose one of four different classes to play as. Don’t worry, you don’t have to choose one character class and be done with it. You have the option of switching classes multiple times in each match. These classes are: Soldier, Engineer, Medic, and Operative. They all play out just like they sound. Each character class has a special set of abilities which you can buy as you level up through the 20 levels/5 ranks for each character. There’s the ability to disguising yourself as the enemy while playing as an Operative, and there’s the ability to plant landmines or auto-turrets as the Engineer. Some abilities are there from the start to complete basic objectives in a match. Let’s move on to the matches.

Brink features three basic game modes: Campaign, Freeplay, and Challenges. The Campaign isn’t what most may be used to for First Person Shooters these days. In fact, the Campaign is the same thing as Freeplay, but you have the ability to customize options in Freeplay. A small story was built for Brink and advertised on their website, but in reality there’s only about a minute of dialogue at the start of each mission. You are given 8 maps to play on as either The Resistance or Security. Each map gives you two to five objectives to accomplish with a team of eight (including you) vs another team of eight. You must switch between the four different classes to accomplish each objective. If you’re on offense, you must accomplish each objective to complete the mission. If you’re on defense, you guard the objective until the time runs out. That’s all there is to the Campaign and Freeplay. We were completely under whelmed and disappointed in the lack of story or even gameplay that Brink had to offer. The Challenge Mode adds another 4 maps, but the objectives are more of a tutorial to Brink than an actual Challenge Mode. All three modes can be played on or offline. All three modes give you XP which saves to your character. That’s the entire game when it comes to playing.

When we heard Brink would blur the lines between multiplayer and single player, we really had something better in mind. Yes, it does blur the lines, but the sides of the lines are pretty bland already. You can either play alone with bots, or switch on the option to allow players to join your session. You can even join another player’s session in progress, but there are no lobbies to search for a full game. One of the bots is removed in game and replaced with a real player. You can still only play the same maps with the same objectives. This is definitely not what we had in mind. Of course, that’s not the first bit of information we heard from Splash Damage or Bethesda that ended up disappointing us in the long run.

While the game was being developed, a few articles were written by Splash Damage, Bethesda, and a few other gaming websites. They talked about the great audio and video Brink had to offer. After all the time we had with Brink on the Xbox 360, we’ve come to bring you the real review. First let us start off by saying this game is more like an arcade style shooter. This game is not meant to be a realistic military type shooter like some people may be used to. The audio is decent for a First Person Shooter, but we had encountered a few problems. There were times when firing a fully automatic Machine Gun when the sound would mess up entirely and sound distorted. It’s hard to explain what the sound was, but it definitely wasn’t the sound of a gun. Other times we paused the game, which normally cuts off all sound, but an ongoing loop of sound would continue to play. The visuals are decent for an arcade style shooter. The characters look very cartoonish, almost like Team Fortress 2. The colors are vibrant and nice, but other times the background would flash and cut out to black. I’m sure these are all glitches, but if you push back your game two times, you might want to make sure the basic audio and video is fixed.

In conclusion, Brink had so much potential to be a great First Person Shooter which redefined the term “Run and Gun.” Unfortunately it fell way too short with very little in game content. The core game mechanics are nice, although some of the features aren’t new to the world of shooters, but there’s just not enough to this game. If we had to suggest renting or buying this game to a friend, we’d go with a flat rent.