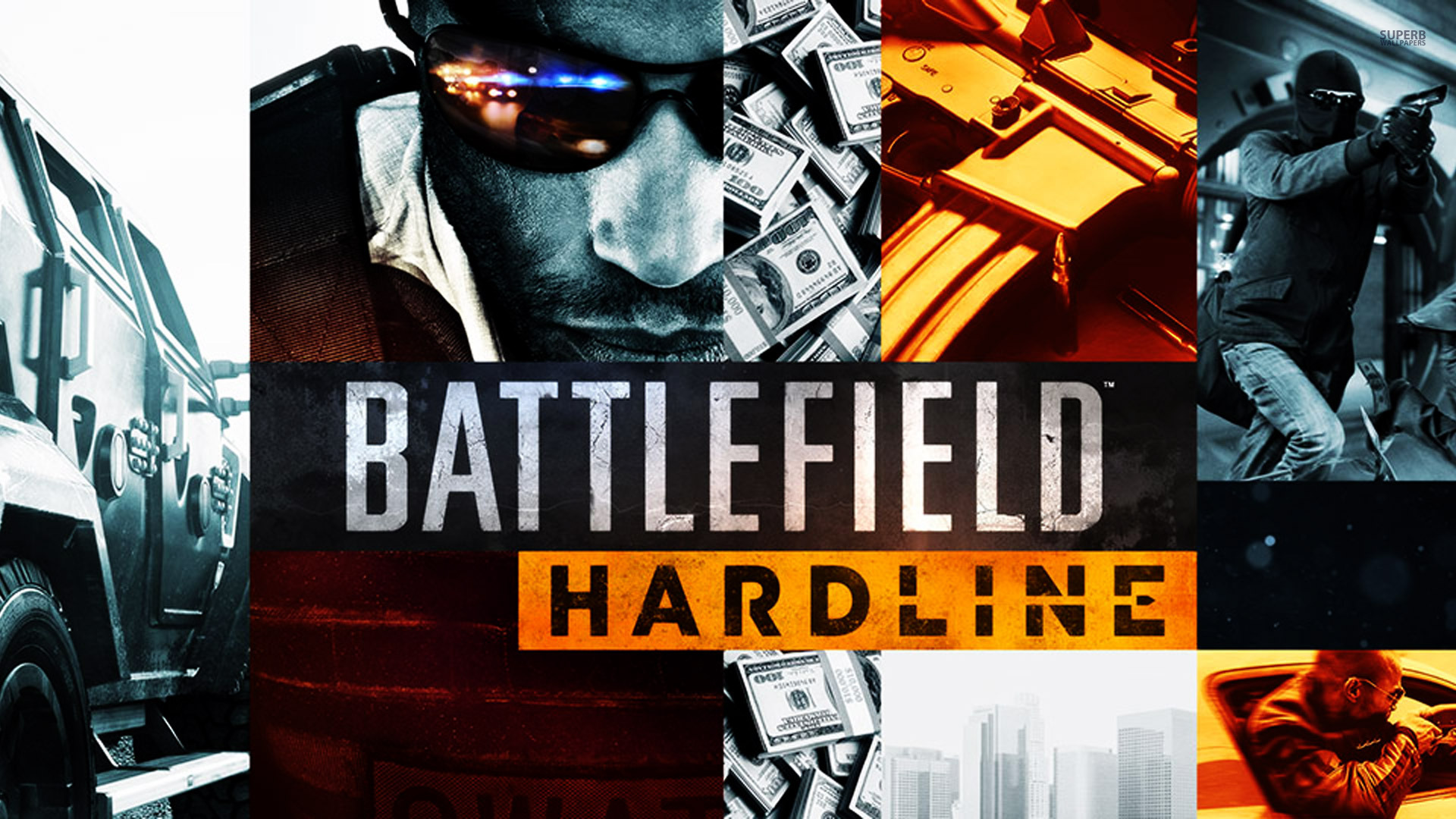 After an extensive play through, I’m ready to give my Battlefield Hardline Review.

Battlefield Hardline is a spin-off game in the Battlefield franchise. It’s made by Visceral Games, the same studio that made the Dead Space trilogy. For this game, they decided to focus on a Cops vs Criminals setting instead of a large-scale military setting that Battlefield is usually known for. Was that a good idea?

Before jumping into the two modes offered by Battlefield Hardline, I wanted to talk about the overall performance of the game. It runs on the same Frostbite Engine that Battlefield 4 ran on. The graphics and sound are just right for current times. You won’t get the full graphical experience on consoles, but you won’t need a high-end PC to max out the settings either.

Unlike Battlefield 4, Battlefield Hardline actually works in every way! After the disaster that was Battlefield 4’s Multiplayer, Visceral Games was given an extra five months to prepare and polish Hardline. You shouldn’t run into any problems while playing.

The Campaign of Battlefield Hardline plays out like a TV cop drama. The story is pretty solid, but a little predictable. The gameplay on the other hand is annoying if you’re looking for the average shooter.

Hardline’s campaign has 15 “expert levels” you can rank up as you play. The only ways to gain experience for these expert levels is to complete objectives, find collectibles, and play by the book. That means arresting criminals instead of outright killing them. Boring… You can walk up to an enemy and perform a melee take down, or flash your badge to stun up to three enemies at once before performing a melee take down arrest. 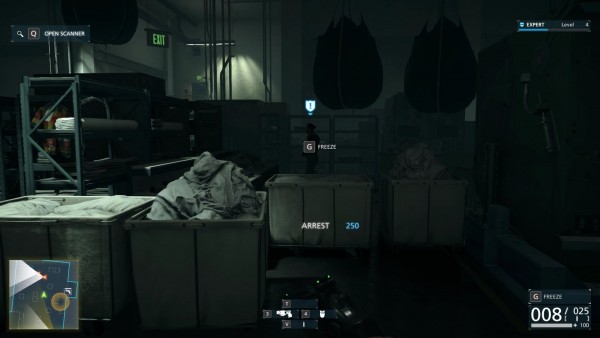 As you rank up you earn new weapons, attachments, and gadgets for use in the campaign. These can all be switched out by interacting with tactical gear boxes around each level or after dying. You can choose one sidearm, one primary weapon, a melee weapon, and two gadgets. Grenades cannot be used by the main character, but a number of enemies seem to have them.

An upside is a new stealthy way to play. You can throw bullet casings to distract enemies and sneak up close. The whole stealth gameplay is pretty flawed when you take out an enemy (arresting or killing) and have no choice but to leave their body where it drops. If you’re truly trying to be stealthy, you wouldn’t leave a body out in the middle of no where for the other criminals to find.

Another positive is how the levels are designed. You can tackle a group of enemies a number of ways, and there’s always a set amount of enemies instead of infinite spawns. Some areas do have alarm systems where criminals can call for reinforcements, but these alarm systems can be disabled.

The 10 episodes of Hardline’s campaign are incredibly short. The only factor that makes them long are the collectibles, and the fact that you can’t skip any cut scenes. Cut scenes aren’t even skippable after a second play through, which is the only way to play the hardest difficulty. So you’re forced to listen to the same story twice if you wish to get all achievements and trophies.

Collectibles aren’t too tough to find in Hardline, and they actually give you useful rewards. You jump into the game with a scanner that helps you find collectibles. The scanner will buzz when a collectible is nearby, then it will highlight the item when the scanner is being used to survey the area. The collectibles are actually evidence and open warrants that go towards a case file. Complete case files to rank up your expert levels and unlock battlepacks for the multiplayer. 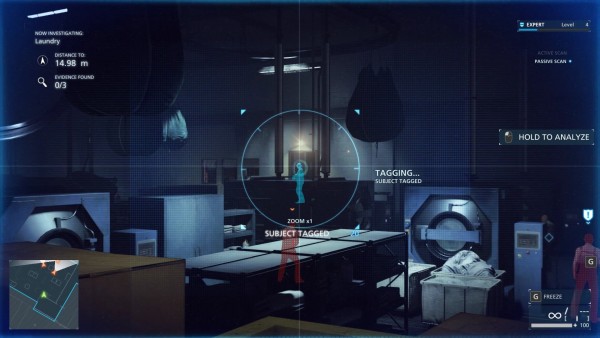 The main focus of Battlefield has always been the multiplayer. If you’re looking for massive maps with tons of vehicle gameplay like past Battlefield games, you will be disappointed. Battlefield Hardline has possibly the smallest maps of any Battlefield game ever. Some maps don’t even have vehicles on any game mode.

There are a total of seven game modes in Battlefield Hardline. Conquest and Team Deathmatch make a return, but the rest are brand new modes, or slightly altered modes you may be familiar with. Team Deathmatch is still infantry only, as are new comers Crosshair and Rescue. These two new game modes are meant for competitive gamers. There are no spawns, and each round has a short time limit. Crosshair is your classic VIP mode, while Rescue is a game mode where the cop team must rescue, escort, and extract one of the two hostages held by the criminal team.

Hotwire is another new game mode which is basically a mobile version of Conquest. Heist is almost a capture the flag style game mode where one team must grab two bags of cash and take them to extraction points.

Like past Battlefield games, Hardline has four classes to choose from: Operator, Mechanic, Enforcer, and Professional. Each class is equipped with a certain weapon class and specific gadgets. The operator is the medic, the mechanic is the engineer, the enforcer mainly plays support, and the professional is the sniper.

The unlock system in Hardline has its ups and downs, and can be really confusing in some areas. All experience earned in the game is tied to cash. If you earn 100 points from a kill, you earn 100 cash as well. This cash is used to purchase all weapons, attachments, gadgets, camo, and vehicle upgrades. Unfortunately, the only thing you can buy outright are weapons, gadgets, and grenades, and even then you can’t get all weapons with cash. 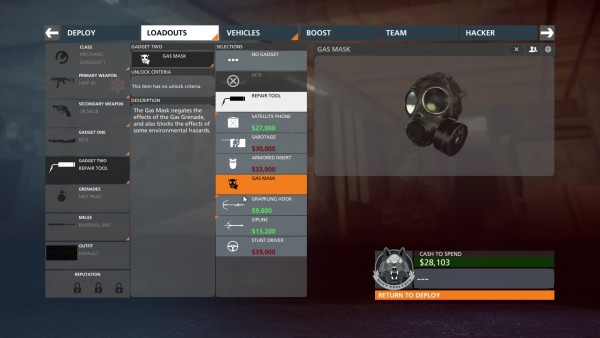 Almost all weapons are split between the cop faction and the criminal faction. Personally I think splitting weapons between two factions is great, and I wish this feature would return in many games. If you wish to unlock a weapon for the opposite faction, you must get 1,250 kills with that weapon, then spend an additional $50,000. The starting weapons are available to both factions, and one other primary weapon and sidearm in each class can only be unlocked after a series of assignments are completed. These assignments are frustrating to say the least, and forces you to play a certain way.

Attachments for weapons can only be purchased after a set amount of kills have been made with that gun. For example, if you wish to buy an optic for the M416, you must make 20 kills with that weapon to unlock all optics, then purchase the optic you want with the cash you have. The other three attachment slots require more kills. It would have been much better if you were allowed to buy any attachment at any time.

Vehicle unlocks require a set vehicle score –which is just experience points earned while using a certain vehicle –before an unlock can be purchased. Again, it would have been great to simply purchase the unlock without any extra hoops to jump through. If you’re worried about balancing issues, you can simply raise the price of an item. I’m currently at level 64 out of 150, and have purchased all weapons that can be purchased. I’ve barely purchased any attachments and weapon upgrades, and I don’t even think about wasting money on camouflage.

Another issue I have is with boosts, which are found in Battlepacks. Battlepacks are awarded to players for completing challenges, ranking up, and for various other reasons. There are Bronze, Silver, and Gold Battlepacks that have different types of random rewards. The most common reward are experience boosts. In Battlefield 4, you could use these boosts to increase all score earned in a game. However, in Hardline you have boosts for kills, objectives, assists, vehicles, and a couple other areas. These boost then have to be tied to one of the four classes (Operator, Mechanic, Enforcer, Professional), which means if you earn 2x XP in one class you won’t have any boost in another. Why they decided to dismantle boosts this much is beyond me. 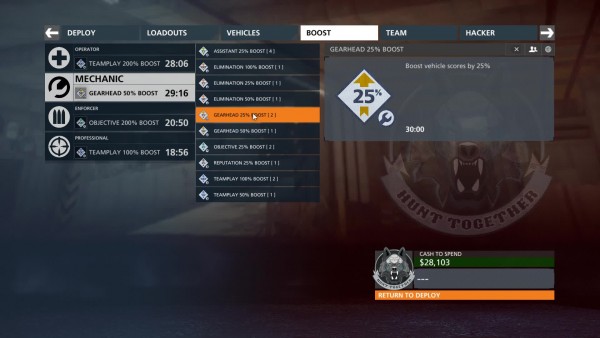 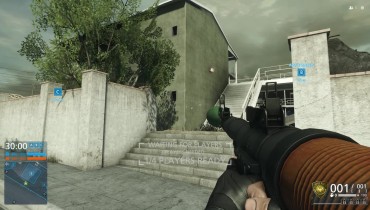 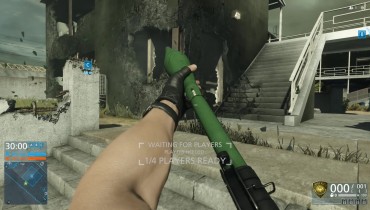 Battlefield Hardline definitely has its ups and downs. It doesn’t play quite like a normal Battlefield game, which may disappoint those who are looking for the same experience Battlefield usually offers. That’s not to say Hardline is a bad game, it’s just very different from the Battlefield franchise. There are a number of changes I would have liked to see, but we can’t always have our way.

If you’re looking for the same old Battlefield game, Hardline may not be for you. I still recommend trying it out. Rent it, play it at a friend’s house, or buy a digital copy off of Origin. If you don’t like the game, you can get a refund within 24 hours.