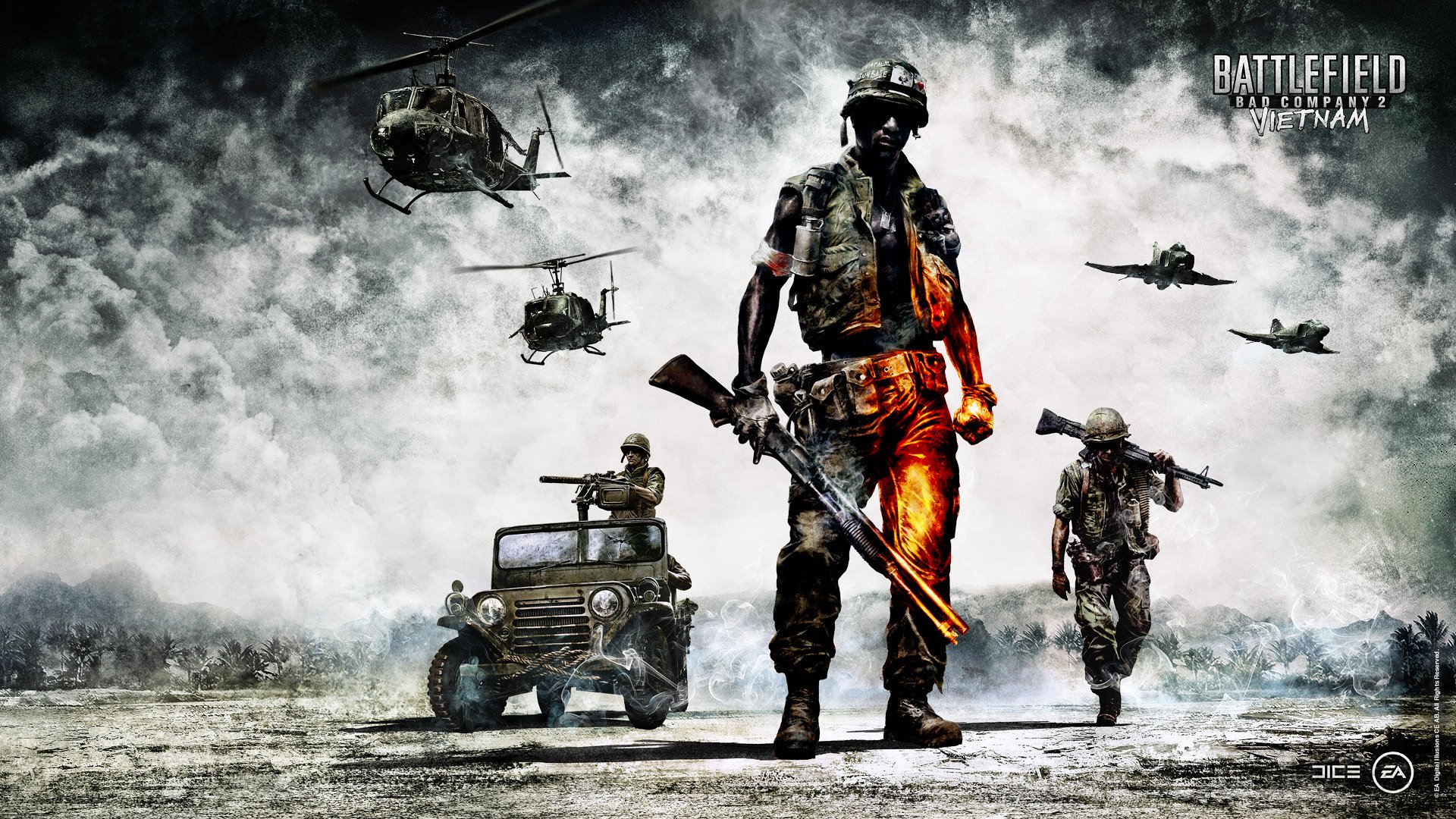 I’m back with a double take on the question “Is Battlefield Bad Company 2?s expansion pack, Vietnam, worth it?” It’s been a few days since the expansion pack has released to the world, and many people’s voices have been heard. Personally, I believe the expansion pack makes for a fun time. The community on the other hand, has given mixed reviews. The general consensus agrees that it is fun to play, but the question, “Is it worth it,” still remains. For $15/1200 MSP, you are given 4 maps, 15 weapons, and 7 vehicles. Some people don’t think that’s enough. Yes it’s just an expansion pack, but many other expansion packs on other games let you play the original game along with new content. This expansion pack allows you to ONLY play these maps, with these weapons, and with these vehicles. Some of the weapons aren’t even new, and most of the vehicles are less than spectacular.

First lets take a look at the weapons. The expansion pack gives you:

That’s 18 weapons. They claimed 15 of them are new. The following weapons from that list can be used in the main BFBC2 game:

This means that only 12 weapons are really new. Yes the M16 and M14 are also in the main game, but they are VERY different from the expansion pack’s version. Some people may argue that a few of the weapons are pretty similar to some other original weapons. A good example is the M40 being similar to the M24. If you want to compare stats, you can view the BFBC2 Guides.

When you’re talking about gadgets, they’re pretty much the same old stuff. Some look differently or are given different names, such as C4 to TNT, but they are exactly the same. At the same time they left out the high-tec gadgets and specializations such as motion sensors or spotting scopes. When we go into specializations, they keep all the good stuff and leave out all the optics/sights. I love when video games try to be historically accurate like this. I remember when Call of Duty stopped during World At War. Aperture sights, silencers, and flash hiders were the topics of major discussions.

Most of the vehicles in the expansion pack are no big whoop. The light and heavy vehicles are pretty much the same as the main game, they just look different. The Alternate Weapons Fire Package can only be used on tanks, and even then it’s a flamethrower instead of a machine gun. The Huey and PBR are the big changes in vehicles. The last armed water vehicle was the Patrol Boat (PBLB). That vehicle used Grenade Launchers, the PBR uses M60 Machine Guns. The Huey is like the transport and fighter helicopters from the main game, but combined! The driver can fire missiles while the passengers use the heavy machine guns on both sides of the vehicle. Since there’s no tracer dart or wire guided missiles, it’s much harder to take down a helicopter with rockets. At the same time it seems to be easier to take them down in this game. Any weapon can damage helicopters or light vehicles. Tanks and the PBR are the only vehicles that resist small arms fire.

With all that being said, the rest of the game is the same. You can earn pins, insignias, stars, and rank up with the same ranks and awards from the main game. The game modes are all the same too. All maps are playable on all game modes. A 5th map will become available later on, but that map is just a remake of a map from Battlefield: Vietnam. If you haven’t decided on the answer of, “Is BFBC2 Vietnam worth it?” then I will try to answer it for you. This game does bring new life to a slowly trending down video game, but it’s still the same game with a new section. Remember you can only use those weapons, vehicles, maps, and certain specializations and gadgets in the Vietnam area. I think it’s obvious the DICE made this expansion to compete with Call of Duty Black Ops. They must have heard that Black Ops was going to Vietnam like many of us did long ago. However, Black Ops hardly stays in Vietnam. You play about two missions of Black Ops in vietnam, but there are many weapons from that area. Unfortunately since the game takes place in such a long time frame (about 10 years from the 50s to 60s) there are a variety of weapons. At the same time the historical inaccuracies are rampant in that game. If you were in the mood for a Vietnam game, but were disappointed by Black Ops, then you should pick this up and play with a decent sized community. Let’s not forget about the dedicated servers and great gameplay that Battlefield Bad Company 2 has to offer.

Final verdict: I’d say for $15/1200 MSP, this expansion pack is still worth it. You may or may not play it for long, but that’s why we all make our own decisions on whether or not we should buy something or if a game really is worth it. In my own opinion, some games are worth playing if you have friends that will play them long with you and if you have fun while playing it. Many of my own friends only play Call of Duty because their friends play it and they want to play with their friends. However, people are getting sick of the franchise and stopped playing. It’s almost like a ripple effect, but then again that’s how many things become popular or unpopular.