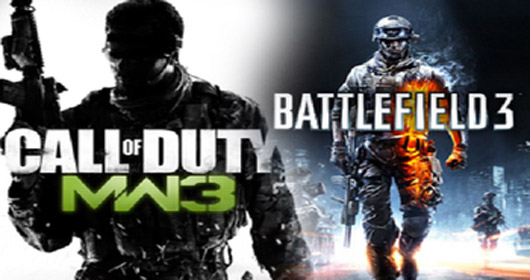 The debate over which FPS title is for you has been long discussed, but what about the DLC? I tackle the issue inside.

It’s close to Christmas and I believe the majority of gamers have made their choice over which FPS title they’ll be sticking to – Call of Duty: Modern Warfare 3 or Battlefield 3. You probably have already read many head to heads around the new. Battlefield 3 vs Modern Warfare 3 may have been the biggest fight since Mario vs Sonic. But what about the DLC? Well I’m here to break it down for you.

Will new Spec Ops Missions be available for DLC? All Spec Ops Survival missions are on multiplayer maps, so will the new multiplayer maps be available for Spec Ops Survival? What we can be more sure about is the price tag. I seriously doubt they’ll go below the 1200 MSP / $15 price tag that they set in MW2. I doubt they’ll add new achievements / trophies either unless they add Spec Ops maps.

What about Battlefield 3’s DLC? Well the first expansion pack – not map pack – was released on Tuesday for the Xbox 360 and PC. It was released last week for PS3. The Back to Karkand Expansion Pack was completely free for anyone who bought the Limited Edition of Battlefield 3. The Limited Edition was not a penny more than the regular version, it seems to be more like a First Edition of the game if anything. If you don’t have the limited edition, the B2K expansion pack will set you back 1200 MSP / $15.

Battlefield is calling their DLC expansion packs because there are new maps, new weapons, new vehicles (for those maps), a new/old game mode, , new dog tags, and new achievements / trophies. At least, all these were in the Back to Karkand expansion pack. DICE has stated that there will be more expansion packs to come, but what should we expect? Some gamers want dedicated expansion packs that are almost their own games, just like last year’s Bad Company 2: Vietnam expansion pack. In it, you could only use Vietnam weapons and vehicles in the Vietnam maps. I know the community is hoping for a WWII or Futuristic expansion pack. Something along the lines of Battlefield 1942/1943 and Battlefield 2142.

If you want to hear my impressions on the Back to Karkand Expansion Pack, read my review in the review section.

In my opinion, I definitely think Battlefield’s DLC will be much more worth it than Modern Warfare 3’s, especially if there’s a lot more recycled items in MW3. I know you may be saying “But Back to Karkand is an expansion pack with stuff that was already found in Battlefield 2 and one map of Battlefield 1943!” This is true, but Call of Duty’s maps were only two years old and had almost the exact same engine. Three out of four of Back to Karkand’s maps were created on an entirely different engine. I do not mean a different version like Wake Island (Frostbite 1.5 to Frostbite 2), but an entirely different engine all together. Not only that, but Battlefield 2 was PC only game released six years ago! Obviously, not as many people got their hands on it as Battlefield 3. There are just way too many features in Battlefield 3 to really called it recycled material.

I for one am very bored with what Call of Duty has to offer. If I’m going to play a first person shooter, Battlefield 3 will be at the top of the list. I don’t think I’ll be playing any of Call of Duty’s map packs unless I’m paid to do so.