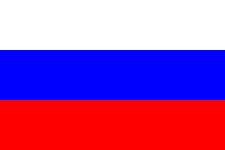 Battlefield 3 – Russians are the enemy

The Russians are the enemy….again! How do I feel about this?

It was made official today on the Battlefield Blog that the Russians will be the enemies against the United States in Battlefield 3. This was confirmed in their article about weapons: “The arsenals of U.S. Marine Corps and the Russian Army are both featured prominently in the game, since those are the sides you play in both single and multiplayer.” You can find the article here. It gets old if you keep facing the same faction over and over. Not only is the faction the same, but the weapons are usually the same. The weapon may vary from game to game, even when facing the same country, but I doubt the weapon selection will switch much from Battlefield: Bad Company 2 to Battlefield 3. Battlefield: Play 4 Free and Battlefield: Heroes had many similar weapons too. I hope they switch some things up this time around. Actually, the article shown is about guns.

The rest of the article is pretty decent. It talks about the authenticity of gun creation in Battlefield 3. Since this is a first person shooter, weapons should be the primary focus. Weapons have been slowly evolving over the past few years. I hope Battlefield 3 hits it out of the park with their weapon designs. I’m glad to see in depth weapon customization and different fire modes on most of the weapons. “Authenticity is really important when you’re doing a modern day game like Battlefield 3. We know our players look critically at the guns in our games, so we brought in experts like Andy McNab. Our military advisors not only help us get it right, they help us understand why it’s right.”

I’m not even sure why the Russians are the enemy in Battlefield 3. There’s been a ton of speculation for months over who the faction would be. Some said the enemies were the PLR. The first trailer http://www.youtube.com/watch?v=2zw8SmsovJc said the game was set on the Iraq-Iranian border. What happened with that? I guess Medal of Honor was the last game to go full on with the United State’s current enemies.