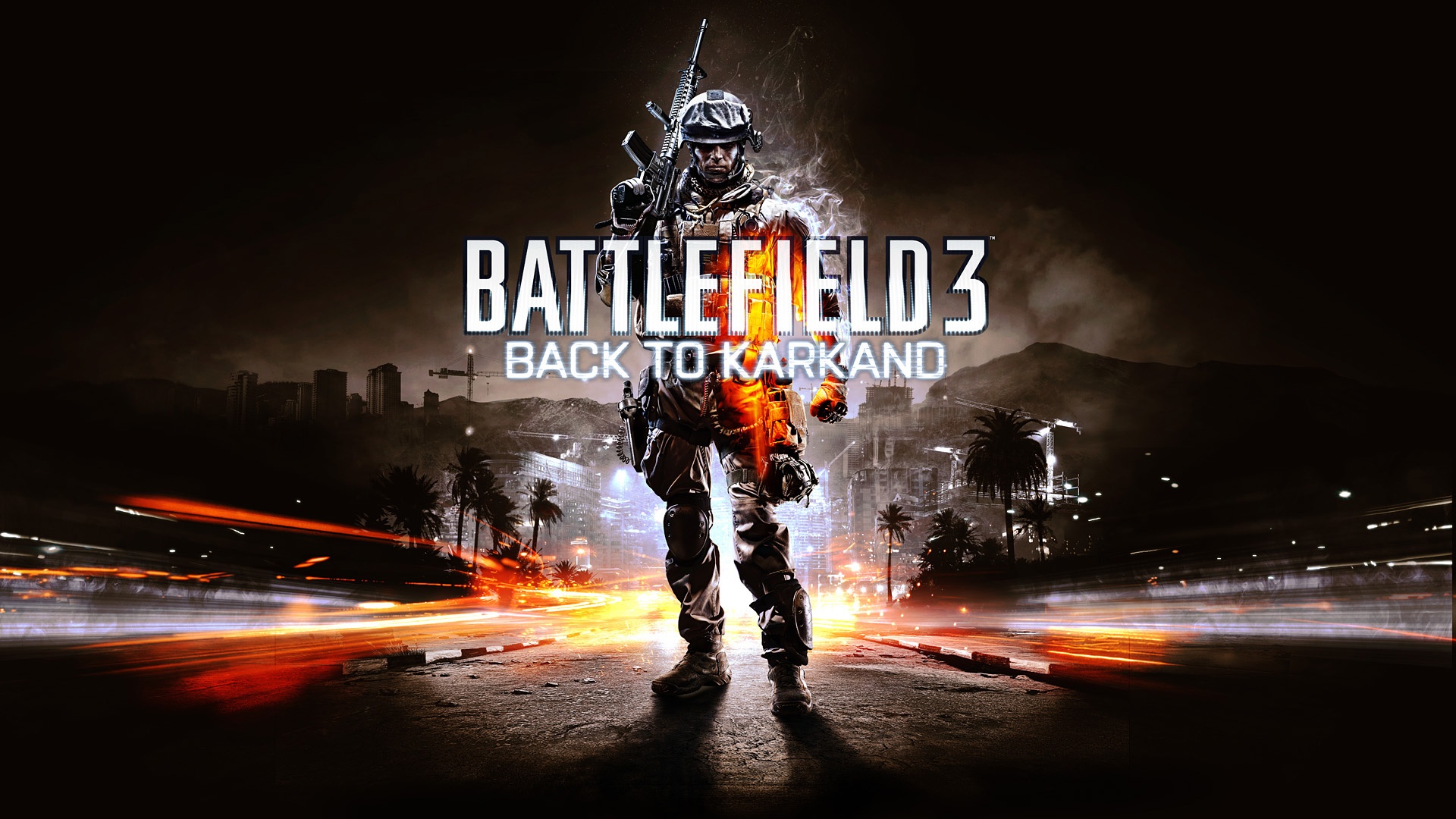 Battlefield 3 – Back to Karkand Review

Back to Karkand has been released. Want to hear my review on it?

This expansion pack features four new maps, three new vehicles, ten new weapons, a new game mode, new dog tags, and new achievements / trophies. I should make myself clear, all of these are new to Battlefield 3, but they’re not new to the Battlefield series in general. Let me break these items down a bit more.

The four new maps are Gulf of Oman, Sharqi Peninsula, Strike at Karkand, and Wake Island. The first three were found in Battlefield 2. Wake Island was found in the arcade title Battlefield 1943. These maps weren’t just brought over, but they were redesigned quite a bit. Not only that, but you can once again completely collapse some structures with Frostbite’s awesome destruction capabilities!

There are new vehicles in this expansion pack, but these vehicles only appear on the new maps in certain game modes. As the Battlefield 3 fans know, there are no vehicles in Team Deathmatch or Squad Rush and there’s only one Infantry Fighting Vehicle in Squad Deathmatch. The new vehicles include a jet (F35), an infantry fighting vehicle (BTR-90), and an armed light jeep (DPV).

The biggest selling point of this expansion pack may be the weapons, if not the redesigned maps. There are ten new weapons: FAMAS, G53, QBB-95, QBU-88, PP-19, L85A2, QBZ-95B, MG36, L96, MK3A1. That’s two weapons for each of the four kits, plus two weapons that fit under all kits. These weapons will not be unlocked straight away. Instead, you will be given assignments to unlock each weapon. The first five weapons are relatively easy. Things like “revive ten players and heal ten times” for the first assault kit weapon. After unlocking the first weapon, you will get tougher challenges for the second weapon.

The new/old game mode in Back to Karkand is called “Conquest Assault.” Instead of regular Conquest, where each team fights over the neutral flags throughout the map, one team will have all flags captured at the start of the match and the other team will have a few more spawn tickets to capture them back. There is only one option for Conquest, but there’s two different Conquest modes when playing these maps in rotation. You may play Strike at Karkand with three flags one time, then you’ll play another time on the same map with five flags! Sometimes all the flags will be captured by one team, and other times it’ll be half and half. Then you may have more vehicles available to you on one of the conquest versions. This can get very confusing. I really hope they find some way to fix this and split up the two sides.

For much more detailed information on all of these items, check out IGN’s Battlefield 3 Wiki.