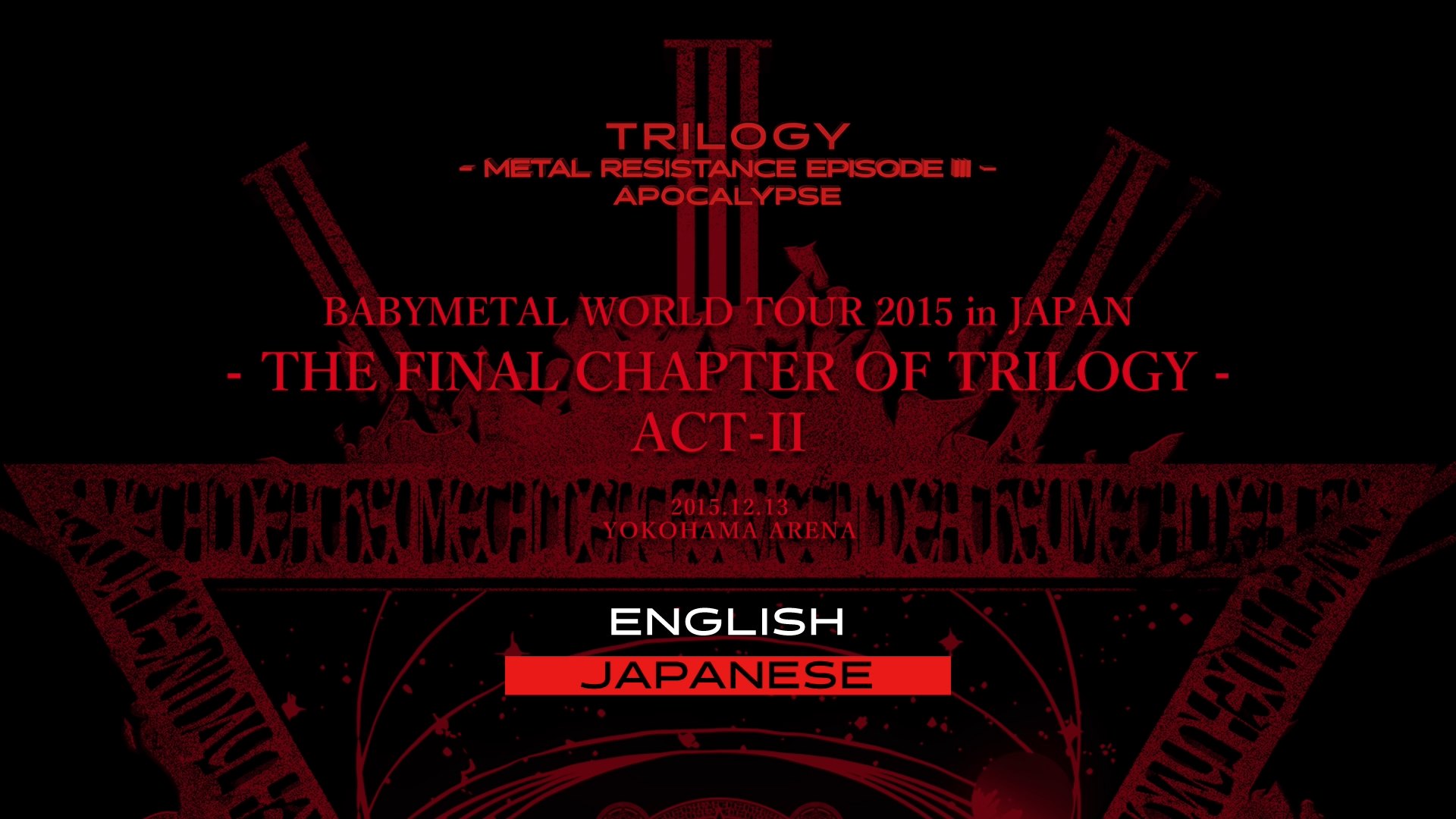 The BABYMETAL Trilogy Blu Ray set is incredibly expensive, but is it worth the huge price tag? Here’s a quick review.

In June of 2016, A!SMART allowed THE ONE members to pre-order the newest BABYMETAL live blu ray set for a limited time. This set cost 27,000 Yen, and couldn’t be purchased any other time. Fast forward to September 2016 and the set finally released. 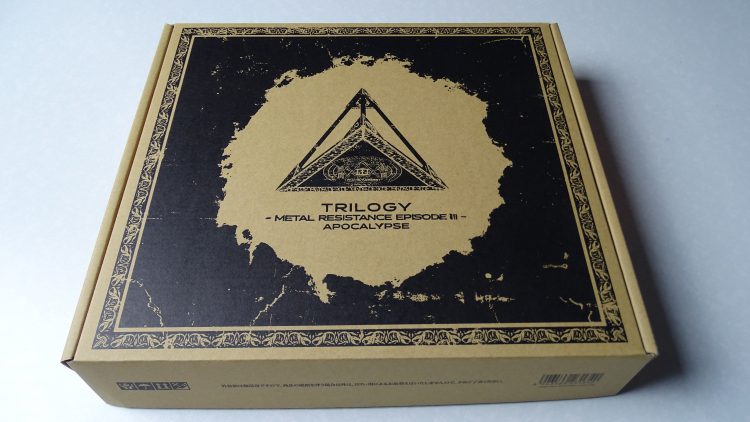 Inside the cardboard box is a shiny, black box holding the media, a photobook, and a handkerchief with one of the BABYMETAL designs.

The photobook is a hardcover book with many fantastic images of BABYMETAL during their 2015 world tour. A date and location stamp is posted throughout the book. 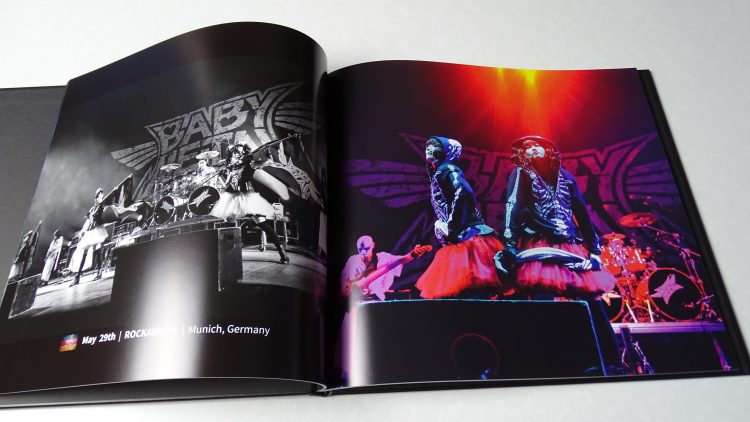 The three live concerts are on three separate Blu-Ray discs. Each disc is set in a triangular cardboard holder. Underneath each disc is the set list of each concert. All concerts are 1920 x 1080p at 23.98 frames per second, and the audio is stereo linear PCM (48KHz/24bit).

You will be given the option of English or Japanese menus. You can play the entire concert, select a song from the chapter list, or go back to the English/Japanese option at the start of the disc. Surprisingly, there are still no English subtitles during the video packages in any of the live concerts!

The first concert is Legend “2015” New Year Fox Festival. It took place on January 10, 2015 at the Saitama Super Arena. The running time is approximately 95 minutes. This was the concert that used the Road of Resistance performance as a music video on the official BABYMETAL YouTube channel, and was the first live concert on blu-ray that showed Awadama Fever.

This concert was originally released on blu-ray for members only around August of last year. Nothing has been changed in this version.

The second concert is from the BABYMETAL World Tour 2015. It took place at Makuhari Messe on June 21, 2015. The running time is approximately 88 minutes. This was the first live concert on blu-ray that showed Yava!

The third concert is the final concert of the 2015 world tour. It took place at the Yokohama Arena on December 13, 2015. The running time is approximately 96 minutes. This concert was aired on Japanese television earlier this year, but was slightly edited. Some of the performances were removed from the TV version.

This was the first live concert blu-ray to show both KARATE and THE ONE. THE ONE performance was then used as a music video on the official BABYMETAL YouTube channel, but they edited it and used the CD version’s audio for the music video.

At the end of the concert, there was a video package announcing their second album, Metal Resistance. This was the concert where they first revealed the new album and the release date on “Fox Day,” April 1st.

All in all, this set is massively expensive for three live concerts, one which was already released a year ago. A nice hardcover photobook was included alongside a handkerchief, but the contents seem pretty lackluster for the 27,000 yen price tag. Being available to THE ONE members through pre-order only within a very short time makes this a very rare set, but you have to wonder who outside of hardcore BABYMETAL fans would want this set for that price?

I feel they were asking too much for what was given, especially since many of the songs in the first two concerts were the same for the past three years and four/five blu-ray sets. It’s great to see a few new additions like Awadama Fever and Yava!, but those two were also included in the final concert with KARATE and THE ONE. I would have preferred if they only released the final concert on blu-ray for a much lower price instead of a trilogy. Five songs from Metal Resistance and eleven songs from BABYMETAL (the first self-titled album) made for a fantastic concert.

If you didn’t get your hands on this set, or if you’re not a hardcore BABYMETAL fan with deep pockets, I’d suggest waiting for the Wembley Arena live concert blu-ray. It’s almost sure to release next, and will include a nice set of songs from Metal Resistance.