The track list and album artwork has been revealed for BABYMETAL Metal Resistance. See the translations for all three versions.

In case you didn’t know, there’s a standard version, a Limited Edition CD/DVD Bundle, and a CD/BD Bundle for The One Members. 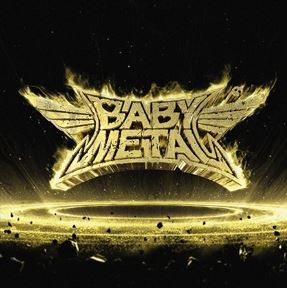 The standard version’s album artwork has the same BABYMETAL crash logo, but this time it’s golden. I felt this was odd since the album is titled Metal Resistance. It makes sense for the first album to have the logo since it is entitled BABYMETAL, but I was hoping for something on this new album. The track list is as follows:

As you can see, the names are pretty straight forward. However, there are some people may not understand.

Number four, Yaba!, is a shortened and slang version of Yabai. Yaba can have a good meaning or a bad meaning depending on how it’s used. That’s good or that’s bad.

Number five has some kanji that may translate into blue star. A Japanese friend told me Japanese people call Earth a blue star.

Number six has a Japanese name, Taro. A Japanese friend said that’s the name of an old man and some metal musical composition.

Number seven is a musical term. Here is a definition from Google: In music, syncopation involves a variety of rhythms which are in some way unexpected which make part or all of a tune or piece of music off-beat.

Number eight is a shorthand version of Good Job. 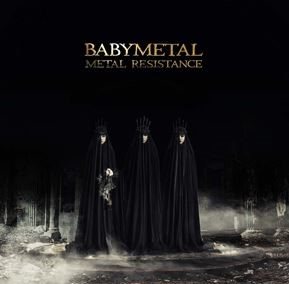 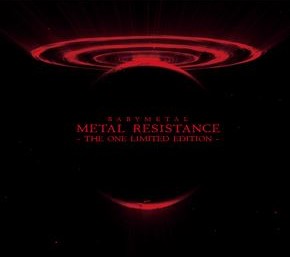 The special CD/BD bundle for The One members includes two alternate songs on the CD and a Blu Ray of two full concerts. The album artwork is very minimalist like the others. It also appears to be the exact same logo from the front of the BABYMETAL World Tour 2014 Limited Edition set.

Did you order any of these three bundles? I did, along with the US Mystery Bundle. No news has been given on what’s inside that Mystery Bundle just yet, but keep an eye on my website and YouTube channel, and I’ll post an update as soon as possible.

It would appear the English version of Metal Resistance has different songs compared to the there Japanese versions. Now that Metal Resistance is available on the US iTunes store, I see that number seven is From Dusk Till Dawn instead of Syncopation. I wouldn’t think they’d rename the same song, so most people are assuming these are completely different songs. Also, Yaba is written as Yava. For those unfamiliar with Japanese, there is no V sound, so they often use B sounds. 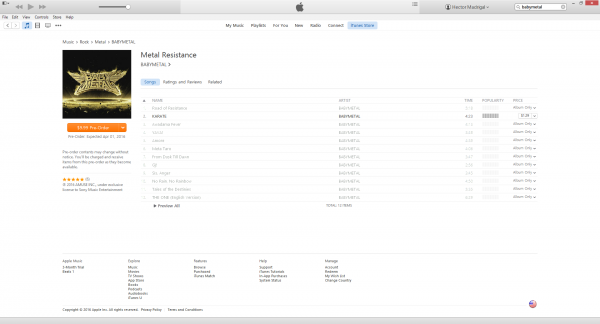