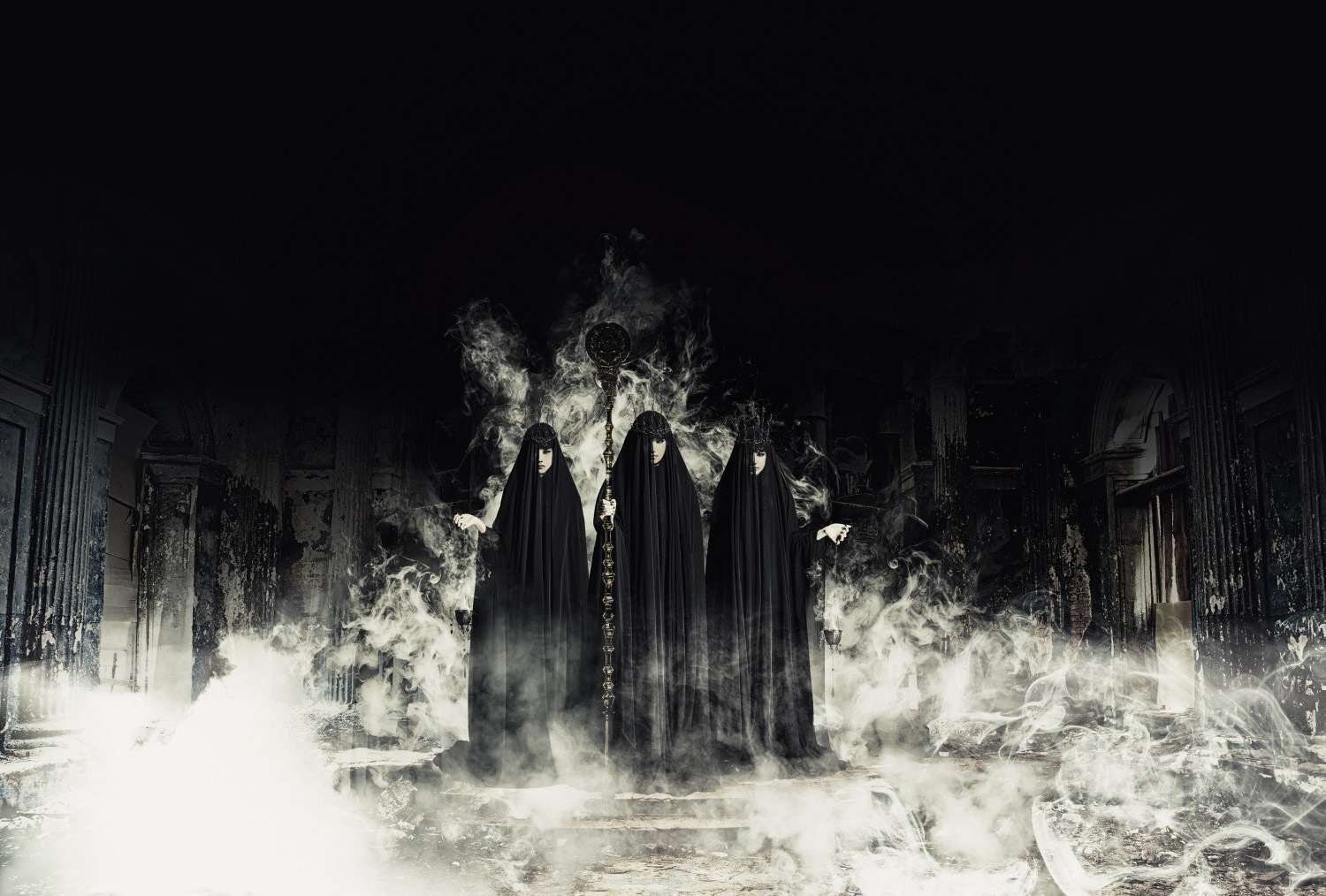 The limited edition BABYMETAL Metal Resistance CD DVD set has arrived. Is it worth the extra cash? Here’s my review.

BABYMETAL’s second album, Metal Resistance, released with four different versions. The standard editions were separated in two: the Japanese (original) version and the version released outside of Japan, commonly known as the English version. You can see more about the different versions here.

The CD DVD set includes the Japanese version of the CD with an included DVD for an extra 1000 Yen, which is roughly $10. Both discs are within the jewel case on a middle divider. 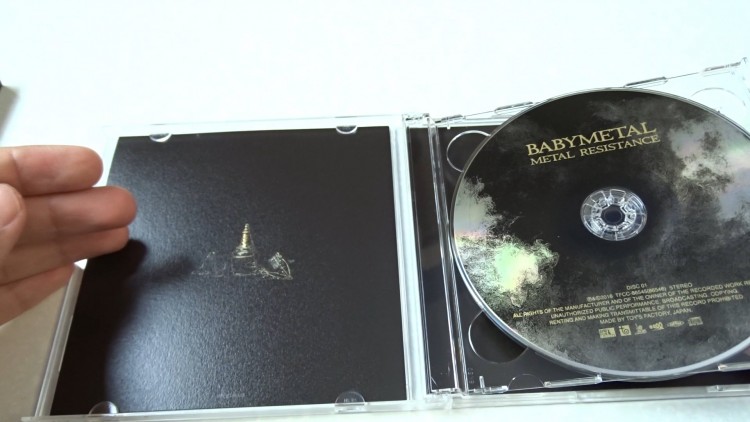 The DVD is region free, which means it will play in all DVD and Blu Ray players around the world. This is great news for international buyers. 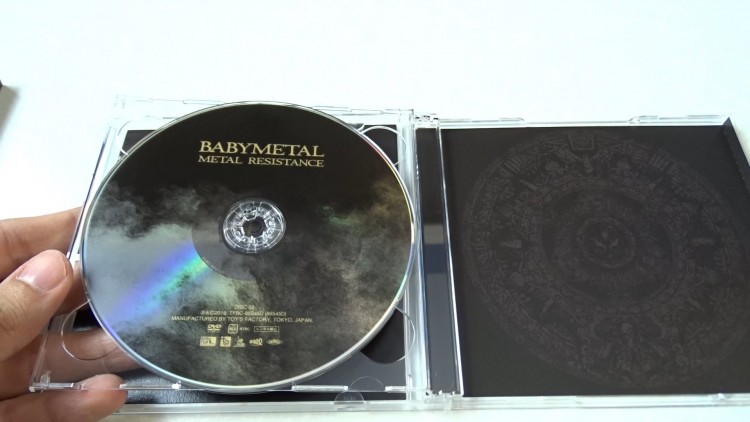 Also within the jewel case are two inserts. One insert is basically the credits. The singers, the producers, etc. The other credit includes lyrics to all the songs on one side and an awesome piece of artwork on the other. 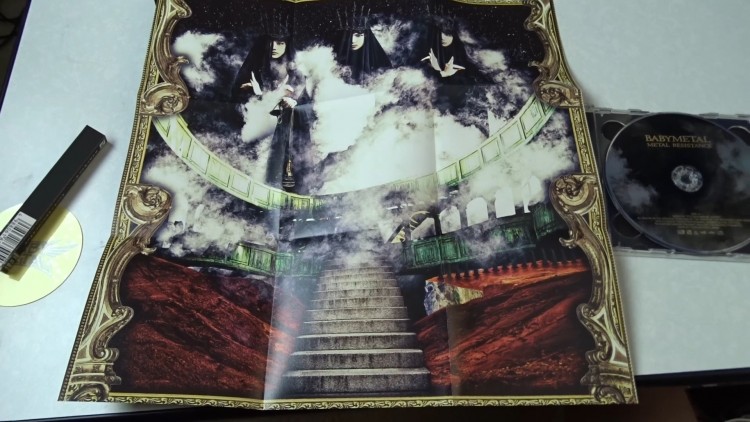 The eighth song on the album is called GJ!, and has a run time of 2:59. This is a Black BABYMETAL song, meaning only YUIMETAL and MOAMETAL sing. The vocals are a bit light and popish like you would expect, but the music is a heavy type of metal. It sounds almost like the band Disturbed. I usually don’t like Black BABYMETAL songs, but this one wasn’t so bad.

The twelfth song on the album is called THE ONE, and has a run time of 6:29. This song was already released on the official BABYMETAL YouTube channel. It’s another ballad, and sounds absolutely beautiful. The Japanese versions of the album have a mix of English and Japanese lyrics, similar to the video on the official BABYMETAL YouTube channel; however, that video is much longer. As you can see with the 6:29 run time, the song is still rather long, though not the 9:30 time of the live version. It’s basically the same song, except the ending of the studio version simply fades out. I prefer the live version that actually ends. Unfortunately, this video version fades out too. You’ll have to do a search for the original version from Yokohama Arena if you want to hear the real ending.

As I mentioned earlier, the DVD is region free, meaning it can play in any DVD or Blu Ray player around the world. It is a 38 minute performance from the Tokyo Metropolitan Rock Festival 2015. It took place in May 24, 2015. There were seven songs in their set list:

It was a short and sweet set list on a stage in the middle of the day. Quite a bit different from what we normally see where everything is dark, there is pyro, and there’s a bit of a light show. Also, since it was so short, it seemed like the girls put more emphasis in their moves. They didn’t have to reserve their stamina for an hour and thirty minute show. 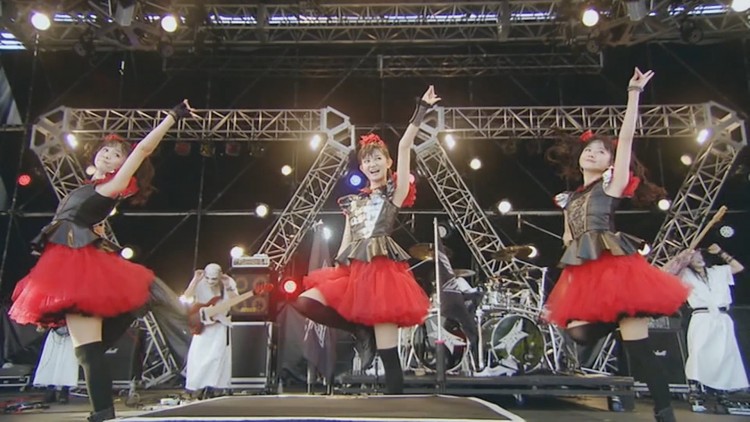 And that’s all there is to the BABYMETAL Metal Resistance CD DVD Limited Edition. For an extra 1000 Yen, you get a nice 38 minute performance on DVD. There aren’t any new songs, but since it’s out in the middle of the day, it is a bit different than usual. I can’t definitively say it’s best to get this version over the regular CD version. I’ll leave that up to you! However, I will say you need to get both the English and Japanese versions of the CDs if you want to hear all the song differences. Syncopation is a really, really great song! You can hear little snippets of the songs in my video review of the Metal Resistance CD DVD edition.