BABYMETAL Live at Wembley Arena is the first show from their World Tour 2016. See what’s included in THE ONE Limited Edition set.

The first show of BABYMETAL’s 2016 World Tour kicked off at the SSE Arena Wembley on April 2, 2016. The show was then packaged in a special limited edition set for THE ONE members through A!SMART on November 23, 2016 for a whopping 21,600 Yen!

Like the last three THE ONE Limited Edition box sets, BABYMETAL Live at Wembley Arena comes packaged in a cardboard box. Inside the box is another box and a folded cloth with a simplistic, but still nice, Live at Wembley logo. 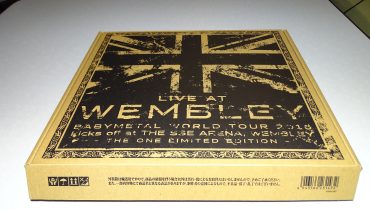 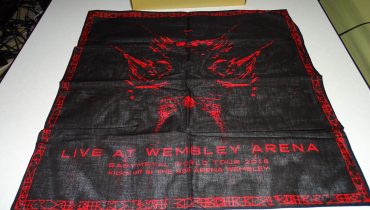 The black box that comes inside the cardboard box holds a hard cover photo book and foldable media case with the Live at Wembley show on Blu Ray and two CDs. 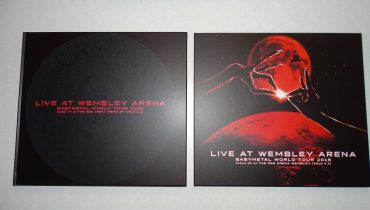 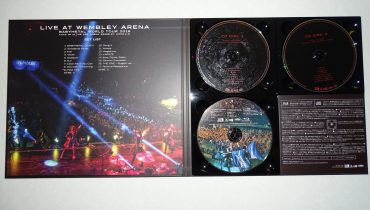 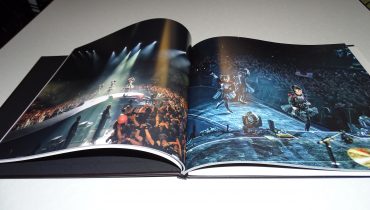 All the photos are from the one BABYMETAL Live at Wembley Arena show. If you want to see every one, watch my video review above. I quickly turn through every single page.

The show was great, and included a lot of songs from their second album. It’s a fresh concert compared to the same old performances we’ve seen countless times in the past live blu rays. The majority of camera angles are beautifully shot, and the cinematic scenes finally have English subtitles and audio, though there isn’t as much BABYMETAL origin stories as past concerts.

With that being said, the price for the contents is outrageous. A single concert, a photobook, and a cloth for over $200 USD is insane. This is only for the hardcore BABYMETAL fans. If you’re just a normal BABYMETAL fan, I’d suggest buying the Live at Wembley blu ray, not THE ONE limited edition box set.