Nippon Budokan, possibly the most iconic venue in all of Japan. How did Babymetal do? Here’s a complete BabyMetal Live At Budokan Review with video (coming soon) and pictures!

BabyMetal Live At Budokan Apocalypse is the third live concert blu ray from BabyMetal. It contains two concerts that took place in March of 2014, just before the group went on their world tour. The short names of the concerts are Red Night and Black Night. 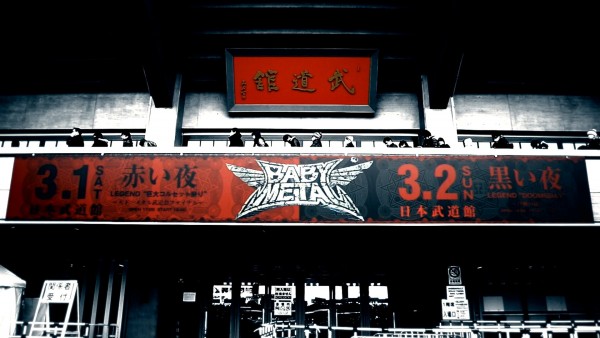 In this blu ray there are both English and Japanese options at the main menu. This basically switches all the hiragana and kanji to romaji. Only a few songs have complete translations, like Song 4, while the others still have Japanese names, like Megitsune. You can choose to play the entire concert from the start, or you can choose a specific song at the chapters menus. This song list will even appear as a pop-up menu during the blu ray in case you wish to skip ahead without going back to the main menu. Like usual, there are no extras. 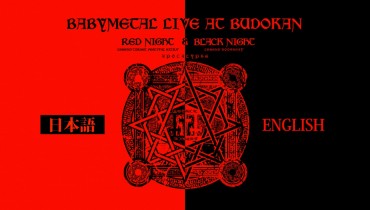 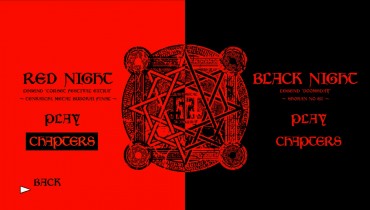 As for the performances, all songs in Red Night and Black Night are done by the three girls and the Kami Band! Furthermore, about 99% of the songs are sung live – virtually no lip syncing! The only time there’s lip syncing is when the voices change dramatically for a specific part of select songs. An example is the screaming at the beginning of Doki Doki Morning or the altered voice during Rondo of Nightmare. But the difference is easily distinguishable due to the audio set up.

The sound at Budokan is set up much differently than the past BabyMetal concerts. You can hear all three girls and all four members of the Kami Band perfectly, but the audio level of the crowd is really low. That’s not to say the crowd wasn’t into it, you just can’t hear them that well. If there’s any music or singing that’s not done on stage, you should be able to tell that it’s only played over the speakers. The only instrument that wasn’t on stage is the keyboard during more techno/j-pop parts of select songs.

I should note, since the dance moves were still incredibly energetic, the singing was off just a little bit for YuiMetal and MoaMetal. I originally noted this some time last year. The two younger girls have the most intense dance moves, but they were always lip syncing. It’s understandable because their voices would be bouncing up and down during the routines. Well, they sing and dance in this one, and their voices weren’t stable. They even sounded like they were out of breath a few times. Luckily, the Kami Band makes up for it.

Budokan is mostly a seated venue. It looks like the ground level has standing fans, but there’s so little room that the crowd can’t mosh or anything like the BabyMetal Live Legend 1997 concert. Legend 1997 has, without a doubt, the best fan interaction of all BabyMetal concerts. A small group of fans tried to during the Black Night concert, but it was only a handful of people. 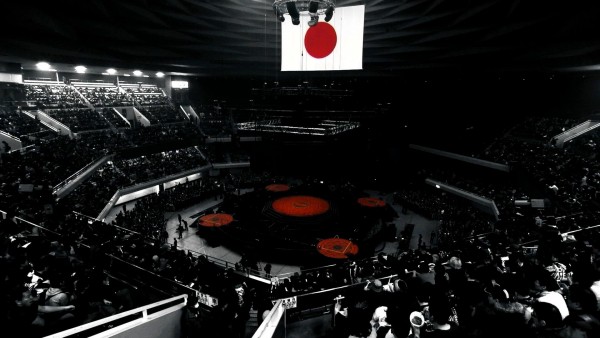 The camera quality and lighting is terrific. There are still a lot of reds and blues, but they don’t cause terrible image quality like some past concerts.

The stage for both concerts is pretty cool. The main stage rotates, while a small section in the middle elevates. There are four smaller stages on the outside with narrow walkways connecting them all, and there are various types of lighting, lasers, and even flamethrowers. Unfortunately, due to the layout, there was a small incident during Red Night.

The concert starts out with a video by Kobametal, the producer of BabyMetal. He talks a little about BabyMetal and introduces the Kami Band. After the brief introduction, the show beings.

The first two songs are “Megitsune” and “Doki Doki Morning.” They have a lot of extra sound effects and keyboard, so it sounds a little off when the band is playing live. The third song is “Gimme Chocolate.” This song is more metal than the previous two, which makes the band shine a bit before switching back to the keyboard-filled Iine.

“Catch Me If You Can” is the fifth song. It has been played in previous concerts, and is even available on the BabyMetal album, but this time it has a new extended opening where the Kami Band takes center stage.

“Uki Uki Midnight” is the sixth song. There’s not much to say about it other than it sounds great with the Kami Band.

The seventh song is listed as “Rondo of Nightmare” in the chapters menu, but it’s actually a completely different song. Even if you choose Rondo of Nightmare from the menu, it’ll completely skip this song. Apparently, it’s called “Mischief of Metal Gods,” and is available on the BabyMetal Live Black Night album that only sold physically in limited editions in Japan. This song is an instrumental section involving only the Kami Band. It’s a really great section if you’re a metal fan.

The song listed as the seventh song is “Rondo of Nightmare.” It starts immediately after the Kami Band’s “Mischief of Metal Gods” section. This is the first time it has been performed on a BabyMetal Live blu ray, but it is available on the BabyMetal album.

Songs eight and nine are performed by Black BabyMetal, which is another name for YuiMetal and MoaMetal without Su-Metal. Again, this is the first time they actually sing and dance instead of lip sync and dance, so their singing isn’t exactly top notch. First up is “Onedari Daisakusen,” a song which has been performed many times in the past. Second is “Song 4,” which is the first time this song has been performed on a BabyMetal Live blu ray, but it is available on the BabyMetal album.

The tenth and eleventh songs are Akatsuki and BabyMetal Death. Great songs that have been performed numerous times in the past.

The twelfth song is Head Banger, which is where the unfortunate incident I mentioned earlier happens. During the song, YuiMetal and MoaMetal are supposed to go around the smaller stages to pander to the crowd. While this is happening, YuiMetal falls into one of the pits near the narrow walkways and injures herself. But the show most go on! Su-Metal and MoaMetal had to finish the song without her. The camera angles change a bit so the choreography doesn’t look abnormal. Usually MoaMetal is balanced out by YuiMetal in the dance routines, but since she wasn’t there it seems a little off.

The show ends with “Ijime, Dame, Zettai.” Luckily, YuiMetal returns to perform this final song. At the very end, the girls grab their neckbraces (they call them corsets) and they tell the crowd to hold their corsets up. The concert ends, and the big screen shows a little video presenting the time and name of the next concert.

After a short video introduction, Black Night begins. This concert is basically the same as Red Night, but has an additional two songs, and the song line up is slightly altered.

The first two songs are “Babymetal Death” and “Iine,” which were performed in the first concert. The third song is “Kimi to Anime ga Mitai (Answer for Animation With You)” which is the first time this song has been played on this blu ray; however, it has been performed in past concerts and is available on a CD single.

The next two songs are performed by Black BabyMetal. It seems like there’s a back up track to help YuiMetal and MoaMetal perform in these songs and Answer for Animation With You. It could be because their last concert performance wasn’t exactly perfect with their high energy dancing, but I’m just speculating. There are a few short animated videos before and after the Black BabyMetal segments.

The sixth song is “No Rain, No Rainbow.” This is terrific metal ballad that first appeared on BabyMetal Live Legend 1999 1997. Unfortunately, it’s still not available on CD at this time. It’s not even available on the Limited Edition BabyMetal Live Black Night CD! Even the “Mischief of Metal Gods” that plays before “Rondo of Nightmare” is on the CD.

The remaining nine songs were performed in the previous concert, so there isn’t anything new to mention.

At the end of the concert, there’s a little video segment talking about all of BabyMetal’s past concert performances. The girls take center stage again and enter their coffins, which ascend into the lights above the stage. The announcer explains BabyMetal is leaving Japan to go on their world tour.

BabyMetal Live At Budokan Apocalypse is the best live concert blu ray from the group at this time. The Kami Band is on fire for both performances, and there is virtually no lip syncing from the girls. The price is still pretty high, but I don’t feel too bad recommending this to all BabyMetal fans out there.

The only down sides to this blu ray are the price and the lack of multi-channel audio (still!). Some may not enjoy how most of the songs are the same for both concerts, and how they’re at the same venue. Luckily, the song order is changed up a bit between the two performances, and the second concert has two more great songs that weren’t done on the first night.

If you’d like to buy the blu ray, DVD, or even live album of the first night, you can pick it up from Amazon using the links below!