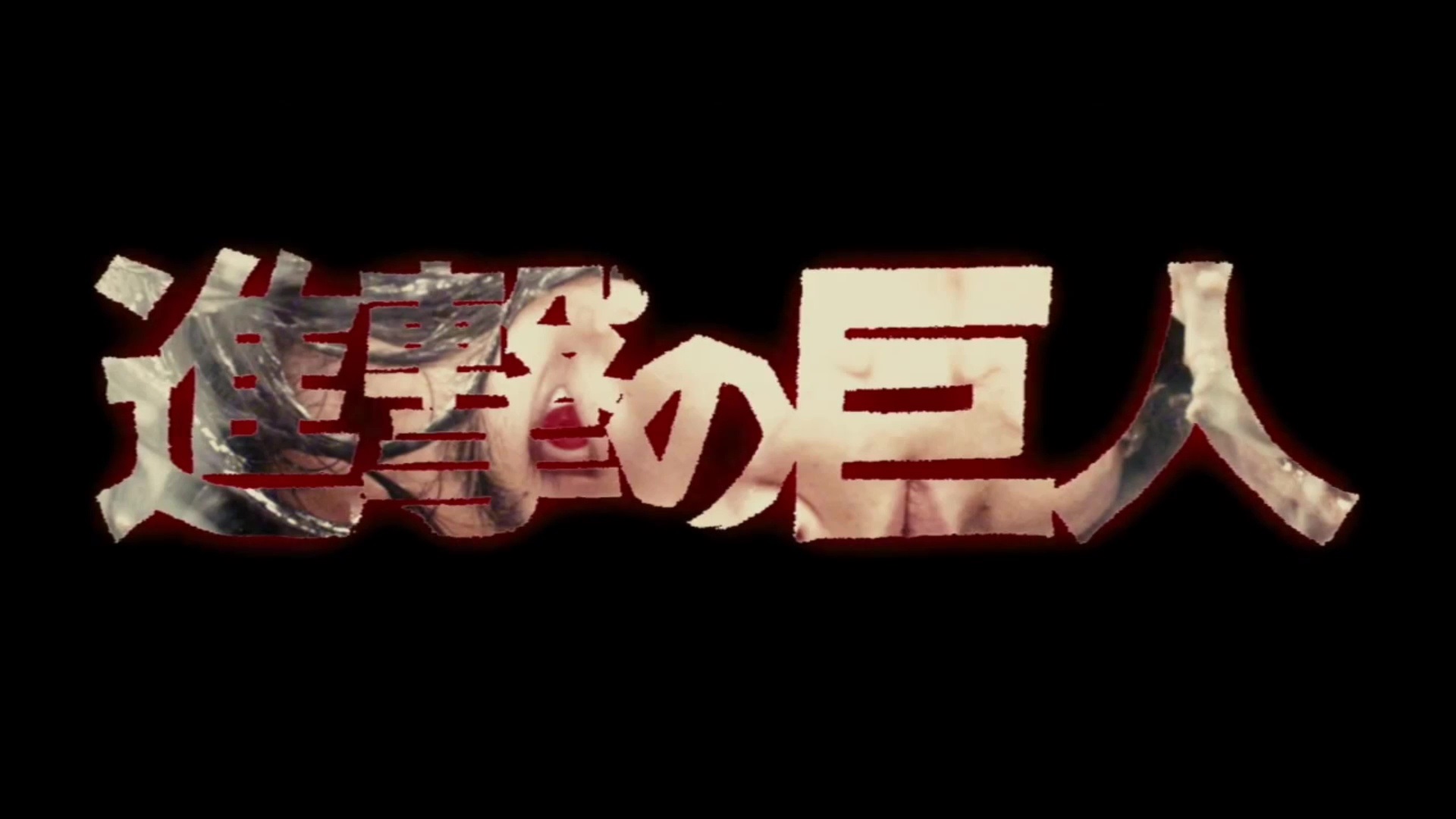 The live action version of Attack on Titan! How does it compare to the anime, and how does it hold up as a movie?

Attack on Titan the movie is a live action adaption of the anime and manga series with the same name, and I definitely stress the word adaption. I decided I would tackle this review in two stages: The first section is a general review that’s great for everyone. There are no spoilers, and it’s a standard break down. The second section is for fans of the series who are interested in this live action movie, but it’s more of a rant with full spoilers of both the movie and anime show. Without further ado, here’s my Attack on Titan Movie Review.

One thing viewers in other countries must remember before watching Attack on Titan is that this movie requires a lot of special effects, but it seems as if the movie has a relatively small budget even though an international release has been announced. There are a few scenes here and there that look really good, and were even showcased in the official trailer, but other scenes look like toys in front of green screens with little CGI. Here’s an example of the Colossal Titan directly from the movie. 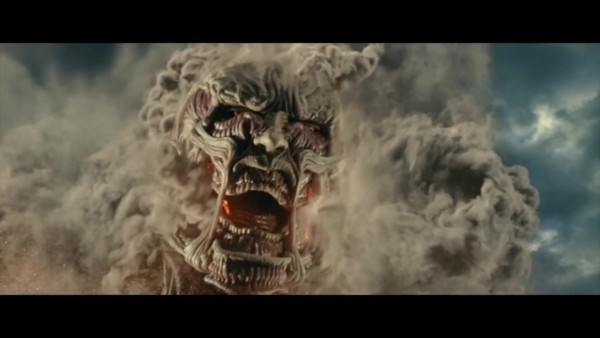 The other Titans that are shown throughout the movie are regular people (with their genitals covered, of course) blown up to look like Titans. It’s a bit unusual at first, but it actually works pretty for the most part. 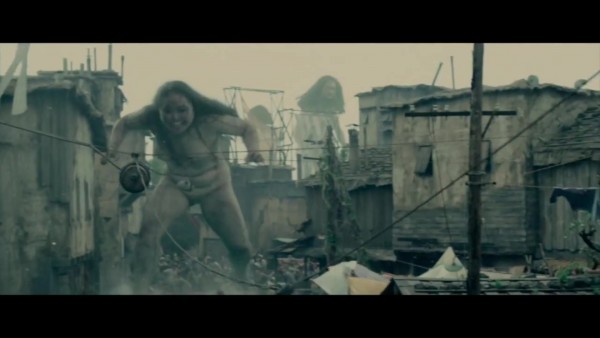 The rest of the CGI and special effects are hit or miss. The large wall around the area looks great, some sets look fantastic, but the action scenes appear to be cheap. I was expecting more action in this movie, but the little that’s available is obviously a person in front of a green screen. Additionally, many shots look heavily saturated in one color. Almost half of the movie uses a blue filter because it’s set at night. 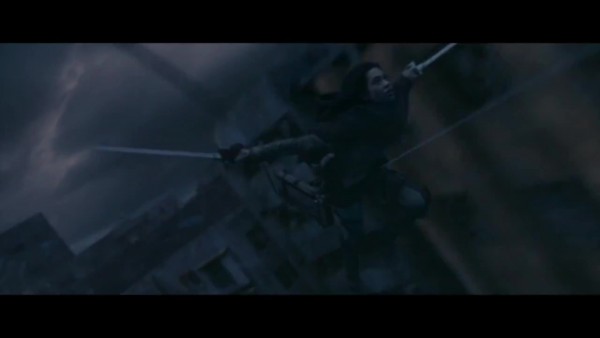 Of course, not everyone watches movies for the special effects. The story is the thing that should count, right? The story in Attack on Titan seems rather rushed. The movie tries to fit as much as they could within an hour and a half, and it’s only the first half of a two part set. The story is barely present, as if it’s relying on the action — again, which there is little of — and you aren’t given enough time with most of the characters to even care about them. The only characters you will care about even a little is Eren and Mikasa who are given a tiny bit of time to develop. Everyone else can easily be thrown away, including Armin. 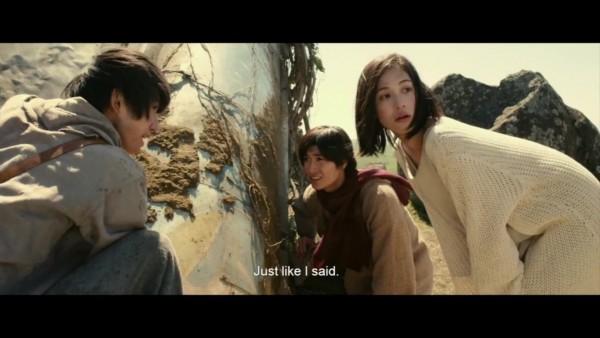 The actors that portray these characters are pretty average. For instance, when the group sees a massive Titan for the first time in their lives, they should be incredibly shocked and scared. There was a great scene in the Anime that showed everyone in town at a stand still with their mouths and eyes opened wide. However, only one of them looks a tiny bit frightened at first. The general panic that comes after was great, however. Not every single primary actor is bad. The actress portraying Hanji (also spelled Hange) is very enthusiastic and doesn’t take you out of the movie at all. One other actor play a new character way over the top and just oozes sleaziness and arrogance, but I’m not sure if this is on purpose seeing as how it’s an entirely new character. 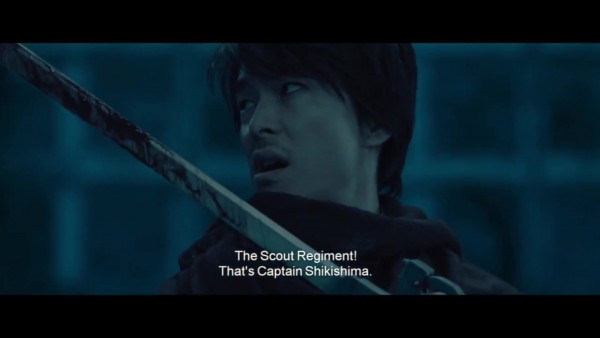 It just seems like this movie has way too many strikes against it. The story is barely present as if the movie was relying on its action, yet there’s not enough action available and the special effects are pretty terrible. Maybe if they spent more time developing the characters like the show did, then viewers would care a little more. Remember, this is only one of two Attack on Titan movies. The second half could make a new fan slightly interested in the series, or it could just end up as an overall disaster. Until then, I do not recommend this movie to anyone.

If you’re a fan of the series and want a quick opinion on the movie, here it is: Do not watch the movie if you want to see or re-experience the story from the anime. I’ll explain why below and include spoilers from the movie and the TV show.

Think of the Attack on Titan anime, then take the names of the three main characters, the names of two supporting characters, and throw it together in a world based very loosely on the first seven episodes of the anime with a running time of one hour and thirty minutes. That’s the movie in a nutshell.

First off, the three main characters: Eren, Mikasa, and Armin, are much older than they should be. They sort of follow the attitude of the characters they’re portraying, but they don’t have the same back story. Mikasa’s back story isn’t even given, but in this movie Eren’s parents died when he was very young. They mentioned Armin’s father being eaten by a Titan in passing once the wall is breached, but in the anime Armin was raised by his grandfather. 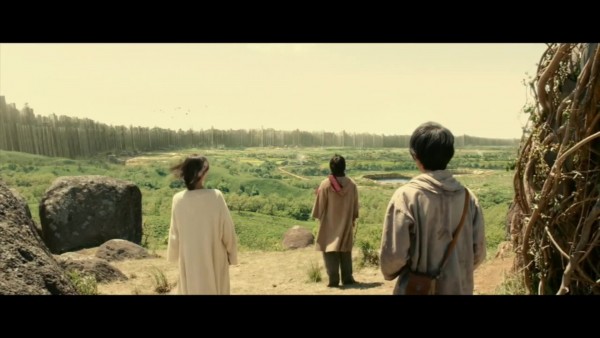 Once the wall gets breached by the Colossal Titan, everything story-wise goes to hell. Mikasa and Eren are separated while everyone is rushing by, and it would appear Mikasa is eaten by a Titan right in front of Eren. 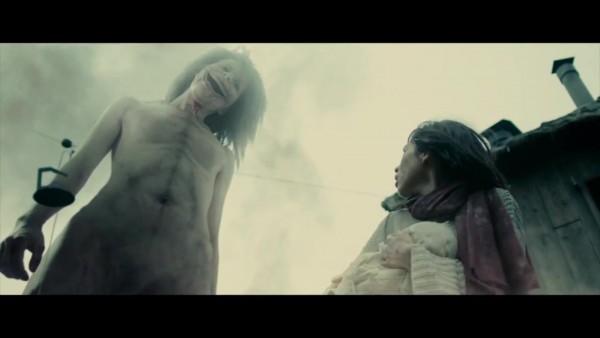 Oh yes, and speaking of Titans, there are both male and female Titans from the start. There’s even a baby Titan later on. I mention the female Titan because in the anime, nobody saw a female Titan until much later on, and it was a huge surprise.

After this event, the story jumps ahead two years — as opposed to five in the anime. Eren and Armin join the Survey Corps with no story of their training, why they would join the Survey Corps, and what three branches are available. I could look passed that if we’re trying to save time in the movie, but this may piss off some fans. 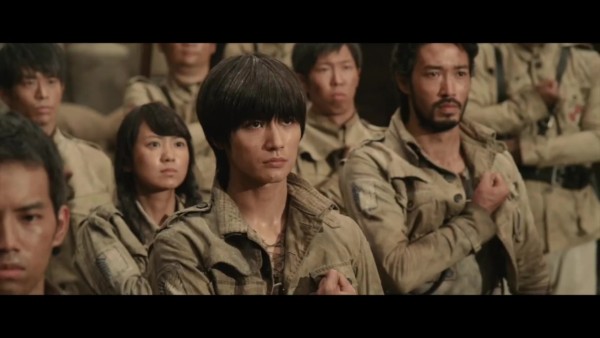 It’s not only Eren and Armin in the Survey Corps, but the movie also includes Jean and Sasha. Jean is fighting with Eren in every scene, and they make Sasha a huge potato eating joke. If memory serves me, Sasha is eating some type of potato (mashed, baked, whatever) in every scene she’s in. 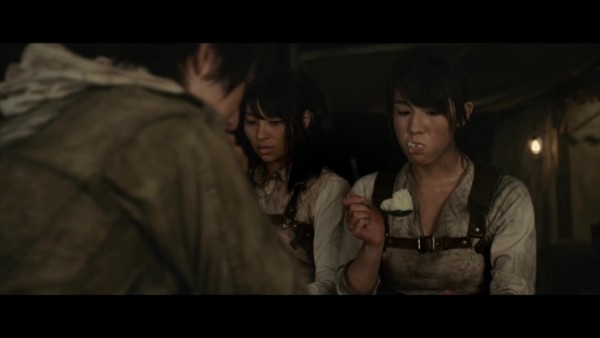 The other characters in the Survey Corps are entirely new, and there’s little story given to them. You don’t really care about them, and it seems like the creators don’t want you to care about them. You know they’re just cattle for the Titans later on. 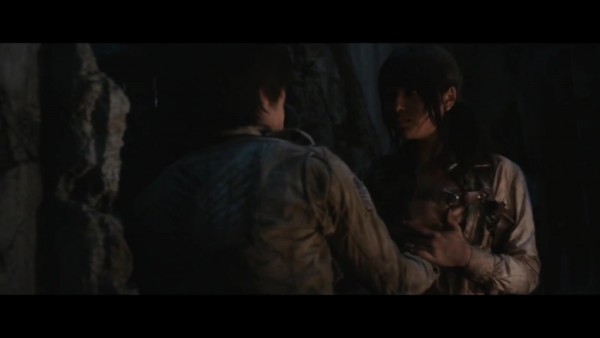 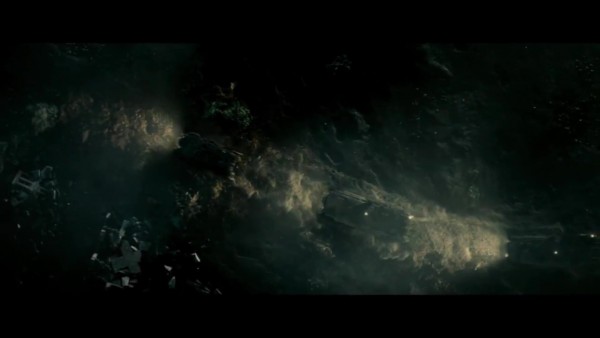 While surveying the area, the team comes across Mikasa and a completely new character named Shikishima. It looks like they tried to make him Levi-esque, but even more arrogant with a massive grin on his face. He also seems to be a love interest for Mikasa. Yes, Mikasa is in love with this new guy and absolutely hates Eren for leaving her to die, although he didn’t leave her to die and it should have been obvious to her since he was reaching out and screaming for her. Honestly, this alteration pissed me off the most. In the anime, Mikasa absolutely loves Eren and would do anything for him or to simply be near him. Why in the hell did they decide to turn that on its head in the movie?! 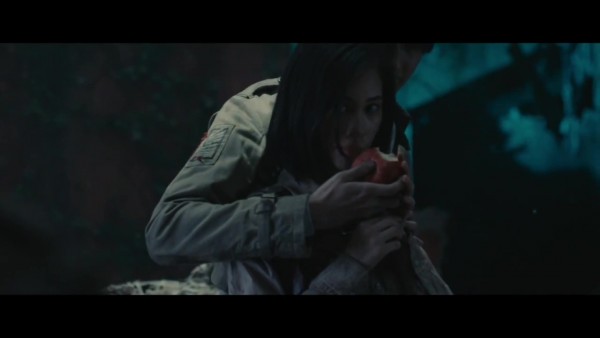 The area they were surveying is overrun by Titans, resulting in many Survey Corps casualties. Some decide to fight back. It seems like this scene replaces the second town that was attacked in the anime. Shikishima pushes Eren to fight the Titans without fear, but that’s when Eren gets his leg bitten off. Armin is almost eaten by a Titan, so Eren sacrifices himself to save Armin. 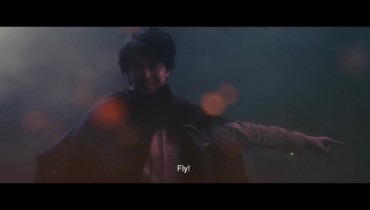 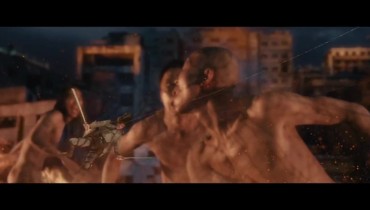 Shortly after, the Eren Titan bursts out of the Titan that ate him and proceeds to kick ass. Somehow, Mikasa knows right away that this is Eren, even though there’s pretty much no evidence suggesting this. She cuts him out of the Titan after the fight, and the movie ends there. 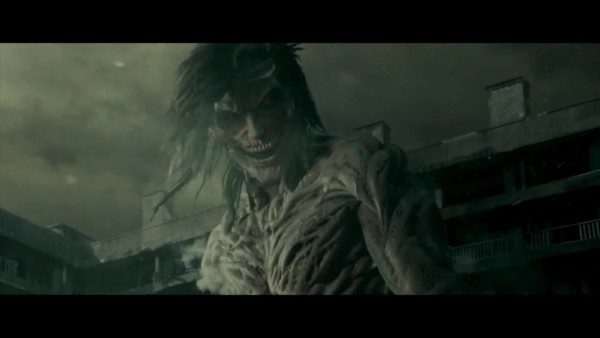 There are a few previews during the credits for the next movie. It seems to be called Attack On Titan: End of the World. It looks as if they ripped the story to shreds, created an entirely new story, and broke more rules of the anime. Again, if you’re a fan of the TV series, do not watch this movie unless you want to be incredibly pissed off.