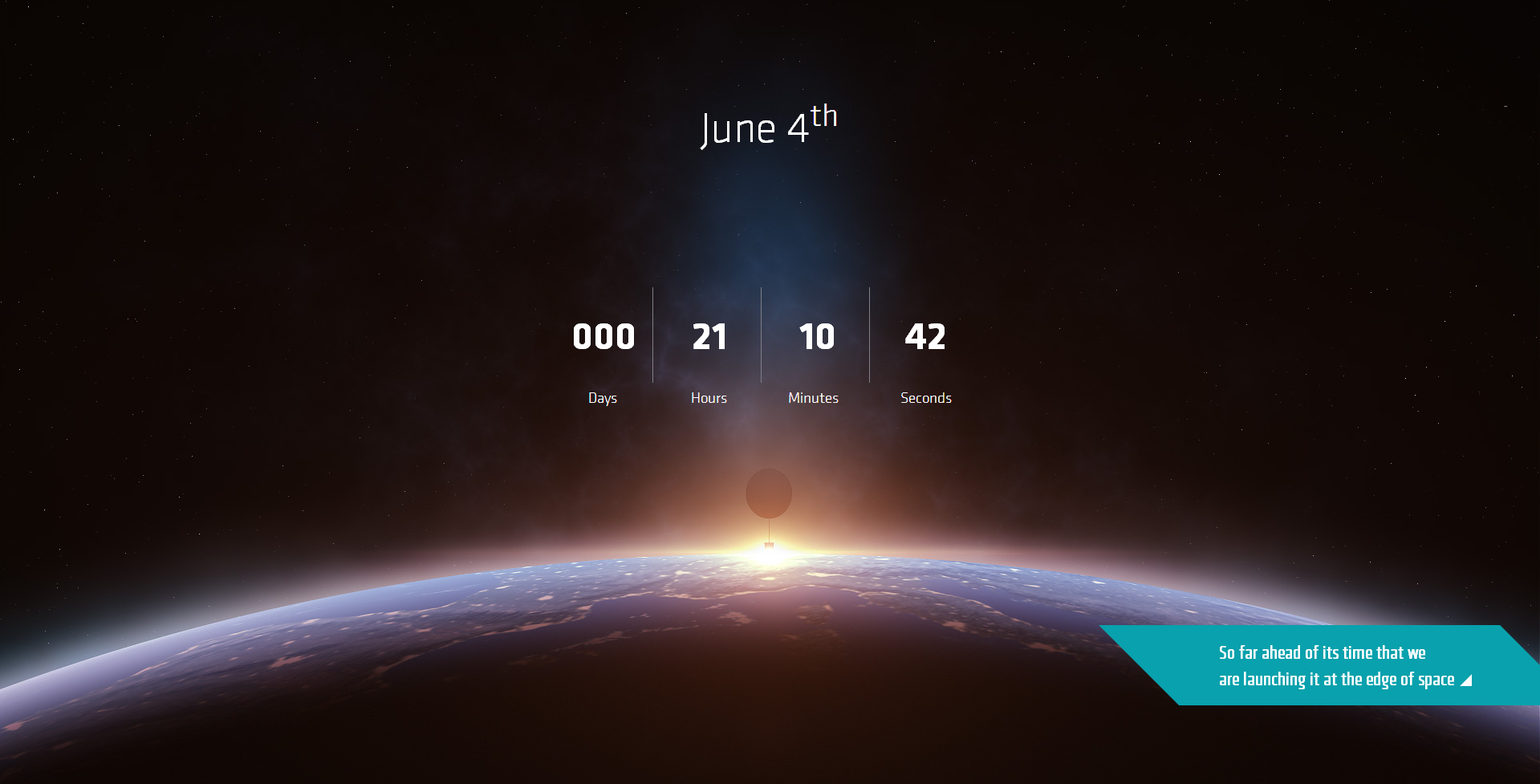 The secrets behind the website ifitcanreachspace.com were finally revealed today when the countdown reached zero.

AMD celebrated the launch of their 2014 Performance Accelerated Processing Units (APUs) by sending an enthusiast-class APU for notebooks to the edge of space. The APU was locked inside a small structure with HD cameras and advanced GPS tied to a 2 meter wide helium balloon. The balloon reached heights of 36,240 meters (118,900 feet) before crashing back down to earth 1 hour and 47 minutes later.

These performance APUs include Pro A-Series for both Mobile and Desktop use, and two FX-branded APUs with up to 12 compute cores (4 CPU and 8 GPU cores) and Radeon R7 Graphics. These APUs are the first in the world to use Heterogeneous System Architecture (HSA) features, including fully shared memory between the CPU and GPU. The key features of these APUs include:

The AMD Pro A-Series APUs are available today at online resellers and in select HP Elite 700-Series products. Below is a comparison of all 10 models. All models are DIRECTX® Version 11.2 and UVD 4.2