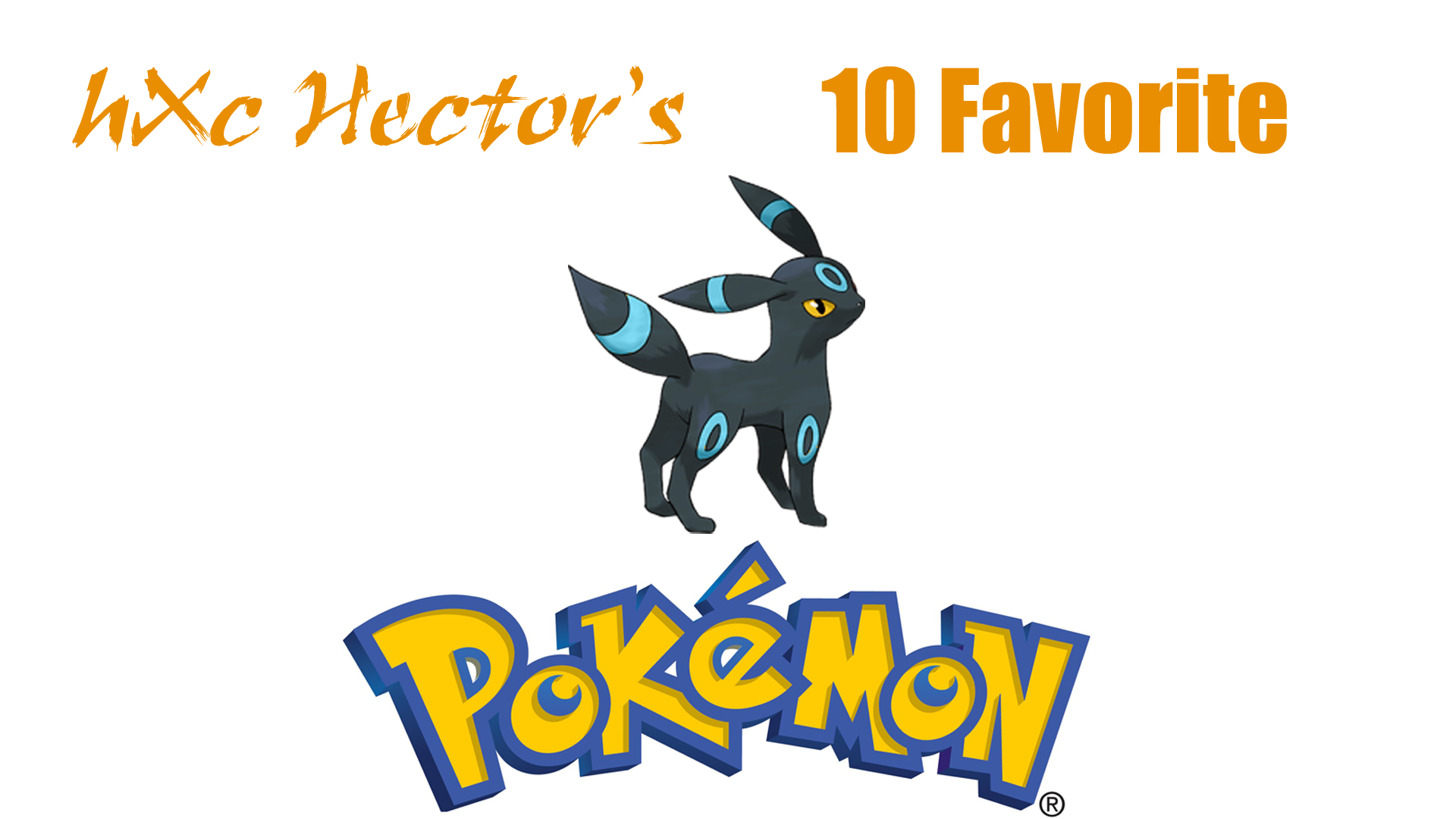 Everyone has at least one favorite Pokemon. Here are my top 10!

With Pokemon Omega Ruby and Alpha Sapphire now available, I thought I’d release a list of my 10 favorite Pokemon. There are currently 719 different species of Pokemon. Believe it or not, it was a little hard to choose 10 Pokemon because I don’t have a lot of real favorites. But, I reached a total of 10 and listed them below.

This list is in no specific order, except for the last Pokemon which is probably my number one favorite. Some Pokemon I like based on their design, and some I like based on how well they’d do in battle. Do you love any of the Pokemon I chose? What’s your favorite Pokemon? 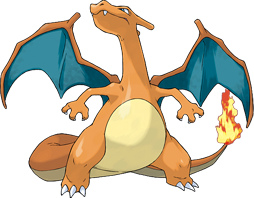 I thought I’d start off with a favorite among many Pokemon fans, Charizard! This guy is probably one of my favorites based mostly on nostalgia. Pokemon Red was the first game I ever played, and Charmander was the first Pokemon I ever chose. He quickly (and I mean quickly) grew into a Charizard. He even disobeyed me a few times while I traveled through Kanto. By the end of the game, he was around level 70!

Charizard isn’t that horrible of a Pokemon, though. Sure, he’s 4x weak against rock-type attacks, but he can learn a number of different moves, and even mega evolve into two different forms now! 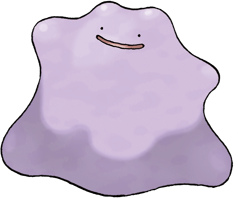 Some may think it’s cheating to choose Ditto as a favorite Pokemon since its only move is transform, allowing it to turn into the opposing Pokemon. But that’s why I like it. If you’re skilled enough, you can beat another Pokemon with their exact same moves, types, and stats! Back in the day you had to waste a turn to transform into the opposing Pokemon. There were items like Metal Powder and Quick Powder that boosted Ditto’s Defenses and Speeds, but you still wasted a turn. Now Ditto has a hidden ability called Imposter that allows it to transform into its opponent immediately upon entering battle. I haven’t used Ditto in any competitive battles yet, but I’d like to in the future. 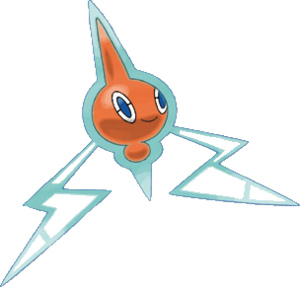 Honestly, Rotom barely made the list of my favorite Pokemon. I’ve always liked Ghost-type Pokemon. Back in generation 1 there were only three Ghost-type Pokemon: Gastly, Haunter, and Gengar. Ghost-types are strong against Psychic-types, but these three Ghost-types were half Poison-type, making them weak against Psychic-types. Furthermore, there were only two Ghost-type attacks. Lick was incredibly weak, and Night Shade would only take off HP equal to the user’s level. When Misdreavus appeared in generation 2 as a pure Ghost-type, I used it a lot, but that Pokemon still wasn’t anything special. Rotom on the other hand was a Ghost-/Electric-type Pokemon that could change forms and one special move. In generation 5, the form change boosted its stats and changed its type. Its a very unique Pokemon, so I figured I’d add it to the list based on its form changing and Ghost-type. 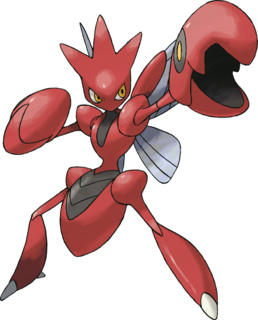 Scizor is a badass Steel-/Bug-type Pokemon. It’s the evolutionary form of Scyther, a Bug-/Flying-type Pokemon. Not only does Scizor look awesome, but it performs pretty damn well in competitive battles. I used to use him a lot back in generation three. When generation six came around, he got his own Mega Evolution! 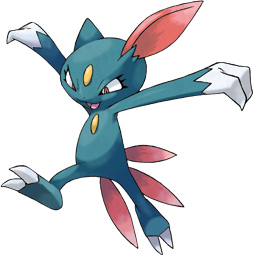 Sneasel was a favorite of mine since generation 2. He has a pretty awesome design, and is an Ice-/Dark-type Pokemon. Sure, that makes it 4x weak to fighting, but it still looked awesome. Of course, it wasn’t the strongest Pokemon around. Thankfully, when generation 4 came around Sneasel got an evolution that powered it up a bit. 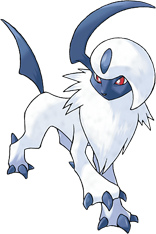 Absol is another favorite of mine based mostly on design. It first appeared in generation 3, but didn’t have the best stats or move sets. As time went on, its moves improved a bit. In generation 6, Absol got its very own Mega Evolution that boosted its stats up quite a bit. It also got an emo redesign, sort of. 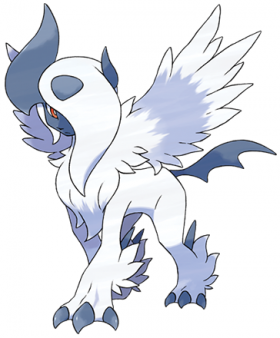 Arcanine is basically a giant dog Pokemon. He first appeared in generation 1, but I didn’t start using him all that much until generation 5. Arcanine has some decent stats, and its movesets became incredible as time passed by. Of course, it’s best if you have move tutors available to you like in Pokemon Black 2 and White 2.

Ninetales is a fire fox Pokemon. Its the evolved form of Vulpix, another one of my favorites. I figured I’d only choose one of them instead of both since I only have 10 spots. Foxes are probably my favorite real life animal. The design of Vulpix (a six tailed fox) and Ninetales (a nine tailed fox) really caught my attention back in generation 1. They’re not so bad in battle either, especially with their hidden ability Drought.

Eevee is one of the most awesome Pokemon out there. It can evolve into eight different Pokemon! Each time a new generation comes around, with the exception of generation 5, at least one new evolution made its debut. The Eevee group covers 8 of the 19 types at this time. People even create fanart with new Eevee evolution designs.

I like all the Eevee evolutions so much, I bred all nine of them with max stats and great move sets. Of course, I have my favorite Eevee evolution (or Eevelution) out of them all. 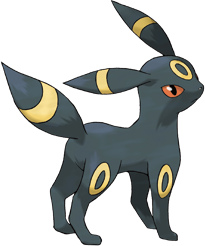 Now for my number one favorite Pokemon: Umbreon. This Pokemon is the Dark-type evolutionary form of Eevee. It first appeared in Generation 2, and that’s when I started using it. It’s mostly a defensive Pokemon, but I originally gave it an offensive move set. It wasn’t too hard defeating the trainers in Gold, Silver, and Crystal. As I became more savvy in competitive battles, I experimented with more defensive movesets.

Honesty, I like the design of Umbreon more than its stats and movesets. I prefer an all out attack over defensive strategies in battle. The shiny form of Umbreon is even cooler than the normal form. Its yellow rings change to blue, but the rest of it stays black. I traded for a shiny Umbreon with max stats back in Black 2 and White 2, and even gave it a unique moveset.