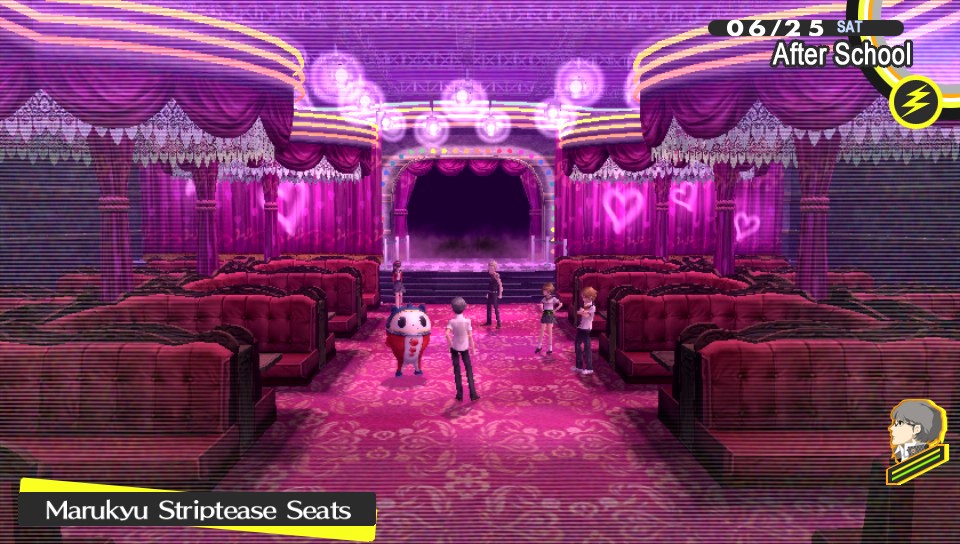 There are a total of 11 floors in this dungeon. The party will meet up with Rise on the third floor for a short conversation. The Seventh Floor contains the first boss battle of Marukyu Striptease. 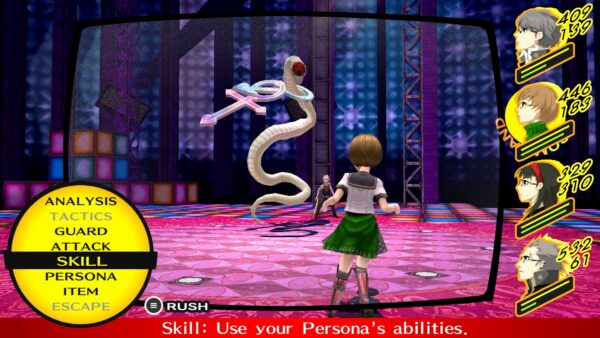 After the battle, continue up the dungeon until you reach Floor 11. Rise and her Shadow will be waiting. Make sure you’re all healed up with plenty of items for the battle up ahead. 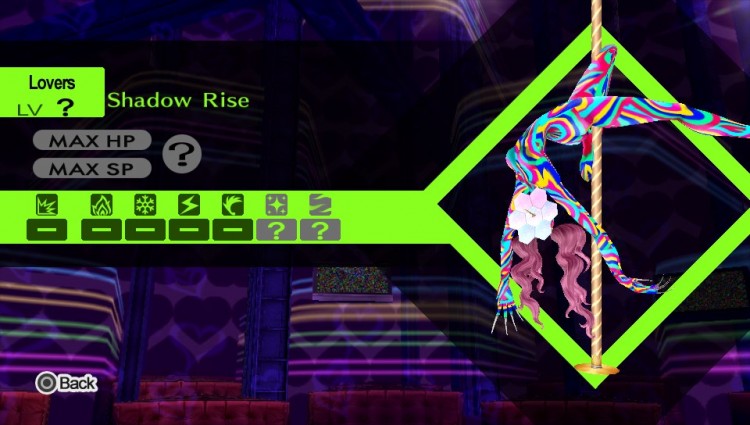 Your Party should be around Level 32-35 before trying to fight Shadow Rise to make things easier. Again, Rise and her shadow are found on Floor 11. 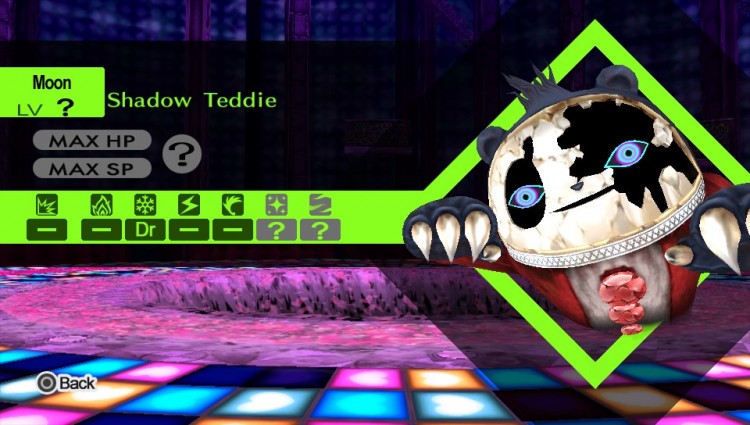 Defeat Shadow Teddie to complete the story in Marukyu Striptease, rank up the Star Social Link, and return to the real world. 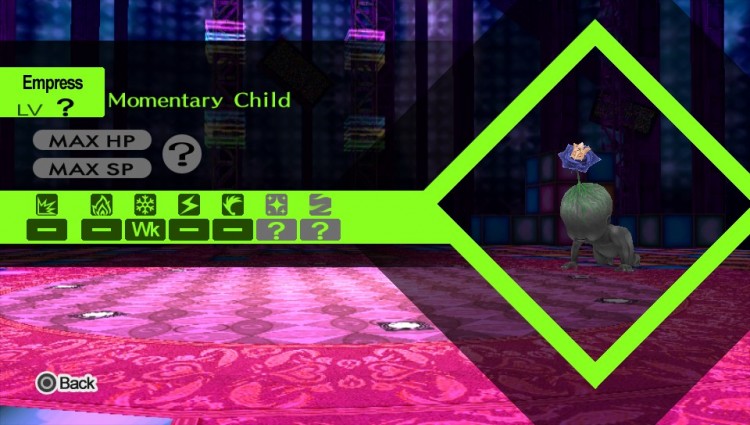 After the battle, check around the stripper pole for a new weapon for Teddie: