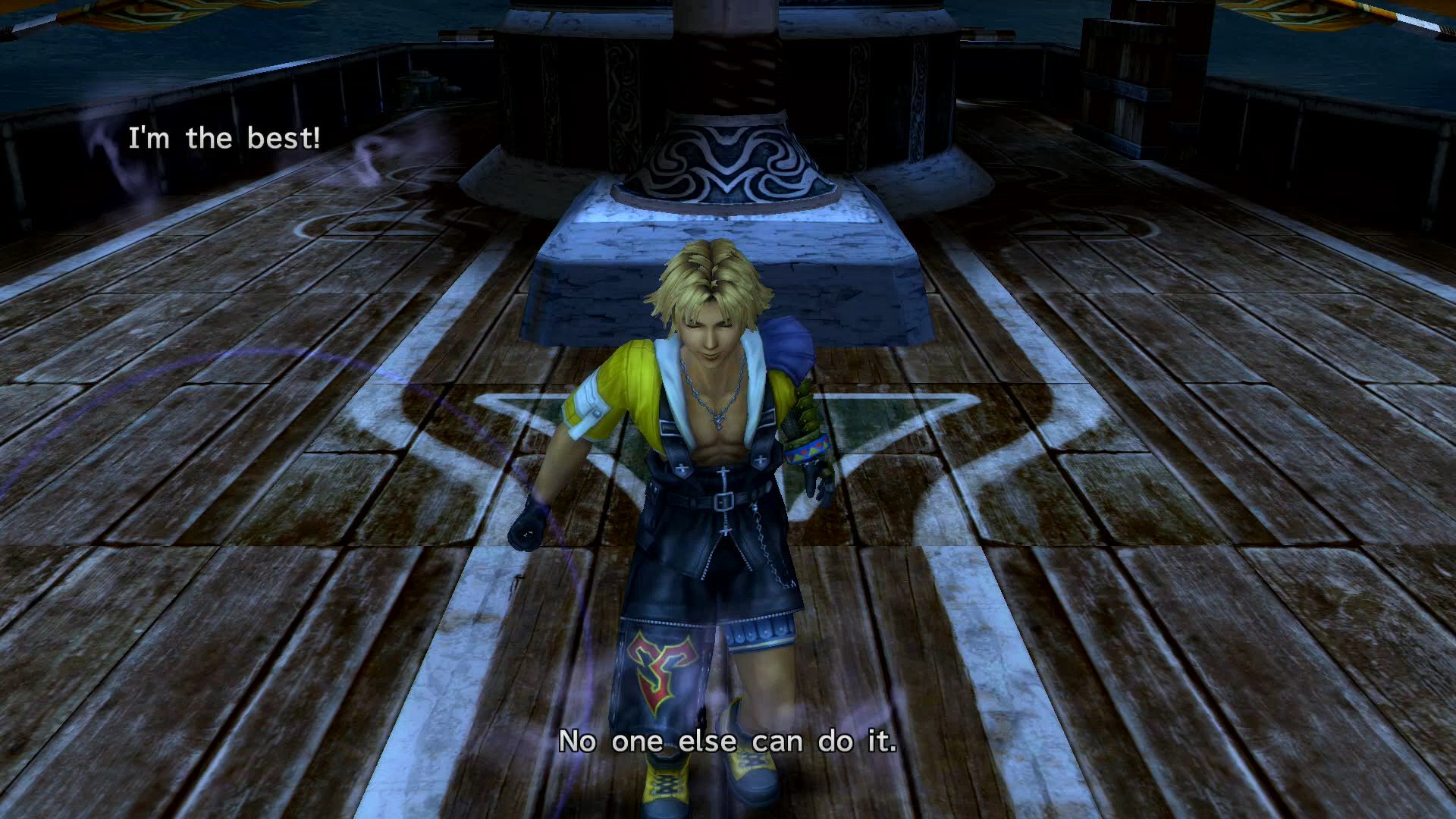 You start out in the cabin of the S.S. Winno with your team. If you look carefully, you can see a treasure chest behind the players. Inside is a Hi-Potion.

In the corridor is O’aka XXIII. Speak to him twice to lend him more Gil. Remember, try to lend him 10,0001 Gil total to get a major discount when he starts selling items.

Go above deck next and enter the Captain’s Cabin to the left. Inside is the Al Bhed Primer vol. V.

Head to the back of the boat to speak with the Luca Goers and Yuna. After the scene, walk up the stairs to hear a conversation between Wakka and Lulu. You’ll walk down when they’re done the first time, but keep going back up to hear more between the two.

When Wakka and Lulu stop talking, head to the front of the ship to find a Blitzball. A short memory will play. Afterwords, a series of memories will appear on the screen. Press X with the direction of the memory on the D-Pad to learn the very useful Jecht Shot for future Blitzball games. This is a very useful technique that knocks out to blocking players and increases the shoot stat by five. Learning the Jecht Shot will also unlock the Striker trophy. Make sure you save before attempting it.

Another scene will play out before you end up in Luca.