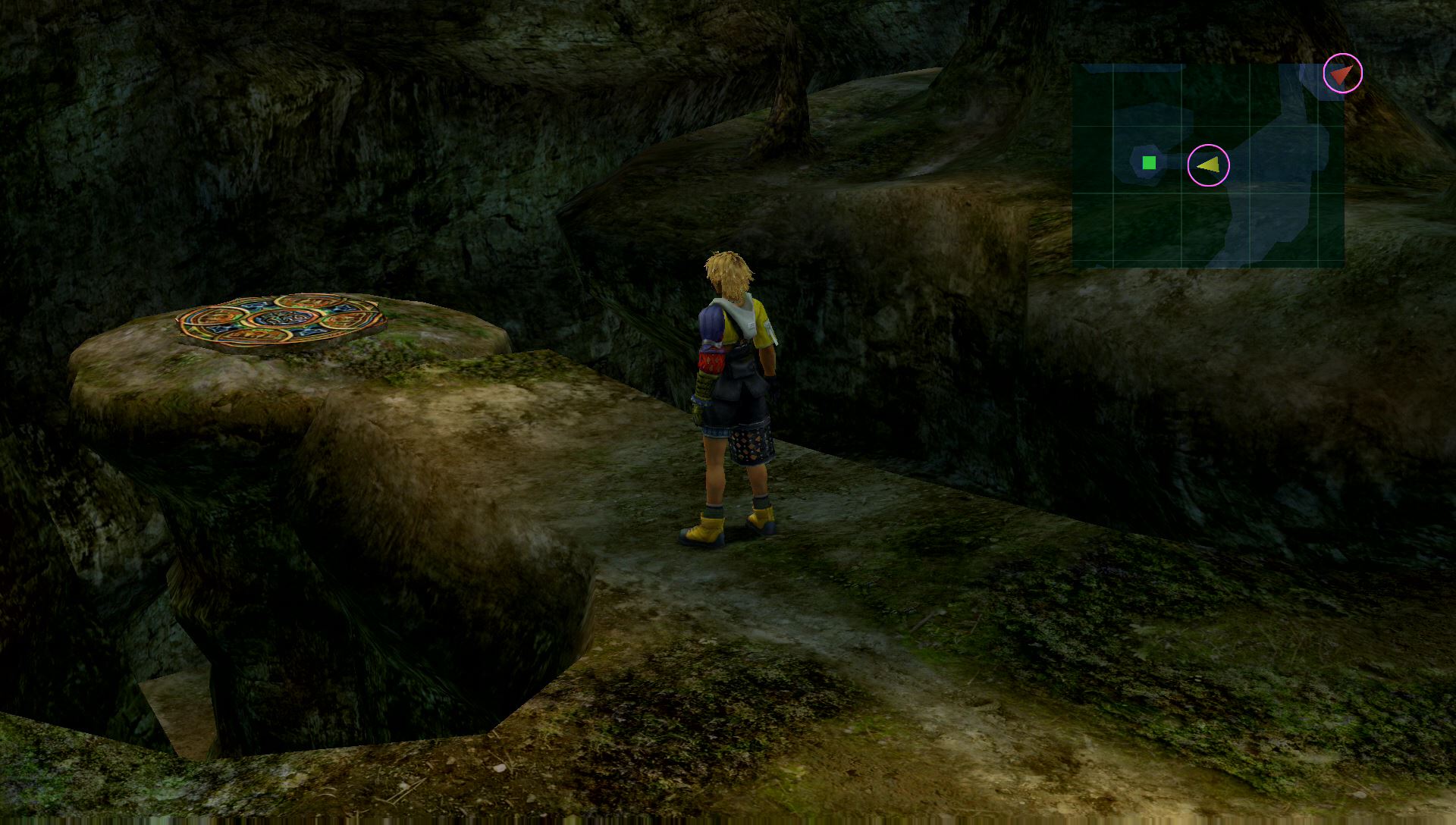 There are a large number of crusaders in this area. Speak with them all to get a variety of items. You can also buy some items from O’aka XXIII before entering the next area.

To travel around this area, you’ll have to stand on certain rocks and press X to lift up to a higher area. The rocks are marked on the mini-map, and the X button will appear on screen when you’re standing on them. Follow the path until you see a treasure chest in the shadows. This treasure chest contains 1000 Gil.

Continue along the path to the north. A treasure chest can be found along the way containing a Remedy. Much further ahead is a slightly hidden treasure chest. It’s located near a chocobo knight and stone archway, and contains a Hi-Potion.

Once you reach the end of the path, take the rock up to the next level.

Follow the path a short distance to the north, then go west to the green square on the mini-map. Take this rock down to a treasure chest containing a Serene Armlet.

Travel north until you find a spiral path in the west. Follow this path to find the Al Bhed Primer vol. X.

Head to the rock in the northeast next. It will take you to a few familiar faces near a Save Sphere. Walk south to activate a short scene between Luzzu and Gatta. After the scene, use the elevator to the east to continue towards the story. It’s best if Lulu learns Fira before you continue on. There won’t be anymore fiends in the areas up ahead.

Follow the path past the Plateau area to the Ridge area. You’ll get a number of cut scenes on the way to the Crusaders’ camp. In the back of the camp are two treasure chests containing a Mega-Potion and Serene Bracer. When you’re ready to continue the story, speak to the guard at the southeast side of the area. 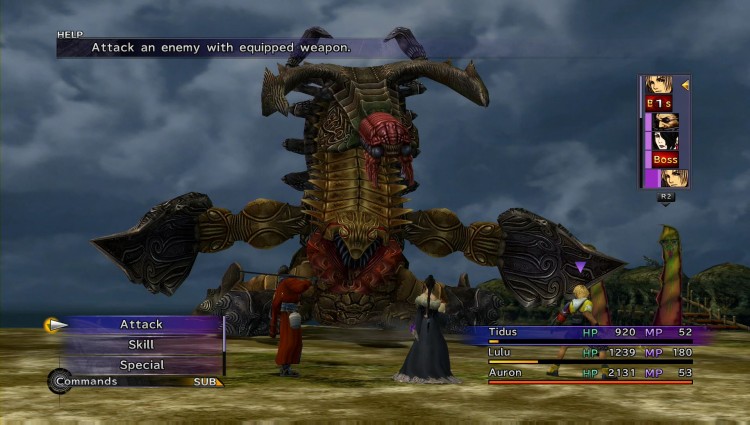 There are four spots you can target on Sinspawn Gui. If you try to hit its body, it will block attacks using its armored arms. Try taking the arms out with a single Level 2 black magic spell from Lulu, or use Auron and Kimahri’s piercing weapons. After a few turns of no arms, Sinspawn Gui will regenerate them, so make sure you attack the body when you have the chance!

When you see the prompt “The head is moving suspiciously!” that means Sinspawn Gui will use its venom attack. The venom attack causes damage and inflicts poison to one target. Try attacking the head with long range attacks from Wakka or Lulu to prevent the venom attack. If you kill the head, it will not regenerate, and the venom attack will not be used again. 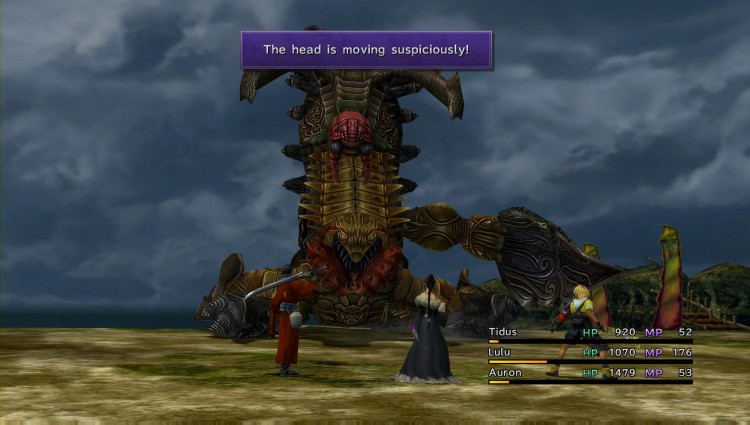 Take out each part of Sinspawn Gui one by one. Make sure each party member gets a turn as well to receive a ton of AP.

After defeating the beast, a second Sinspawn Gui will come in. Luckily it won’t be as strong, and Seymour will join your party to make quick work of it. 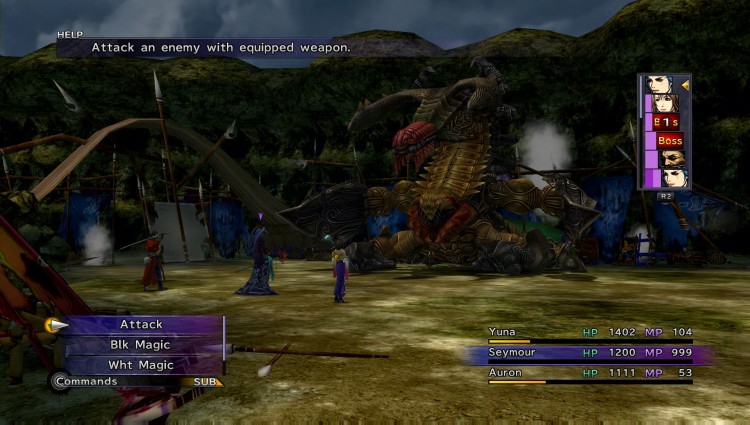 Have Yuna heal the party as Seymour and Auron deal the damage. You won’t be able to switch party members in this second battle, but it shouldn’t take much to eliminate it. Side Note: This is the only time you can see Seymour’s Overdrive in the entire game!

After the battle, find and speak with Gatta near the mountains. A lengthy and mysterious cut scene will play out.

When you regain control, walk over to the northwest side of the beach to find a treasure chest containing a Hi-Potion. Save your game at the Save Sphere and continue on to Djose Highroad in the east.