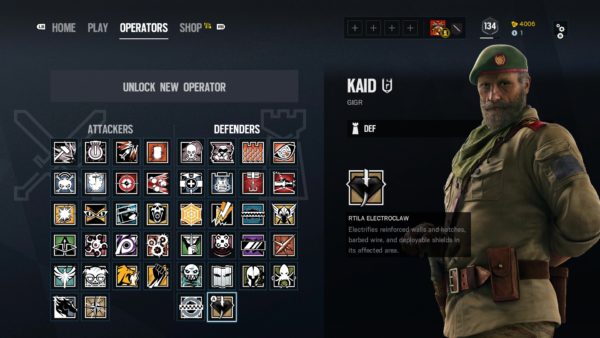 Kaid’s unique ability is the RTILA Electroclaw. This electrifies any metal object within a small vicinity of the device, which will destroy most electrical gadgets that touch it. The electricity will also damage any Operator that touches the metal surfaces. Electricity does approximately 3 HP worth of damage per tick, and there are about three ticks per second for electric damage.

All gadgets that can be destroyed by electricity are listed below, including friendly gadgets!

Two Electroclaws are available per round. They can be destroyed with firearms, explosives, Thatcher’s EMP grenades, and Twitch’s shock drone.