How to Unlock Items 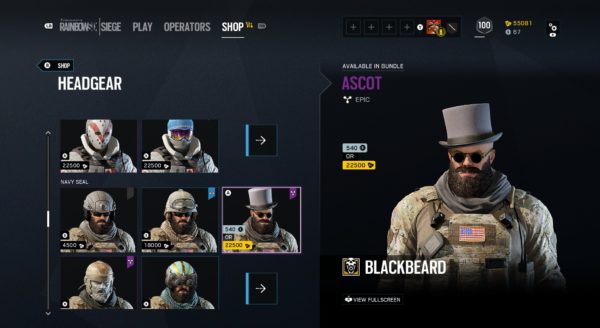 Rainbow Six Siege features various aesthetic items to customize your favorite Operator. These items are purely for show and do not alter gameplay! There are four different item sections in Rainbow Six Siege: Headgear, Uniforms, Weapon Skins, and Charms 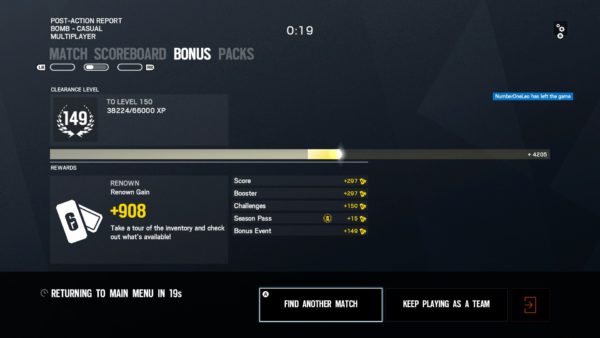 The primary currency in Rainbow Six Siege is called Renown. It is shown by golden dog tags in the top-right corner of the menu screen. Renown is earned alongside XP after playing Situations, Terrorist Hunt, Multiplayer, or completing Daily and Weekly challenges. Ubisoft estimates that it’ll 1 hour to earn 1000 Renown. 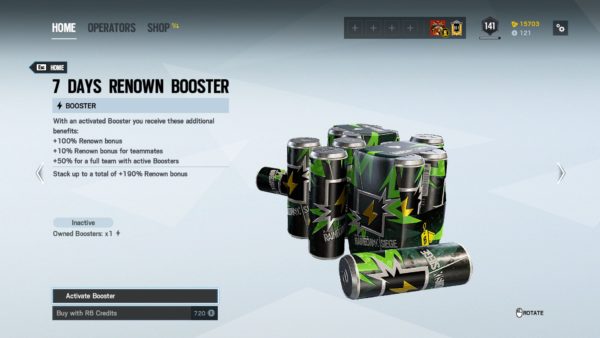 Purchase and activate Boosters to gain a 100% (2x) Renown bonus while giving teammates a 10% (1.1x) Renown boost. The more teammates with boosters, the more Renown will be earned all the way up to a 190% (2.9x) increase. After purchasing a booster from the shop using R6 Credits, activate it at the main Rainbow Six Siege menu. All Renown earned in game will be increased until the booster’s timer runs out. If you’re currently in a match, the Renown boost will remain active until after the results of the match.

Don’t forget about the daily and weekly challenges to earn some bonus Renown. Weekly Challenges reset every Tuesday at 12pm UTC. Daily challenges can be found at the main menu, and reset at 12am UTC. 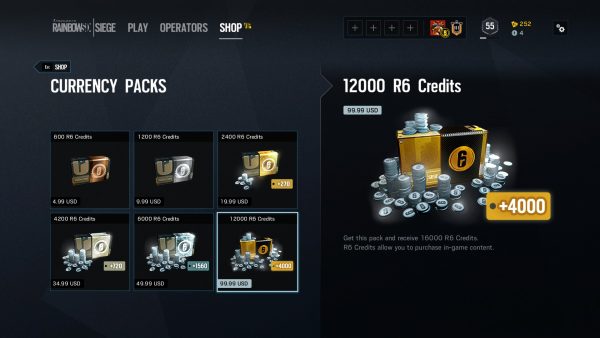 The micro transaction coins used in Rainbow Six Siege are called R6 Credits. They can only be purchased with real money, and the prices in United States Dollars are listed in the table below. The bonus credits will be automatically added to the base credits. If you buy the $99.99 pack, you will receive a total of 16000 R6 Credits. The table is listed this way because the game lists them this way, and the bonus amount might change in the future. 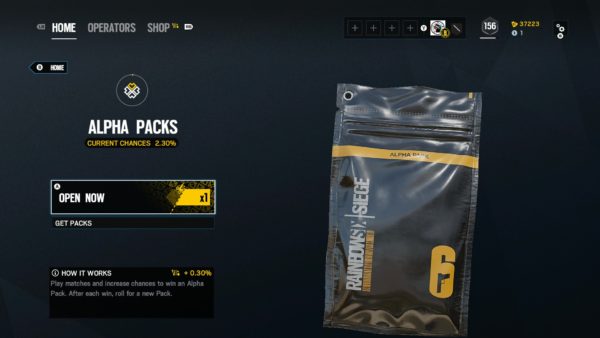 In addition to unlocking items from earning Renown or buying R6 Credits, a random item can be unlocked through a special type of ‘loot crate’ in Rainbow Six Siege known as Alpha Packs. Each Alpha Pack contains a single random aesthetic item that can be purchased from the Shop from three categories: headgear, charms, and weapon skins. Additionally, select legendary items can only be found through Alpha Packs. Rarity of items found in Alpha Packs are ranked as common, uncommon, rare, epic, or legendary. 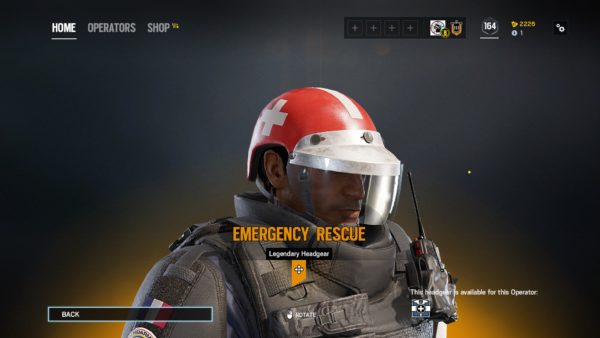 If you receive a duplicate item that has already been unlocked, you will receive a certain amount of Renown based on the item category and rarity. The table below lists all known Renown duplicate amounts. There are two amounts for rare weapon skins because universal weapon skins will give more Renown than weapon skins for a specific firearm.

The packs can be either won at the end of a multiplayer match or purchased with Renown. Buying packs is simple enough to understand. Go to the alpha packs option from the main menu, select “get alpha packs,” and use Renown you’ve earned in game. If you want a specific item, it’s best to save up and buy that item yourself instead of hoping to get it in a pack. After that, it’s fine to spend money on Alpha Packs since there are many rare items that can only be unlocked through these packs.

Obtaining Alpha Packs through Multiplayer is partially luck and partially team skill. Players must win a casual or ranked multiplayer match to roll for a chance to win a single pack. A circle with a thick line will spin on screen during this “roll.” If the arrow on the right side of the circle lands within the thick line, you’ll win an Alpha Pack; but if it doesn’t, your chances to win an alpha pack will increase a small amount.

VIP / Season Pass holders will receive an additional 0.30% increase after each match, regardless of the match results.