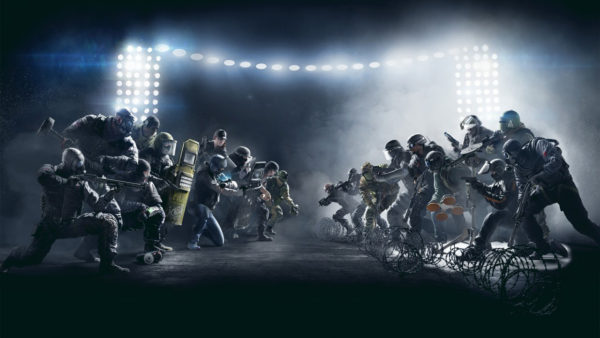 Operators are the various characters that can be unlocked and selected in Rainbow Six Siege. Each Operator specializes in a particular form of combat and play style, and sometimes they will even feature unique weapons not found in other units. As of Year 4 Season 3, there are a total of 50 operators in Rainbow Six Siege.

The different Operators are often divided into attackers and defenders. This is because the Operators can only be chosen depending on the team’s current position in the round (offense or defense).

Additionally, each Operator has an Armor and Speed rating to differentiate play style. Speedy players must rely on both speed and accuracy because their armor is too light to take much direct fire. Armored players often rely on their heavy-duty weapons and defense because the weight will make them far too slow to move around.

Each Operator’s can equip one primary weapon, one secondary weapon, and one gadget. Furthermore, every operator has their own unique ability which could be a skill, a special weapon, or an advanced piece of equipment. Use different loadouts to create the perfect combo. I used seven roles to explain the different Operator specializations in Rainbow Six Siege.

All Operators can be unlocked with Renown or R6 Credits in Rainbow Six Siege. The original 20 Legacy Operator are unlocked with 500, 1000, 1500, and 2000 Renown depending on how many Operators are currently unlocked in that CTU.

Post Launch Operators (Year 1, 2, 3, and 4) are unlocked with varying amounts of Renown and R6 Credits. As time goes on, the older Operators become cheaper.