Rainbow Six Siege features a total of three multiplayer game modes that will randomly rotate in the Casual playlist. These game modes are Hostage, Secure Area, and Bomb. One or two of the three casual multiplayer game modes can be de-selected in the matchmaking settings under options, but it might take longer to find a game. Click here for a tutorial video on how to change matchmaking settings. The Newcomer and Ranked playlists only feature the Bomb game mode.

The three sections below will describe the basic rules of the three multiplayer game modes, then provide a few tips and tricks for both attacking and defending Operators. 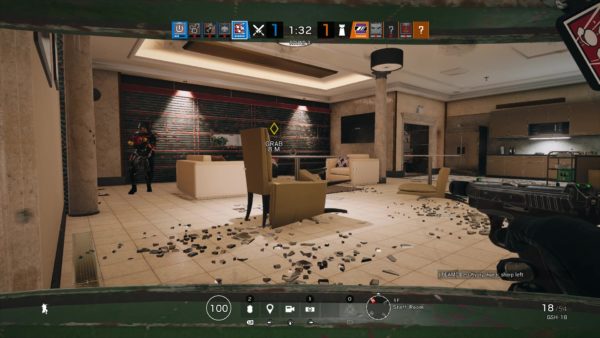 Hostage is one of the three multiplayer game modes in Rainbow Six Siege. Attackers must locate and extract a human hostage while defenders attempt to keep the captive alive and secured within the building.

If the hostage is injured and downed, they must be revived by the team that caused the injury within 30 seconds or else they will bleed out and die. Killing a hostage will result in an instant round loss for the team. 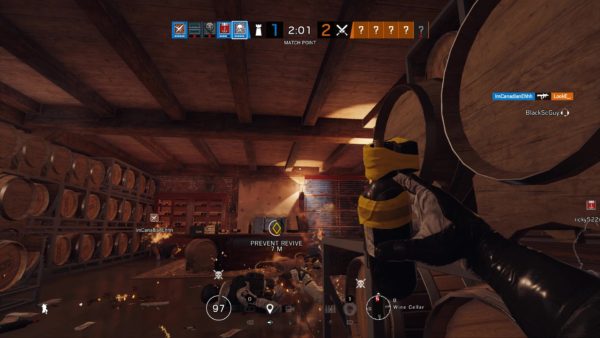 While moving from room to room, be sure you know who and where you are shooting. While friendly Operators are outlined in white, the hostage is not. It is easy to accidentally shoot and kill the hostage.

Refrain from using explosives near the hostage unless they’re breach charges to enter the room or create a new line of sight.

Once your team secures the hostage, they only need to run out and away from the building towards any red flares. Do not take a new route, as you might come across a hiding defender or run into an unseen trap. Always go back the way you came or move with a friendly Operator.

Shield-bearing Operators are great for hostage because the ballistic shield will be placed on their back while extracting the hostage. They can also move with friendly Operators to protect the front or rear, depending on where the threat is coming from.

Use as many gadgets as possibly near the hostage or at the doors and windows of the objective room. Barbed Wire is essential to slow down any speedy Operator who wishes to run in and out with the hostage.

The hostage can be used as a human shield by crouching behind or even going prone next to the captive.

Another option is to have the hostage out in the open while you wait in an unsuspecting place. As the attacking Operator(s) come in, use gadgets to debilitate and get the jump on them.

Reinforce every soft wall around the objective room with a steel barricade. If there is a hatch above the hostage, make sure that has been reinforced too. The steel can then be electrified by Bandit and Kaid. 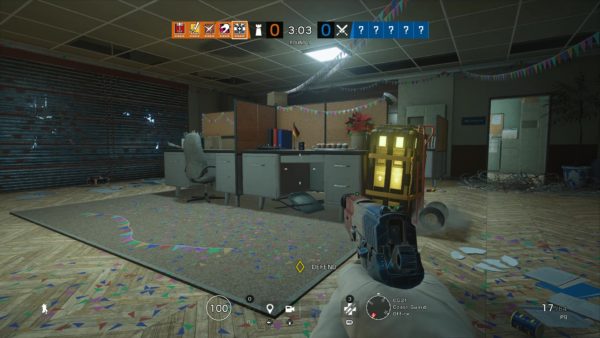 Secure Area is one of the three multiplayer game modes in Rainbow Six Siege. Attackers must locate and secure a biohazard container by remaining near the objective for 10 consecutive seconds. If a defender is also near the objective, attackers cannot begin securing the area.

Securing the objective will alert both teams, so there is no use in sneaking into the room. Have your team enter from various points around the objective room to throw the enemy team off. If all attackers enter through the same door, they can easily be picked off by one Operator, or all defenders can focus their fire power on this one spot.

If the objective room is left empty, disable any enemy traps and begin securing the objective. Quickly shift your attention to the doors and windows into the objective room. The defending team will likely take the easiest way back into the room to stop the container from being secured.

Defenders must stay very close to, or even within, the objective room or it can be taken by attackers in a short time. An option is to fill the objective room with traps, but the traps cannot be countered by the same attacking Operator.

Reinforce every soft wall around the objective room with a steel barricade. If there is a hatch above the biohazard container, make sure that has been reinforced too. The steel can then be electrified by Bandit and Kaid. 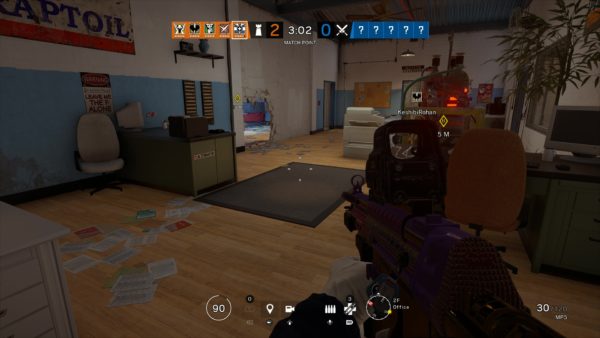 Bomb is one of the three multiplayer game modes in Rainbow Six Siege, and the only game mode in Ranked. Attackers must locate and defuse one of two bombs by standing close to the sites and setting down an electronic defuser. Defenders must keep both of the bomb locations secure. If the defuser has been activated, defenders must then locate and destroy the device within 60 seconds.

This is the most difficult multiplayer game mode because there are two objectives, but only one needs to be taken down. Both teams must spread out over a larger portion of the map compared to the other two game modes. It’s even possible for one bomb site to be a floor above or below the other.

The defending team will not be notified of any attackers on the bomb site until a defuser is planted. Use this opportunity to sneak onto one of the two bomb sites and plant a defuser where it can easily be guarded by attackers.

Depending on the map and location, a small hole can be made into a bomb site through a breakable wall. An attack Operator can then crawl into the hole and plant the defuser. The defending Operators must locate the defuser and attempt to destroy it while your team has direct sight of the device.

Once a defuser is planted, place a Claymore nearby to kill any defender that might rush in to destroy the device. Do not plant a defuser on a hatch. If the hatch is destroyed, the defuser will instantly be destroyed, as well.

There will likely be far too many walls to reinforce in Bomb. Only reinforce select walls to funnel your enemies towards your traps and waiting teammates.

Breach the wall between the two bomb sites to easily move from one to the other. An impact grenade or shotgun works best. Of course, if the bomb sites are separated between floors, you will only be able to jump one-way down a hatch into the next bomb site.