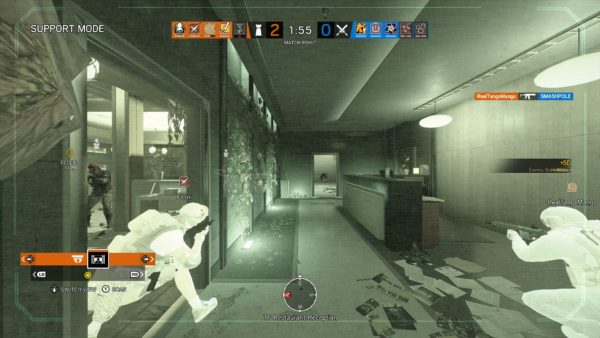 Multiplayer is the most difficult, and some say the most fun, game mode in Rainbow Six Siege. It’s definitely the main reason why this game is still alive and buzzing years after its release. Five players face off against five opposing players online in three to seven rounds. The team to reach the score limit will win the match and roll for a chance to win an Alpha Pack. There are currently four different playlists for multiplayer: Newcomer, Casual, Unranked, and Ranked.

Only players below Clearance Level 50 will be able to access this playlist. The only game mode available in Newcomer is Bomb, and the only maps in rotation are Bank, Consulate, and Chalet. Night mode for maps will not be available either.

The Preparation Phase lasts 0:43, while the Action Phase in Newcomer lasts 3:30. All defender locations are randomly selected, and attackers can select one of several spawn points. Teams switch between attacking or defending after every two rounds.

To win a game in Newcomer, a team must win a total of three rounds. If the teams tie 2-2, the game goes into overtime where the winner of the next round wins the match.

Quick Match is the global playlist for all Rainbow Six Siege players online. Everyone will have access to this game mode from the start. The game modes available in this playlist include Bomb, Secure Area, and Hostage.

The Preparation Phase lasts 0:43, while the Action Phase in Casual lasts 3:30. All defender locations are randomly selected, and attackers can select one of several spawn points. Teams switch between attacking or defending after every round.

To win a game in Casual, a team most win a total of three rounds. If the teams tie 2-2, the game goes into overtime where the winner of the next round wins the match.

Unranked is the multiplayer playlist for players who take the game a bit more seriously and wish to test their skills.

Only Operators who have reached Clearance Level 10 can access the Unranked playlist. This playlist has all of the same rules as Ranked. The only difference is your rank and MMR will not be affected. Read more on the rules of Ranked below.

Ranked is the toughest multiplayer playlist in Rainbow Six Siege. After playing ten full matches of ranked, an Operator will earn a rank icon next to their profile. All future games for the remainder of the season will match the Operator with others of a similar rank.

Only Operators who have reached Clearance Level 30 can access the Ranked playlist. Furthermore, PC players in most regions will be forced to use two-step authentication to access the Ranked playlist – and this might come to other systems in the future. Install the Ubisoft Authenticator app on your smartphone and connect it to your Uplay account to set up two-step verification.

The only game mode available in Ranked is Bomb. The playable maps will change at the start of each season. The maps currently in rotation include: Bank, Border, Chalet, Clubhouse, Coastline, Consulate, Kafe Dostoyevsky, Kanal, Oregon, Outback, Skyscraper, and Villa.

In Ranked, players cannot join a match in progress. If a player leaves or gets kicked during a game, they will suffer a Renown gain penalty, the match will count as a loss, and they will be banned from Ranked for a set amount of time depending on the number of offenses.

The Preparation Phase lasts 0:43, while the Action Phase in Ranked lasts 2:30. At the pre-round select screen, the attackers can choose any location to spawn at. The defenders must vote on a location to guard, but their location will become locked after successfully defending that area. Teams switch between attacking or defending after three rounds in ranked multiplayer.

To win a match in Ranked, a team must win four rounds; however, if both teams tie 3-3, the game will go into overtime. Overtime is best two out of three, meaning the team that wins two of the next three rounds will win the match.

The entire team’s performance determines a player’s Rank, which is shown on their profile. The different ranks in Rainbow Six Siege from lowest to highest are copper > bronze > silver > gold > platinum > diamond > champions. See the table below for all ranks and MMR required to seat in those ranks. 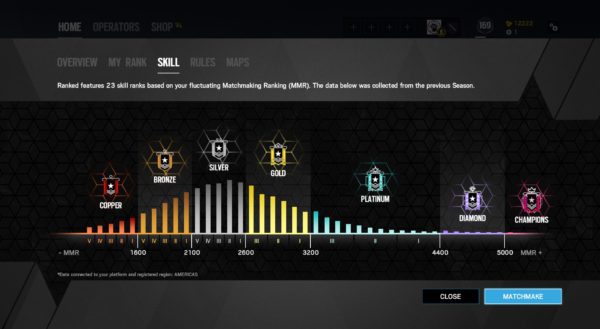 MMR is the Ranked point system in Rainbow Six Siege. Win a match to gain MMR, or lose a match to lose MMR. The amount of points you earn or lose will depend on the skill of the player and how long and often they play. These two factors are used to match players together and assign a rank.

The new Champions rank became available in Year 4 Season 3. Stay above 5000 MMR to be ranked as a Champion. Furthermore, the top 9999 players with the highest MMR will have their placement displayed next to their rank. This means there will be a definitive #1 Champion for Xbox, PlayStation, and PC.

Every now and then Rainbow Six Siege will have special Multiplayer events. Look for a small box on the lower-right corner of the screen when you log into the game for a new playlist. A map might have a special look or there might be a custom game mode available for the public.

Often times special events feature unique Alpha Packs. These special Alpha Packs contains event-specific Operator Heagear, Uniforms, Weapon Skins, and Charms. Two Alpha Packs are given at the start of each event which will unlock two random event items. All others must be purchased in bulk with R6 Credits / real money. Once the event is gone, the items can no longer be found or purchased. 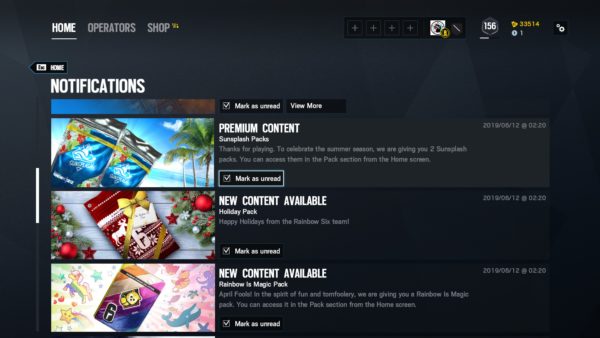 Finally, don’t forget to check each Tuesday for weekly challenges. There is almost always a new charm or weapon skin during each Holiday or Operator’s birthday. Check the bio of your favorite Operator to discover their DOB.