Pokemon Sun and Moon introduce a new type of attack called Z-Moves. These are incredibly powerful elemental attacks that can be used once per battle. 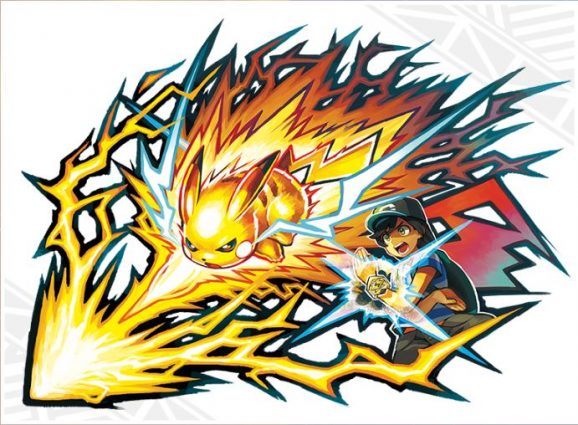 Early on in the game, you will obtain a key item called the Z-Ring. However, the Z-Ring alone isn’t enough to use a Z-Move. You will need to find Z-Crystals and allow your Pokemon to hold them in battle. Each Z-Crystal relates to one of the eighteen Pokemon types. 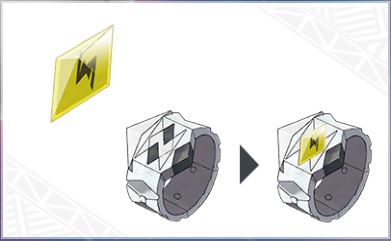 When a Pokemon is holding a Z-Crystal of a certain type, you will be able to use a Z-Move of that same type once during battle. For example, give the Normalium Crystal to a Pokemon, and all their normal-type moves will turn into a normal-type Z-Move. The power of the attack varies based on the power of the original attack. If a status move is changed to a Z-Move, the status move will work as normal and have a new secondary effect.

If the Z-Move fails or misses, another Z-Move cannot be used. At the same time, Z-Moves are so powerful that guarding moves such as detect and protect will not fully ward off damage.

Most elemental attacks will turn into the same type of Z-Move when a Z-Crystal is used. The only change between Pokemon is the base power and whether or not the attack is physical or special. The power and category is based entirely on the move that is transformed. Thunderbolt will turn into a special version of Gigavolt Havoc while Volt Tackle will turn into a physical version of Gigavolt Havoc. However, a handful of Pokemon have their very own special Z-Move. The Pokemon with their own special Z-Moves include Decidueye, Incineroar, Primarina, Legendary Guardian Pokemon, Pikachu, Alolan Raichu, Eevee, and Snorlax.