The Cerulean Cave is a dungeon located across the river to the northwest of Cerulean City. It is filled with very tough wild Pokemon, so you will not be able to enter until after you become Pokemon League Champion. Return and speak with the man guarding the cave and defeat him in a battle to gain entrance.

Defeat Harjit to receive P5,200 and TM60 Megahorn, the strongest bug-type attack in Pokemon! Before entering the cave, walk west to find a PP Max in the next route. Now you can enter the cave!

There are a lot of high-leveled Pokemon in the Cerulean Cave. It’s a great place to chain Chansey or other Pokemon to quickly level up your team. Also, check every spotlight through Cerulean Cave for hidden items that respawn every hour. Keep an eye on your Partner Pokemon’s tail.

Surf along the path to the northwest until you reach a Max Repel near a ladder.

Walk south towards the river to find a Full Heal. Finally, follow the path on land east and north. This will lead you towards a Max Revive. Those are all the items on the first floor. Take any ladder up to the second floor.

The second floor of Cerulean Cave is completely open, unlike the original layout. Interact with the different spots of light to find various hidden items that regenerate every hour.

The best hidden item regenerates once a day and can be found by interacting with the large crystal in the middle of the floor. This will give you either a Max Revive, Helix Fossil, Dome Fossil, or Old Amber. The last three items will revive into an ancient Pokemon. 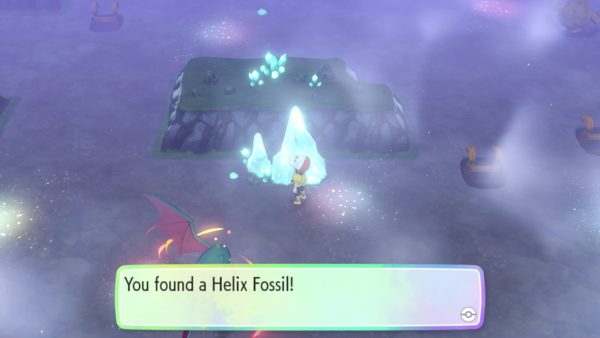 The basement of Cerulean Cave is a winding path similar to the first floor, but you will start off on the northwest corner. Follow the rocks to the northeast corner where you can grab an Escape Rope.

Continue along the path to the south, and circle up the hill to the north. A Full Restore can be grabbed near the edge. 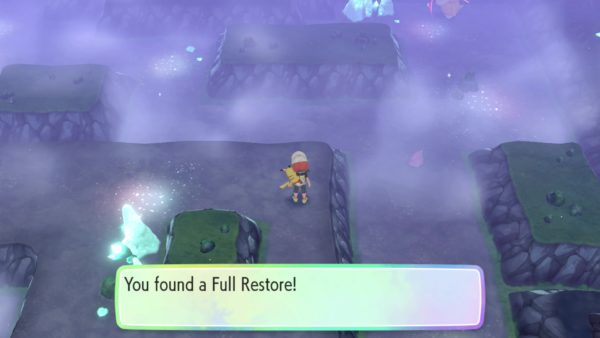 The path will circle around towards the middle of the cave where a Max Elixir rests.

A small lake can be found to the west, passed the hill. Follow this lake to the west where the strongest wild Pokemon in the game will be waiting. You can also find a PP Max in the alcove to the left of the wild Pokemon while surfing.

You will have five minutes to defeat Mewtwo. If you run out of time or your entire team falls to this beast, reload your save file and try again. If you forgot to save your game, you’ll have to beat the updated Pokemon League to find Mewtwo here again.

Mewtwo’s amnesia will boost his special defense even higher, so it’s best to stick to physical attacks and Pokemon with high attack stats. Make sure one attack does enough damage, or his recover ability will restore half his health each time it’s used. Furthermore, this Pokemon’s swift attack will always hit your Pokemon, so it’s pointless to increase your evasiveness or decrease his accuracy.

After the battle, you will be able to catch Mewtwo. It’s best to use the Master Ball from Silph Co to catch him with a single throw. If you no longer have the Master Ball, use Golden berries and Ultra Balls when the ring is at its smallest. Do not try to throw any balls while the purple barrier is up.

At the end of the match, exit out of the cave to meet up with your Rival. He will give you 3 Escape Ropes and tell you about some mysterious girl who was looking for Mewtwo. Return to the spot where you found Mewtwo to meet a girl named Green (originally named Blue in Japan). She will immediately challenge you to a Pokemon battle.

Defeat Green to receive P19,040, Mewtwonite X, and Mewtwonite Y. After the match up, Green will attempt to catch you with a handful of Poke Balls. Pick up these 5 Poke Balls after she runs off. 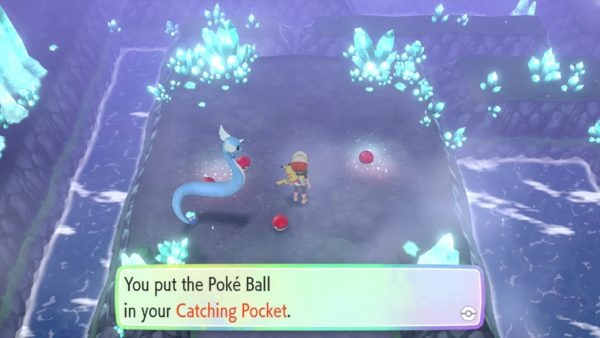 Defeat the updated Pokemon League to find her standing in the middle of Cerulean City. She will have the same team as before.